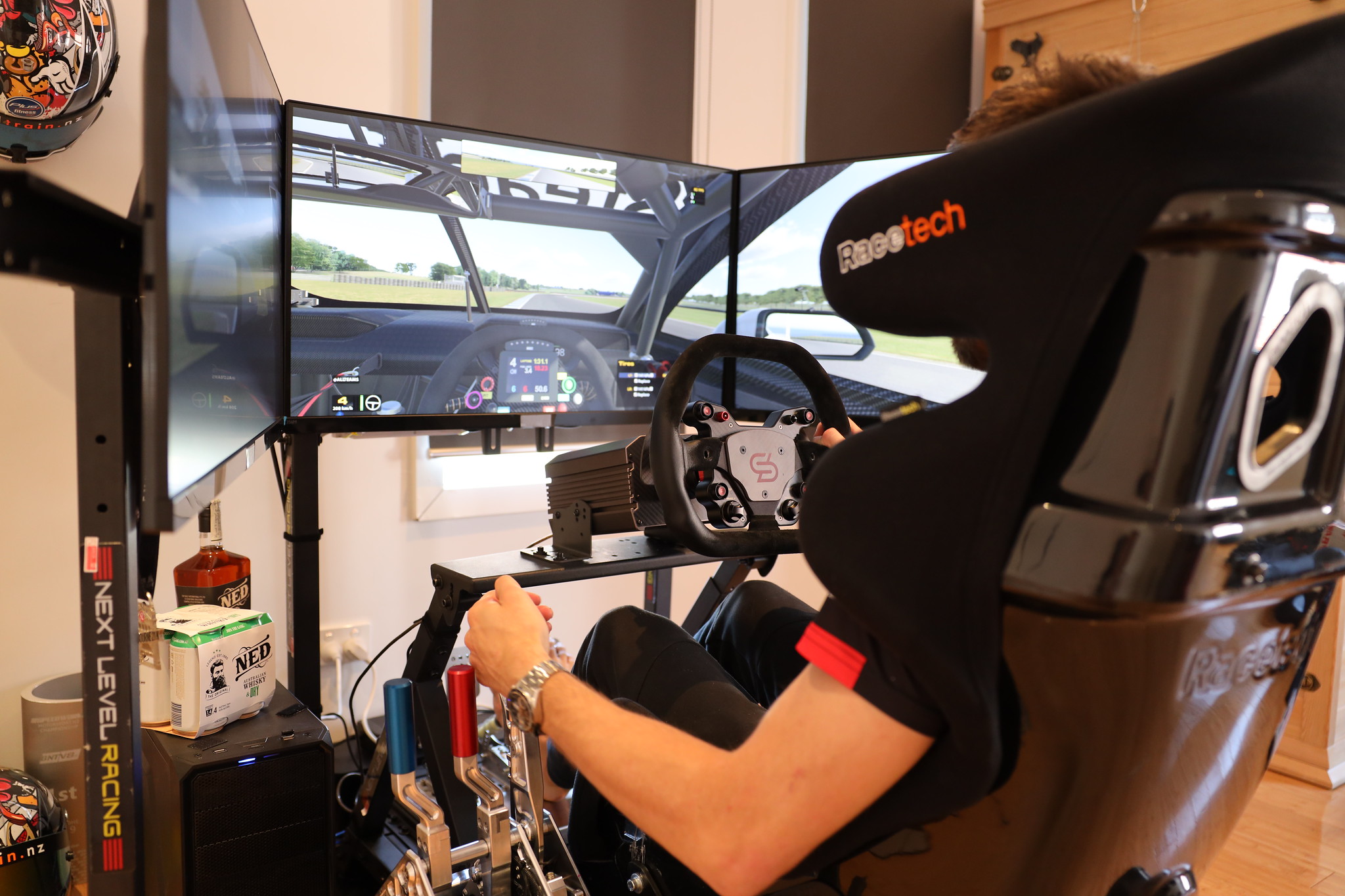 Scott McLaughlin, Shane van Gisbergen, Andre Heimgartner, and Greg Murphy are among an all-star cast of drivers raising funds for businesses in New Zealand via a new eSeries.

As a result of the coronavirus pandemic, businesses in New Zealand have been forced to close temporarily after the country went into Level 4 lockdown.

Since the restrictions were reduced to Level 3 earlier this week, some businesses have been able to reopen at reduced capacity for take-away orders only.

‘Racing Local’ is a new four-round iRacing-based online competition launched with the aim of helping those affected businesses.

The competition is spearheaded by ex-Formula 1 driver Brendon Hartley and three-time Porsche Carrera Cup Asia champion Chris van der Drift, both of whom will race.

The pair have been supported by their partners, friends, and management group to set-up the eSeries, which starts tonight.

Round 1 of the eSeries will be commentated by Greg Rust and live streamed via Speedcafe.com.

Initially, the eSeries was set to see Kiwi drivers race against each other but has been opened to the New Zealand public to form a 60-car field.

Drivers pay a minimum $20 NZD entry fee per round on a first-come-first-served basis with all proceeds going to SOS Business, a hub where people can buy vouchers for future purchases thus ensuring businesses still have income despite the lockdown.

Drivers nominate an SOS-affiliated business that they are racing for with the prize pool from each round distributed on a sliding scale.

First through to eighth gets the majority of the prize pool with ninth through to 60th receiving the same percentage. Spot prizes will also be given out during the night.

Already the eSeries has raised over $8,000 NZD in entry fees and sponsorship before the first round.

“Brendon and Sarah (Hartley) were talking with Barrie and Louise Thomlinson about starting a charity event and it just evolved from there,” van der Drift told Speedcafe.com.

“I saw SOS Business had set up because of this COVID-19 pandemic. People can donate or support companies by buying vouchers.

“It’s the little businesses now that are struggling, so we thought we could set up a competition, get some good drivers together, and put on a bit of a show.”

“Brendon said ‘What if we don’t get entries?’ and I said ‘Honestly, let’s just wait and see’,” said van der Drift.

“That first night we launched it was out of control. We were already full by the end of the night.”

As a result of the overwhelming response from the public to join the races, van der Drift said a pre-event qualifying race may be introduced.

Each week a new car and track combination will be used. The first round will see the use of the Radical SR8 at Daytona International Speedway and a 360 Sprint Car at Knoxville Raceway.

Round 1 of Racing Local gets underway at 17:00 AEST and will be live streamed via Speedcafe.com.