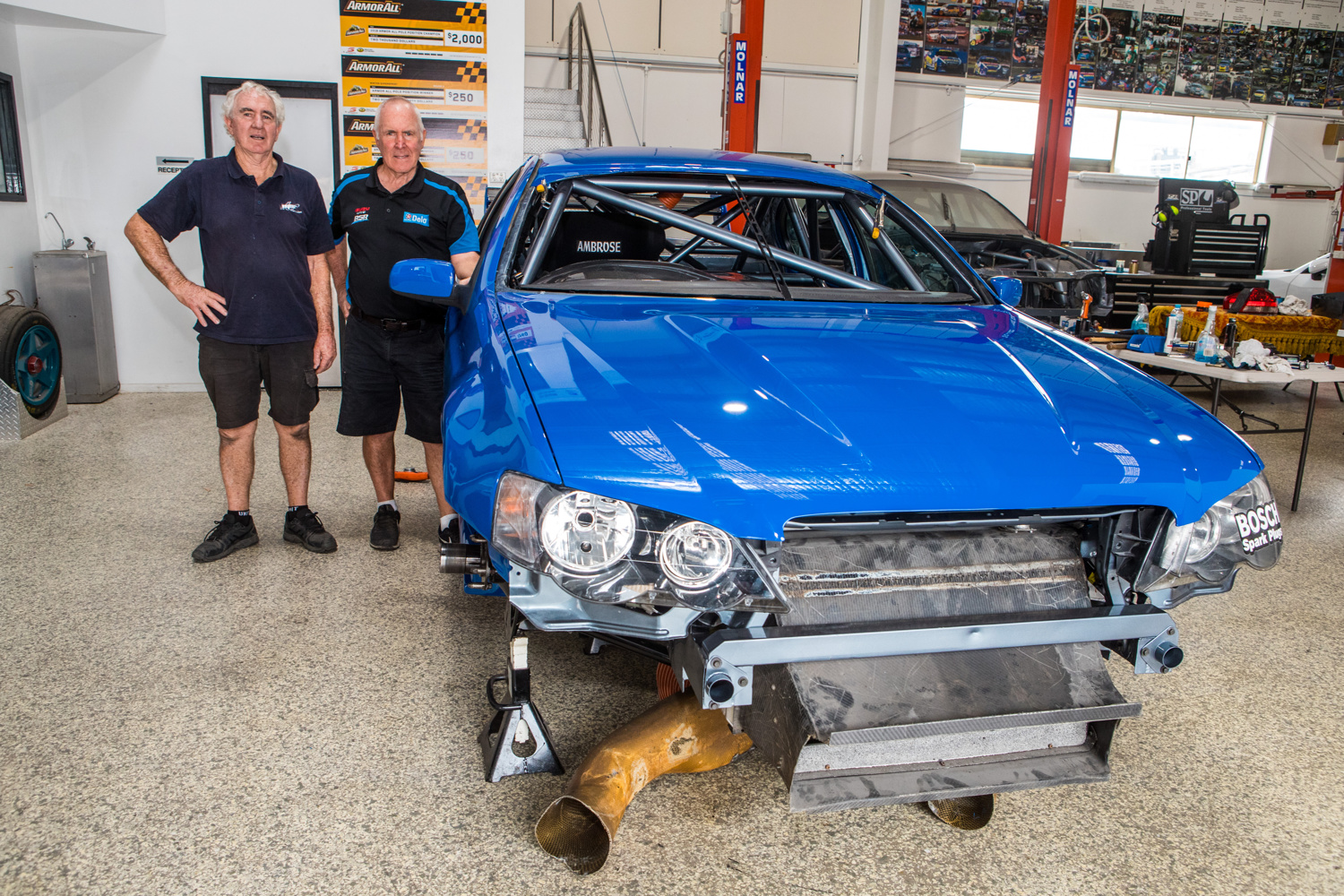 The ground-up restoration has happened over the last couple of years and has ramped up in recent months, including a race-ready engine which was part of the original pool of power plants that were in the car during the 2003 and 2004 championship seasons. 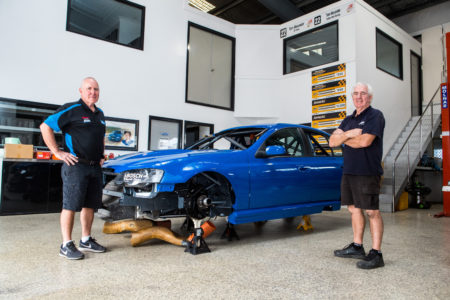 Jim and Ross Stone and their Ford Falcon BA

The first look at the re-built Ambrose car comes just days after the covers were taken off the STP-backed Ford Fusion that Ambrose took to victory lane Watkins Glen International in the NASCAR Nationwide Series.

The car was rolled for the first time in over a decade and is the first car to win a NASCAR race by an Australian.

A first look at the Falcon also comes days after Ambrose contested the fourth round of the BP Supercars Allstars Eseries in a Pirtek-backed Mustang carrying an almost identical colour scheme to his 2004 championship-winning Falcon.

The Falcon was built for the beginning of the 2003 season and served Ambrose for the next three years in what was then known as the V8 Supercars.

“We started working on it and had the panels repainted three or four years ago, but then we stopped,” Stone told Speedcafe.com.

“We started seriously again a couple of years ago and re-did all the panels and took it back to bare metal.

“We got into it again in February and now it’s about 90 percent complete and hopefully in a couple of weeks we will have it all done.” 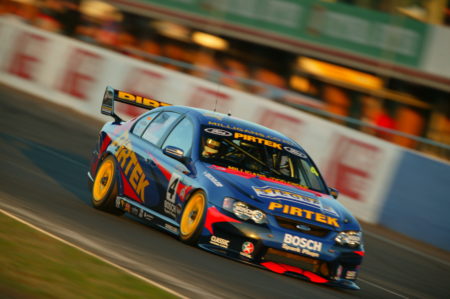 The Stone Brothers Racing crew worked night and day for a week to have the car ready for a media roll out at Queensland Raceway in early 2003, drawing a line in the sand for opposition teams.

Ambrose came out fighting by winning the first race of the championship at the Adelaide 500. That year Ambrose claimed nine race wins, 13 podiums in total, and seven pole positions.

The following season Ambrose shifted up a gear and had 20 podium finishes from 26 races, including 11 race wins.

In 2005 Ambrose was embattled in one of the most controversial seasons faced by a driver in Supercars history and finished third in the title chase to his Stone Brother Racing teammate Russell Ingall.

Ironically, the Stone brothers also retain Ingall’s car which is the next item on their restoration list.

Jimmy said the Falcon was probably the most significant car in the history of Stone Brothers Racing, but admitted the three-peat success of the team was built the previous season.

“I think the turning point for us was the two wins in the previous AU Falcon at the final round at Sandown in 2002,” said Jimmy. 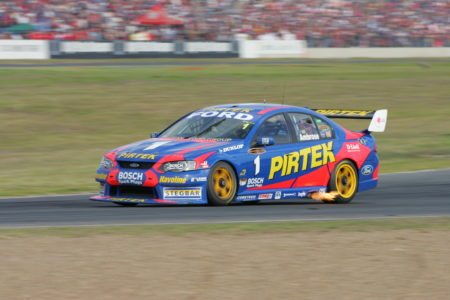 “We had made some gains with the engine which we had been working on all season, but no one was taking notice.

“All that converted straight into the BA and we got at it.

“Obviously the next three years were pretty memorable for us with Marcos’ two titles with this car and then a 1-2 with Russell (Ingall) and Marcos in 2005.”

In 2006 James Courtney replaced Ambrose at Stone Brothers Racing and his tenure with the team could not have gotten off to a worse start.

Courtney suffered two major accidents in the opening round of the season in Adelaide which all but wrote off his Jeld-Wen Falcon.

The Ambrose car was bought out of retirement for the support events at the Australian Grand Prix and was used for championship events at Pukekohe in New Zealand, Wanneroo and Winton while Courtney’s car was rebuilt. 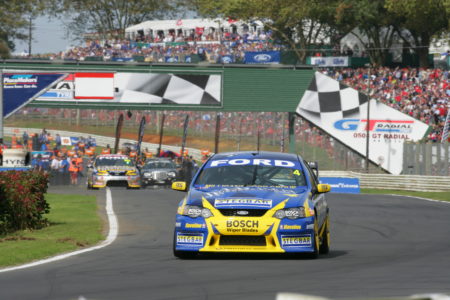 Courtney drove the car in nine races for a best result of fifth in race two at Wanneroo in West Australia.

With the car in almost “better than new” condition the question must be asked, what is it worth?

“It’s not what it was worth a few months ago,” Stone admitted.

“I don’t think we will get an idea of what it’s really worth until all this coronavirus is behind us.”