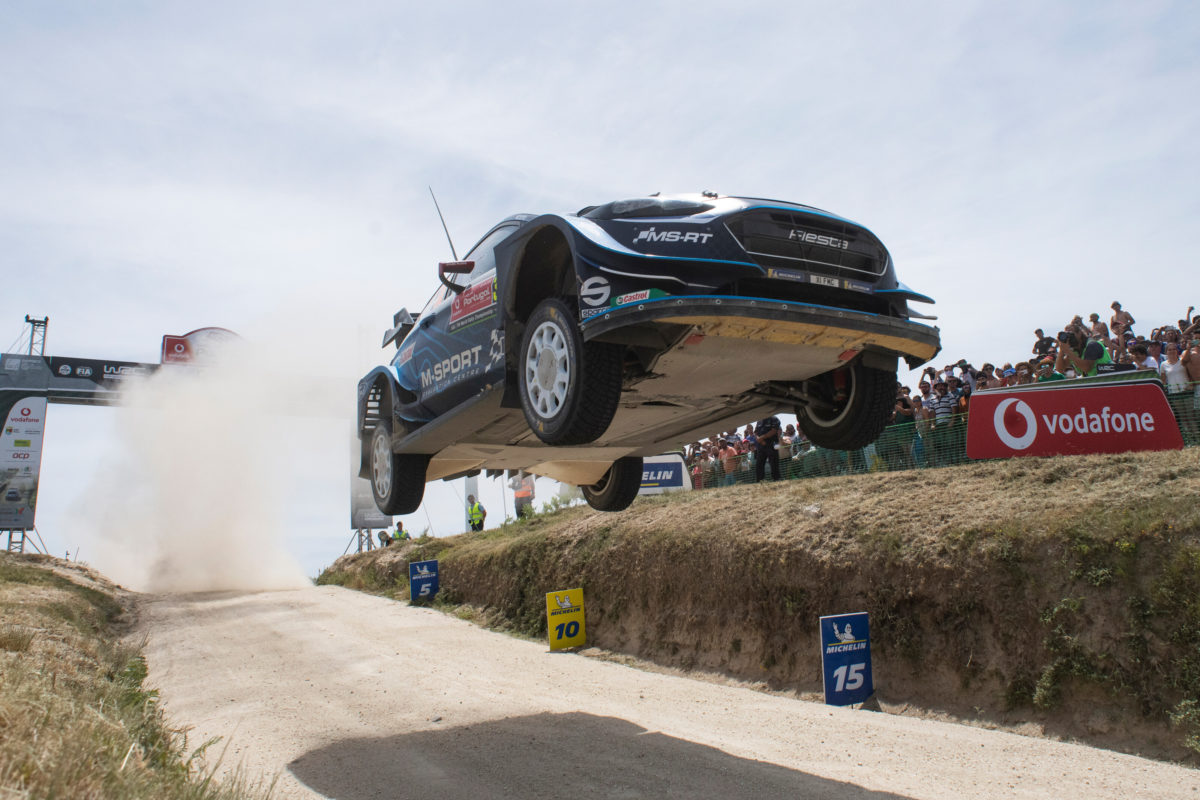 Elfyn Evans during the 2019 Portugal World Rally Championship round

The World Rally Championship round in Portugal has been cancelled altogether having initially been postponed due to the COVID-19 pandemic.

Rally Portugal was to have taken place on May 21-24 and would have been Round 5 of the season as per the calendar issued when Rally Chile was cut in January due to political unrest.

The Automóvel Club de Portugal had sought to move the rally to October, but has now called off the endeavour due to concerns such as health and travel restrictions.

“The Automóvel Club de Portugal made significant efforts to run the event this year at the end of October,” read a statement from the Portuguese ASN, which organises the event.

“After a joint assessment together with our partners, the various municipalities, national authorities and sponsors, all health and safety conditions needed to run the WRC Vodafone Rally de Portugal in a safe way are not achievable given the unpredictable situation that we live in these days, and also the uncertainty of opening the national borders or airspace.

“Due to this critical situation the Automóvel Club de Portugal is forced to cancel the Portuguese round of the 2020 FIA World Rally Championship.

“The Automóvel Club de Portugal deeply regrets this decision. But it is the responsible decision bearing in mind the thousands of supporters, teams, municipalities, sponsors and all the people involved in the event, that was responsible in 2019 for an economic impact in the national economy of more than 142 million euros.

“ACP has already applied for WRC Rally de Portugal to return to the 2021 FIA World Rally Championship in a May date.”

Sebastien Ogier leads the championship after three rounds, the latter of which was shortened to ensure that competitors and personnel would be able to return to their respective bases from Mexico.

The Argentina round was postponed during Rally Mexico and Italy’s just over a week after.

The next round not yet postponed or cancelled is Safari Rally Kenya, scheduled for July 16-19.