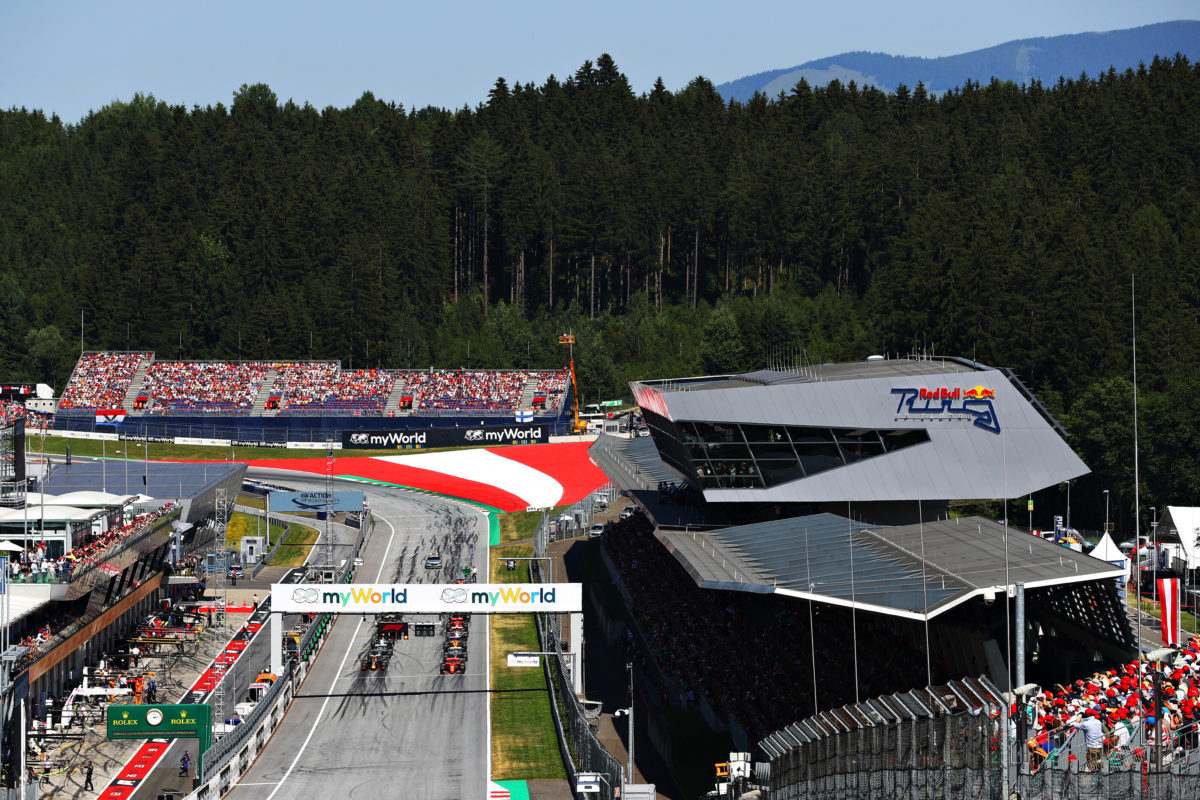 The start of the 2019 Austrian Grand Prix

The FIA will share what it learns from the Austrian Grand Prix with its member clubs in a bid to promote the resumption of motorsport around the world.

Formula 1 is pushing hard to finally start its 2020 season at the Red Bull Ring on July 3-5, the Austrian round’s original date.

It will do so without crowds, although governments at a national and local level have given their endorsement to the holding of the event as long as personnel observe the necessary precautions relating to COVID-19.

FIA President Jean Todt says that the lessons will be passed on to the governing body’s members to assist in their endeavours to restart their own series.

“Regarding our championships, our aim is to resume them as soon as possible while protecting the health of the people involved in their organisation, and in keeping with the instructions of the competent authorities,” said Todt said in a letter to FIA member clubs.

“In Formula 1, we hope to be able to start the season this summer, with a first Grand Prix in Austria on the weekend of the 3-5 July.

“We will be able to share the learnings and processes to run motorsport under COVID-19 restrictions with all of you in order to restart all our competitions and grassroots motorsport as quickly as possible.

“In parallel, the discussions around the financial sustainability of our motorsport championships will continue to be held with our promoters, the manufacturers and teams in regular meetings.”

Styria governor Hermann Schützenhöfer told Austrian press agency APA earlier this month, “Of course I support the idea of Formula 1 at Red Bull Ring coming to Styria even this year.

“We must not lose our positive attitude during the crisis.

“It would be wonderful to send images from an exciting grand prix, as well as the beautiful images from the Murtal region around the world, at least via TV.”

In Todt’s letter, he noted also that the FIA itself has been hit financially by the pandemic.

“Of course, the FIA is also suffering the consequences of this pandemic, but it is working on various budgetary scenarios to better assess its impact and study how to overcome it in the best possible conditions,” explained Todt.

“Our Federation is robust and will continue to invest and support its Clubs wherever it can.”

Motorsport Australia CEO Eugene Arocca told Speedcafe.com earlier this week that his organisation is lobbying governments to allow a gradual return of the sport.

“We see our most significant role in providing lobbying and advice and assistance to government, to get the sport going again as soon as possible,” said Arocca.