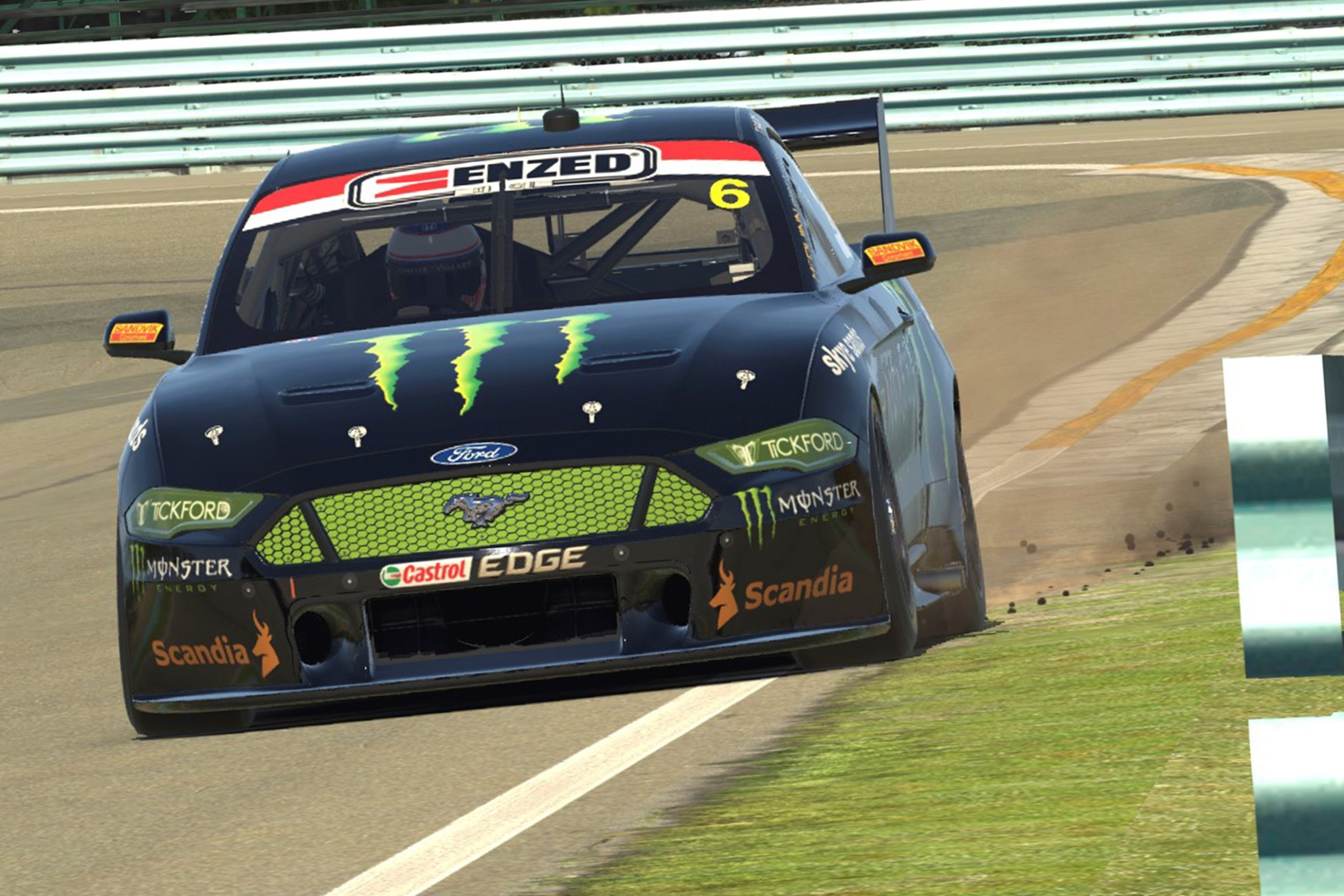 A string of strong finishes in the BP Supercars All Stars Eseries earned Tickford Racing driver Cameron Waters round honours and a donation to Camp Quality.

In a night where the Holden Commodore pilots of Shane van Gisbergen, Chaz Mostert, Anton De Pasquale, and Jamie Whincup took the respective race wins, it was consistency that saw Waters win Round 4.

The winner of each round in the Eseries is given $1,000 to donate to a charity of their choice.

Waters began the night with a fifth place finish at Circuit Gilles Villeneuve before storming from 25th to second in the chaotic reverse grid race.

He went on to claim 10th in the first race at Watkins Glen International before again charging through the field from 20th to finish fifth in the final.

“It’s great to win the round tonight, and even better that we get to donate a thousand dollars to Camp Quality because of it,” said Waters.

“Tonight was good fun, I had some good battles, missed a few big crashes, and clawed some points back on Scotty (McLaughlin) in the championship which is good.

“There’s plenty of racing still to go so hopefully we can close the gap a little more next week.”

The other Tickford Racing drivers haven’t fared as well in the Eseries with Will Davison ninth, Lee Holdsworth in 14th and Jack Le Brocq just behind in 15th.

It was a tough night for Davison who started off strong but was caught up in the carnage.

“Tonight started off all right, starting sixth and finishing fourth in the first race, then it all pretty much fell apart,” said Davison.

“The Milwaukee car must have had magnets on it because I kept getting run into, even when I started up front things wouldn’t go right.

“But we had some fun tonight, I let Hector, one of our French bulldogs, have a steer during the expression session, which hopefully gave the fans a laugh, that’s what it’s all about.

“But yeah, hopefully next week’s a bit nicer to us in the results.”

The BP Supercars All Stars Eseries continues on May 6 at 18:00 AEST with races at Spa-Francorchamps and the Nurburgring.