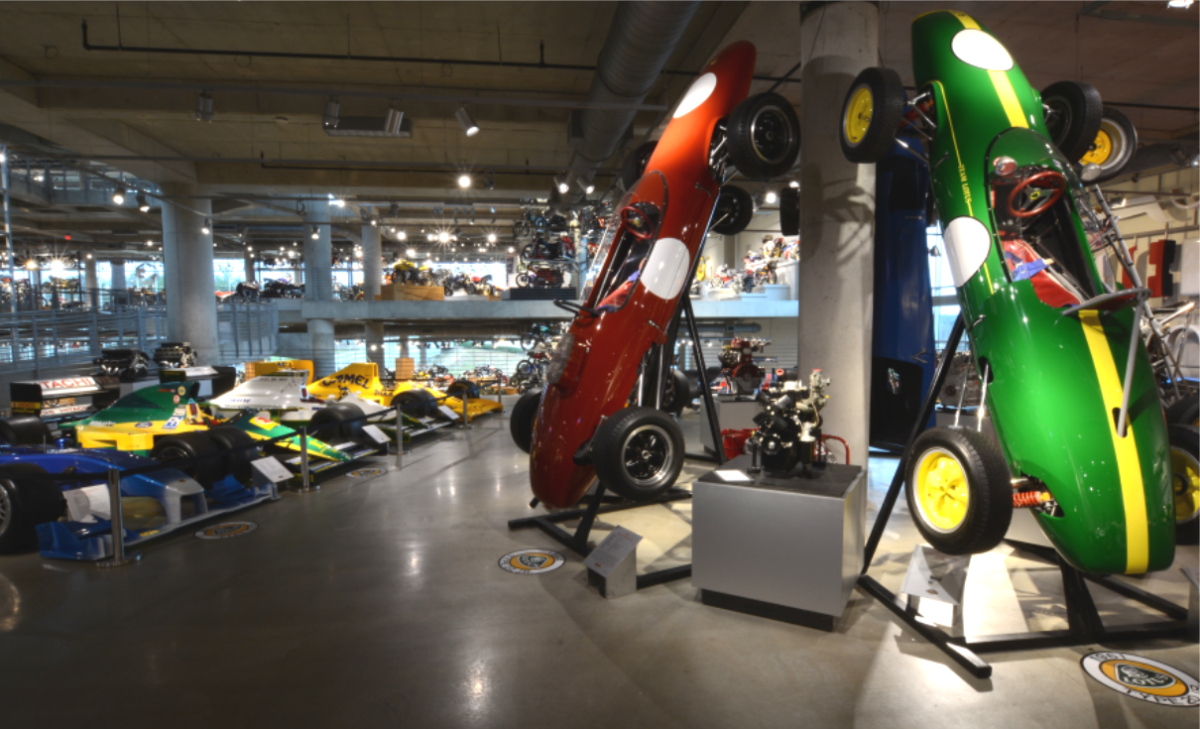 With the motorsport world on hold and travel bans in place for Australia, you might be forgiven for contemplating a future escape.

It is somewhat ironic that the Barber Vintage Motorsports Museum in Birmingham, Alabama started life as a car collection, but evolved into the world’s largest motorcycle collection.

It is actually recognised by Guinness World Records with more than 1600 motorcycles spanning over 100 years of production, the Barber collection represents 200 different manufacturers from 20 countries.

While two-wheel machines became the focus, the collection also includes a large list of Lotus race cars and other vehicles of significant interest.

Included in the car collection is Dan Gurney’s Lotus 29 which was the manufacturer’s first entry in the Indy 500 and a Ferrari 158 driven by John Surtees during his victorious 1964 Formula 1 World Championship campaign.

Local business guru George Barber raced Porsches successfully in the 1960s before business took up more of his time.

He rediscovered his passion in the late 1980s and his commitment grew to include the museum and the Barber Motorsports Park complex which is located 20 minutes east of Birmingham.

The facility hosts many major motorsport events year on year including their now-famous vintage festival in October.

The park is set on 880 acres (360ha) and includes an FIA Grade Two circuit which has hosted a round of the IndyCar Series since 2010 and which is also home to a Porsche Track Experience.

The infield of the track has a number of large sculptures, including a series of large steel spiders and dragonflies created by artist Bill Secunda, a pair of lions, and a Sisyphean figure pushing a boulder.

The Turns 5/6 complex is referred to as Charlotte’s Web because of the presence of a large spider sculpture prominently placed in the infield near the turn and because it is one of the track’s prime passing opportunities.

The 230,000 square-foot museum is the centrepiece of the park and attracts more than 250,000 visitors each year.

While Barber had a few historic race cars, the first bikes in the collection were acquired in 1988.

The home-grown Harley-Davidson is a favourite of the 200 manufacturers represented in the collection and there are almost 100 examples on display.

Amazingly, 99 percent of the bikes in the museum can be started within an hour and every bike has been restored to its original specifications where possible.

Some bikes are purchased already restored while others are brought back to life on site in the museum’s extensive restoration level.

While there are more than 1600 bikes in the collection, about 900 are on display at any one time with the remainder on the restoration level which can be viewed with a Premium Museum Tour ticket.

The museum folk will tell you that there have been more than 2500 bike manufacturers around the world since 1900.

The Barber collection has samples from 216 manufacturers from 20 countries and bikes have been purchased from as far away as Australia, New Zealand and Sweden.

The Barber Vintage Motorsports Museum Research Library and Archives began in 1997 as a research tool to aid in the creation and restoration of the motorcycle and car collection.

The library has since grown to contain one of the largest collections of motorcycle literature in the world, with more than 10,000 books.

It is fair to say that if you are a motorcycle enthusiast then you might want to be booking one of the local motels so you can enjoy a couple of days at this place.

CLICK HERE for a gallery of the Barber Vintage Motorsports Museum.