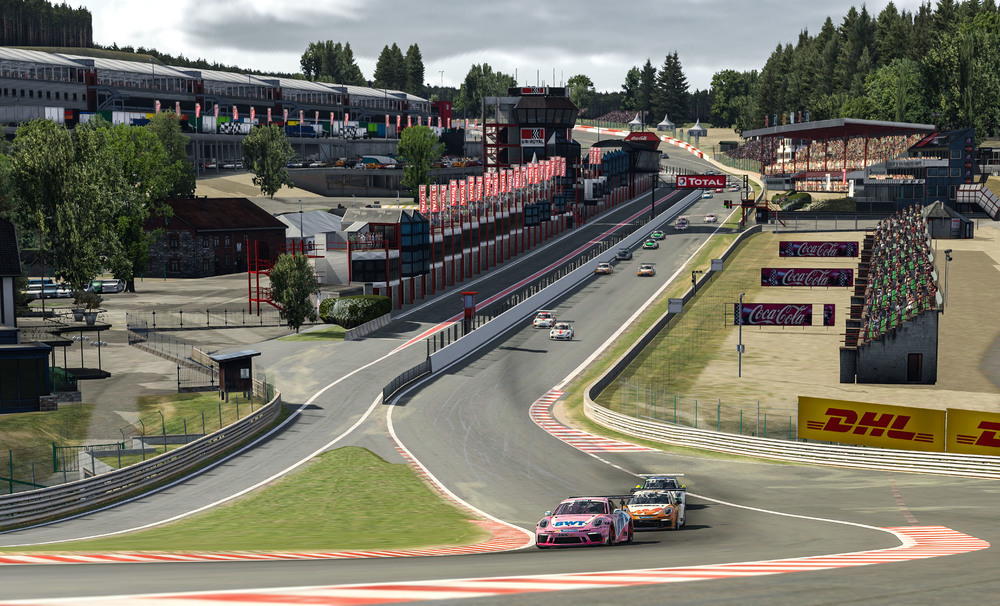 The Virtual Cup will take drivers to Spa-Francorchamps

Using the iRacing platform, which features the second generation Porsche 991 Cup car, the series will begin at Phillip Island on May 4.

It will then take in a hose of the reknowned circuits around the world, including Monza, Spa-Francorchamps, Circuit de la Sarthe (Le Mans), and Mount Panorama.

There are two night races included in the competition at Daytona and Circuit de la Sarthe.

Set to run until mid July, events are spaced roughly two weeks apart, with the exception of a double-header at Barcelona and Daytona on May 18.

Another double-header follows in late June for races at Spa-Francorchamps and Circuit de la Sarthe.

Each event will include practice and qualifying sessions, following by three 20 minute races.

The initial grid will be determined by qualifying with a progressive grid used for subsequent races.