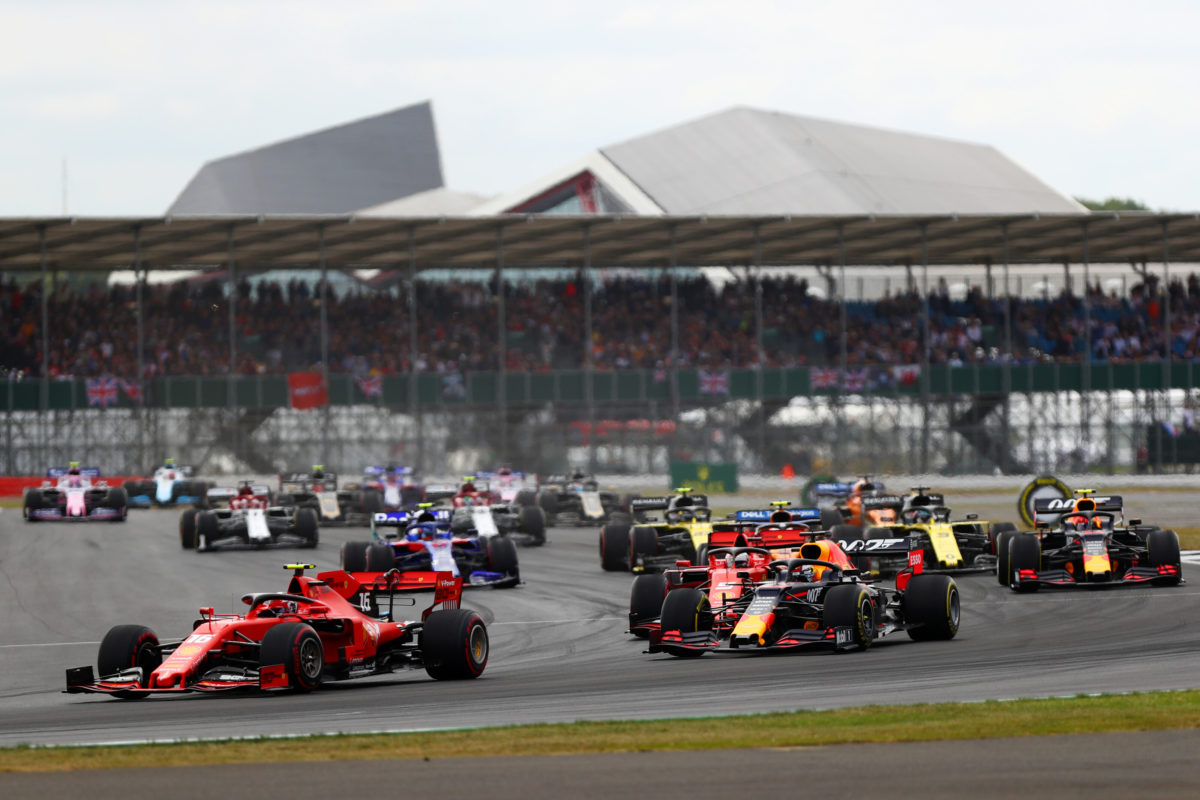 The British GP will be run behind closed doors

Ticket holders of this year’s British Grand Prix have been told the event will be held behind closed doors.

Silverstone looks set to hold the second round of a revamped Formula 1 calendar which the sport’s boss, Chase Carey, is confident will begin in Austria on July 5.

Two weeks following, the British Grand Prix is currently scheduled to host its event on July 19, though that event remains uncertain.

In a statement from Formula 1, Carey stated that early season races were set to be held behind closed doors.

That message has also been given to those who’d purchased tickets for the British Grand Prix.

“I am extremely disappointed to tell you that we are unable to stage this year’s British Grand Prix in front of the fans at Silverstone,” Circuit Managing Director Stuart Pringle wrote in a letter to ticketholders.

“We have left this difficult decision for as long as possible, but it is abundantly clear given the current conditions in the country and the Government requirements in place now and for the foreseeable future, that a Grand Prix under normal conditions is just not going to be possible.

“Our obligations to protect the health and safety of everyone involved in preparing and delivering the event, our volunteer marshals and Race Makers, and of course, you, the amazing fans, means that this is the best, safest and only decision we could make.”

Conversations with government departments in the United Kingdom have been encouraging in recent days, with the Department for Digital, Culture, Media and Sport open to exploring the viability of events resuming sporting events.

Speaking on Sky Sports, Pringle added that he remained committed to helping Formula 1 get back underway.

“Whilst there’s an ounce of doubt about safety, for the fans, for all the teams, and for then people who earn their living in the sport, we have to do the right thing,” Pringle said.

“Racing behind closed doors, that would be entirely subject to government rules.

“But it’s very encouraging that the department of digital, culture, media and sport at the weekend indicated that they are keen to start a dialogue between medical officials and people in sport to see what might be done to achieve that.

“We are working together with Formula 1 and the medical officials to see how we can do that for some kind of British Grand Prix behind closed doors.

“We’re totally optimistic we can help Formula 1 with a decent season, and one that we can play a meaningful role,” he added.

“By that I mean, possibly more than one round if that is what works, although it would make a lot more sense to carry on country to country. That’s a smoother way of operating.”

With the sport looking to cram as many as 18 races into six months the current schedule, which sees the British Grand Prix follow the Austrian event by two weeks, could change.

“I think the challenge is much more around knitting together a season that will flow naturally and have certainty that it will run. We can be very flexible at Silverstone.”