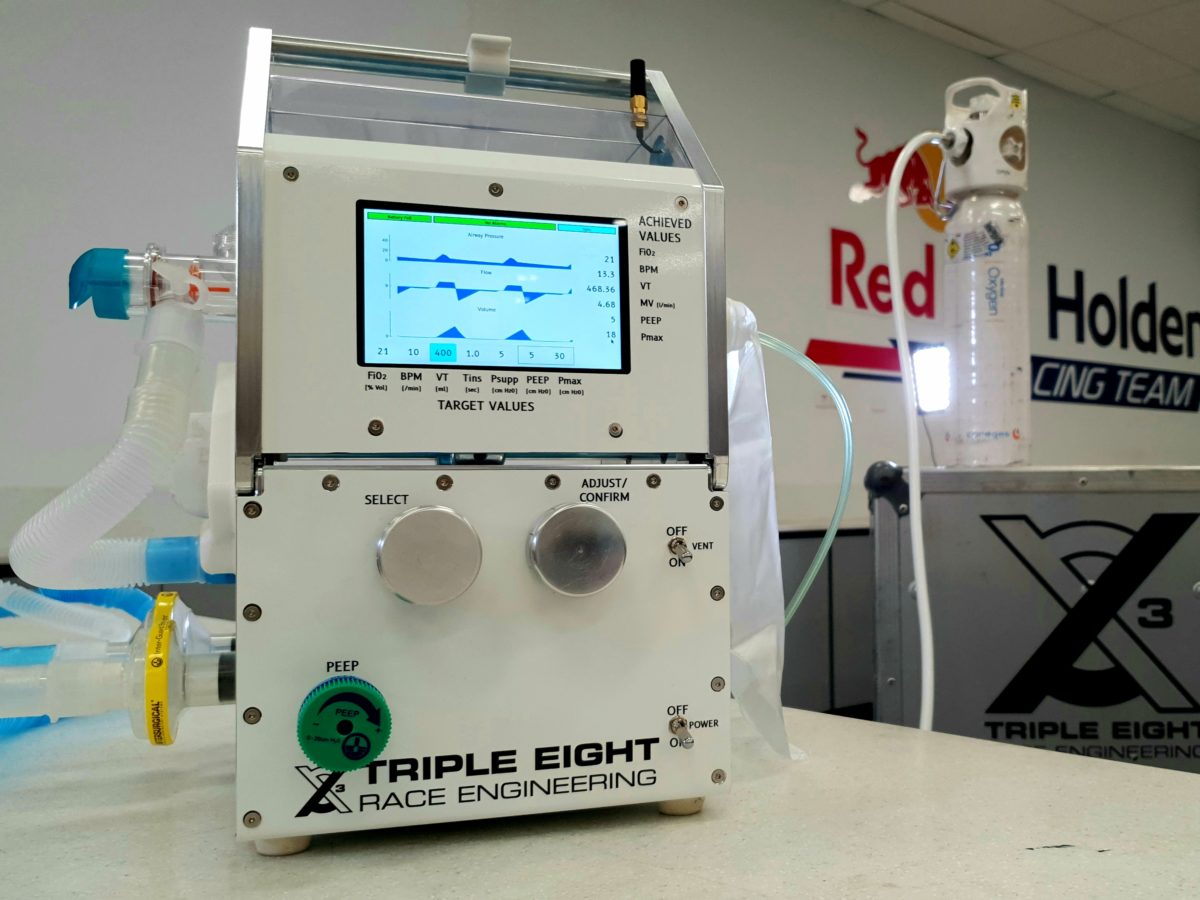 The team has also released a behind-the-scenes mini-documentary detailing the development of the ventilator, dubbed The Conrod Project.

After the coronavirus pandemic led to the cancellation of the Formula 1 Australian Grand Prix, the team refocused its efforts into designing and prototyping an emergency ventilator.

Since then the team has developed a new version of the fully-functioning prototype that could go into production.

The project has been supported by Queensland-based cooling solutions and manufacturing outfit PWR. 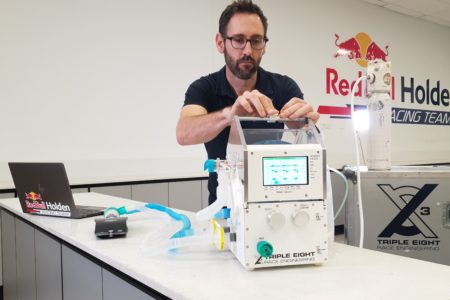 The second prototype is a significant step forward on the first version and is built to the latest requirements published by the Therapeutic Goods Administration (TGA).

The TGA is a division of the Australian Department of Health that regulates goods to an acceptable standard.

Whilst not a requirement of the ventilator guidelines set by the TGA, the updated prototype features a large display that shows data in real-time.

It also features race-inspired functionality with the addition of 4G transmitted telemetry.

Much like the team’s telemetry systems used in the Virgin Australia Supercars Championship, data can be monitored in real-time and downloaded for analysis by medical professionals.

“When we first looked at The Conrod Project and spoke with doctors, their initial worry in Australia was not a lack of ventilators but a lack of staff to operate the ventilators,” said Dutton.

“We’ve tackled that by installing onboard telemetry, like the race cars, so that means one specialist can be monitoring as many patients as they feel comfortable, whether that’s 10, 50 or 100.

“With the onboard alarms they can then direct the attention to the patient that needs it.

“Today’s ICU ventilators have big graphical screens to display information, which is not in the
document from the government,” Dutton said of the TGA guidelines.

“But when we spoke to doctors and ICU specialists, it was clear this was something we should incorporate so that we can aid medical professionals to deliver the best care for the patients.

“On top of that, it became apparent that it’s essential to have a machine that can automatically respond to the patient’s own breathing inputs and react to those positively.

“Achieving these and other goals for our machine has been a huge challenge but really satisfying.” 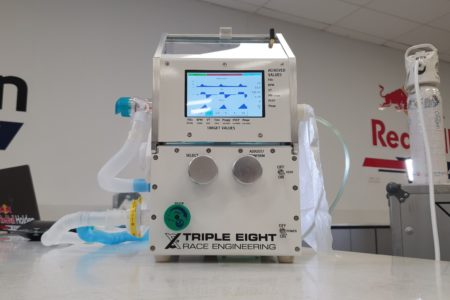 The second version of the ventilator prototype features a new display

“The TGA has put together a specification document which has a ‘required’ list and a ‘desired’ list for COVID-19 ventilators,” Dutton added.

“Our ventilator is currently on track to satisfy both lists fully, but clearly would still need to be approved by the TGA if and when it goes into production.”

Should the coronavirus pandemic worsen and there be a need to put the ventilator into production, then that could be facilitated by PWR.

“Triple Eight has always been an engineering company that goes racing,” said Dutton.

“We have highly specialised engineers. Our skill sets include hitting deadlines, constant improvement, and working to rule books and regulations.

“So that’s perfectly suited to a crisis situation where you need the product now, you need it to keep getting better and you need to not stop until it’s right, and that’s in our DNA.

“If a ventilator like this is required at some point, for use in sub-optimal conditions such as a field
hospital, then PWR are equipped with world-class facilities right here in South East Queensland that could be available to start mass manufacturing very quickly.”

“We both set ourselves extremely high standards and we both want to go above and beyond expectations and deliver a better product than anyone else. That’s why they’re the perfect team to be working with.

“The goal for this project is to demonstrate that we can provide homegrown solutions to substantial engineering challenges quickly and effectively and it’s about being able to assist with saving lives if needed.”