POLL: Should Supercars and Super2 grids merge at Bathurst 1000?

POLL: Should Supercars and Super2 grids merge at Bathurst 1000? 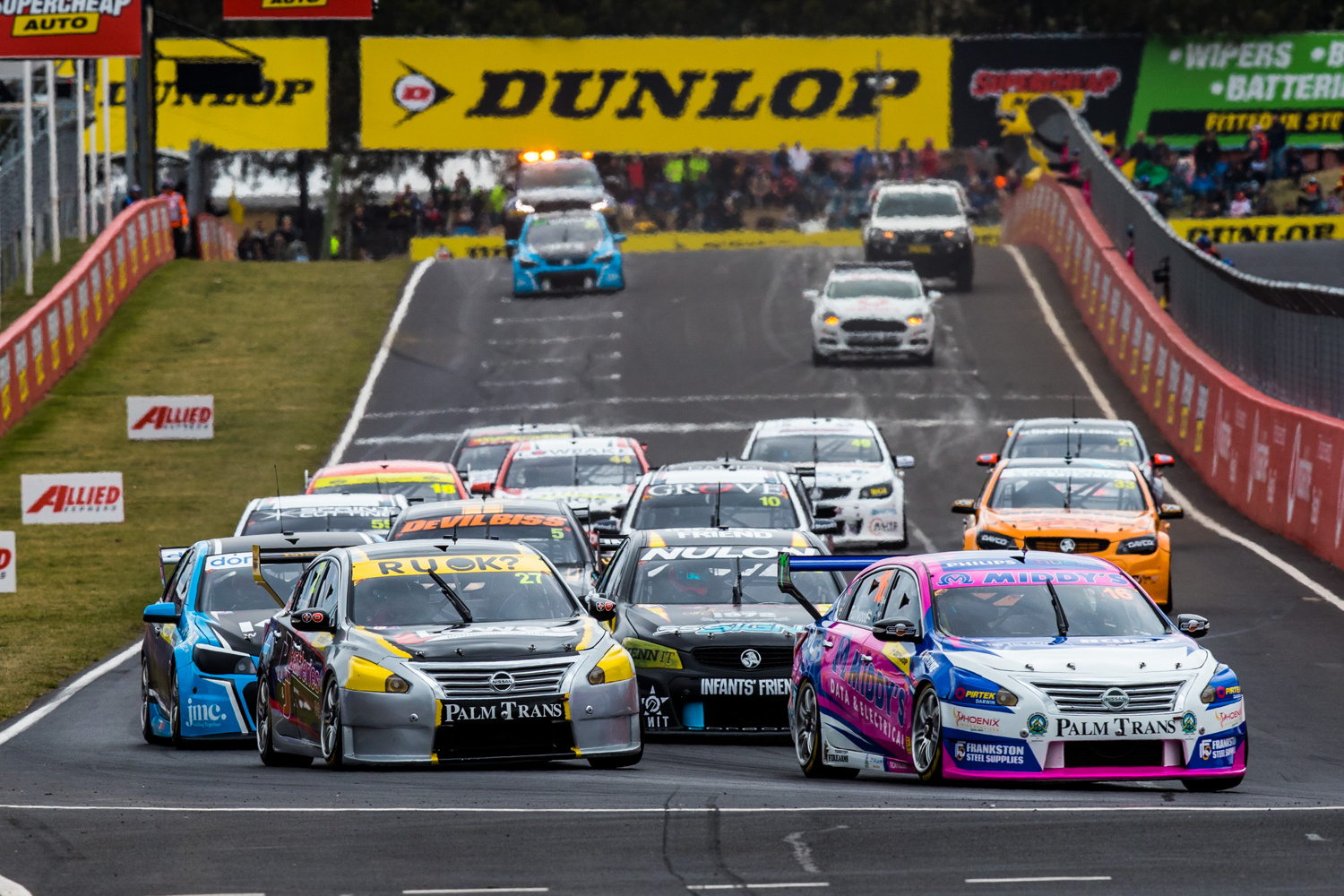 After Shane van Gisbergen suggested the Virgin Australia Supercars Championship and Super2 Series grids should be combined at the Bathurst 1000, in this week’s Pirtek Poll we want to know if you agree.

It’s been nearly two decades since a 50-plus Supercars grid was fielded in the Supercheap Auto Bathurst 1000 at the Mount Panorama Motor Racing Circuit.

With the addition of Super2 Series front runners Brodie Kostecki and Thomas Randle to the BP Supercars All Stars Eseries grid, van Gisbergen said there should be efforts made to have the Super2 Series racers in the Bathurst 1000.

“In my opinion, it should be like this in real life – Bathurst should combine DVS (Super2 Series) and the Supercars or allow other classes and make it a massively contested event like it used to be,” said van Gisbergen.

“When I first started my Supercars career there were more than 30 cars competing for the Great Race and it was awesome, so hopefully one day they can make that happen again.”

When van Gisbergen made his Bathurst 1000 debut with Team Kiwi Racing there were 31 entries for the 2007 race.

In the following years, the grid fluctuated in size, rising to 32 entries before falling off in the years that followed. Of particular note has been the addition of several cars from the Super2 Series since 2009.

Since then, there has been a falloff of entries from the development series, but wildcards have been a regular feature.

In the early 2000s, the race boasted fields of 50-plus Supercars, but by 2019 that number had more than halved.

The addition of Super2 Series entries to the grid presents several opportunities but also big challenges.

The most immediate benefit of having the Super2 Series entries in the race is instant growth of the field.

The 2020 Super2 Series started with 13 entries and was slated to expand to 14 entries, which if they all entered would take the Bathurst 1000 grid beyond the 36 garages at the circuit.

That’s not to say that every car owner or team would be able to facilitate that either.

Nevertheless, it has been shown that Super2 Series competitors can run in the race, as proven by Brodie and Jake Kostecki under the Kostecki Brothers Racing banner.

Super2 Series drivers could be faced with the obstacle of the Motorsport Australia Superlicence, which requires a minimum of 13 points over a five-year period before a driver can be eligible to race in the Virgin Australia Supercars Championship.

Drivers can also acquire a Motorsport Australia Superlicence if they already hold a minimum of an International C Circuit Racing Licence or have competed in three Virgin Australia Supercars Championship events in the last five years.

The Superlicense points system awards drivers a set amount of points depending on which championship they compete in and where they place overall.

Since the 2016 season of the Super2 Series, the cars have conformed to Car of the Future specification, in line with the current Supercars regulation set. However, the current Holden Commodore VF, Ford Falcon FGX, and Nissan Altima L33 are not homologated for the Virgin Australia Supercars Championship.

It is perhaps an unlikely proposition, but in this week’s Pirtek Poll we want to know whether you would like to see the Virgin Australia Supercars Championship and Dunlop Super2 Series grids combined at the Supercheap Auto Bathurst 1000.