MotoGP season to ‘concentrate’ on Europe

MotoGP season to ‘concentrate’ on Europe 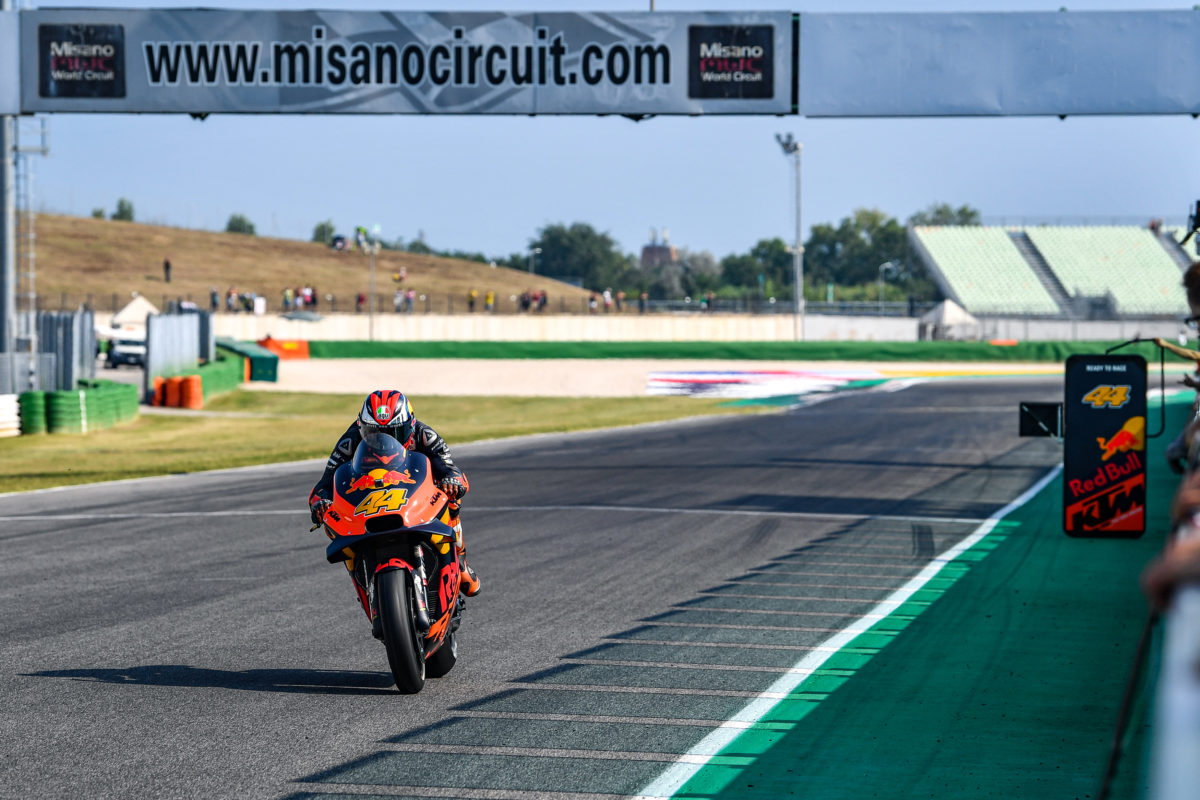 Dorna Sports CEO Carmelo Ezpeleta has stated that the 2020 MotoGP season will ‘concentrate’ on Europe due to the COVID-19 pandemic.

The first grand prix on the calendar not yet postponed/cancelled is that of Germany, scheduled for June 19-21, but such a decision is now all but a formality after organisers asked for a date change.

The Dutch TT which was to have followed a week later will suffer a similar fate and MotoGP’s return to Finland, originally for July 10-12, will be pushed back at least another season given the new KymiRing has not yet been homologated.

Recent comments from Ezpeleta have put the start of the season in either July or August, a point which he has reiterated in an interview on British television.

However, he also indicated that the calendar would be comprised largely, if not entirely, of races at European circuits.

“We have seen different scenarios and the most optimistic is to start in the end of July,” Ezpeleta told BT Sport.

“Then it will depend on the situation but we will need to take care of two things; one is any individual countries that can allow us to do it when the doors are open and the second is the possibility of travelling from one country to another.

“In principle, we will concentrate on making a championship in Europe starting in July or August with races and, depending on what the situation is, then we will consider the possibility of going elsewhere at the end of the year, if the countries allow us to do it, but always finishing on time.

“This is the best-possible scenario and every day I am thinking how it will be possible. Maybe making two consecutive events in the same circuit and then move to another. In Europe we can move by car and then it is more possible.

“The scenario we are looking at right now is to start in July and finish by November.”

MotoGP’s calendar, like Formula 1’s, tends to consist of flyaway events bookending the traditional European phase of the season, with the exception that Spain’s Valencia is the customary host of the season finale.

Phillip Island was due to host the championship on October 23-25, in the Asia-Pacific block which usually precedes Valencia, even under the two revisions to the calendar before postponed races were simply listed with dates to be determined.

It is not yet known when Australia’s borders will reopen to non-citizens/non-residents (and limited exceptions), although such restrictions could last at least until the end of this year.

Ezpeleta added, in an admission that the championship might be compressed into a handful of months beginning in September, that “a multi-national championship will be a little more difficult” to hold.

“We are in contact with all the ministers for sport in the countries we visit then we consider these possibilities.

“A multi-national championship will be a little more difficult but we are working with any individual country, organiser and global people who will allow us to move from one country and circuit to another.”