Extract week launched with Crusher – You Just Can’t Make That S#^! Up

Extract week launched with Crusher – You Just Can’t Make That S#^! Up 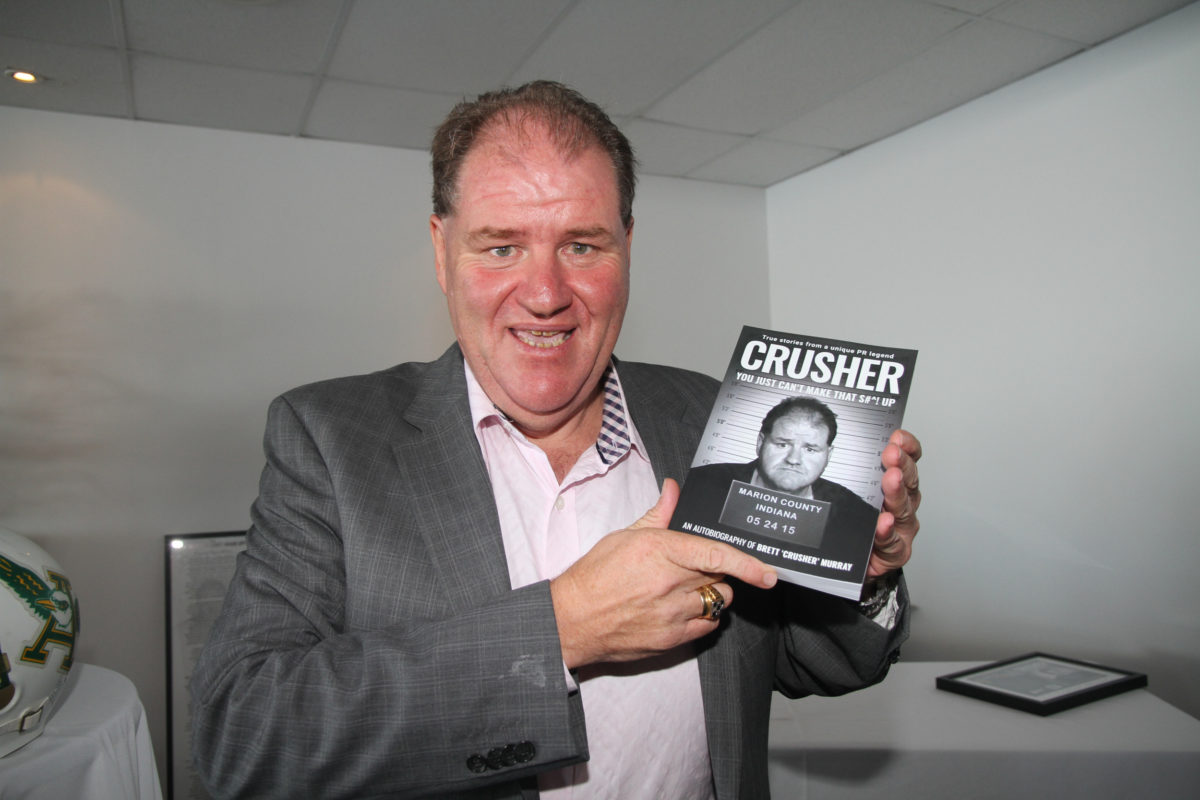 Murray’s book, which recently had another print run, was released in December 2017 at a luncheon function on the Gold Coast which included some of the biggest names in Australian motorsport including Dick Johsnon, Roland Dane, Russell Ingall, Tony Longhurst, and Glenn Seton.

Crusher has put more than 35 years of thoughts, insights, and hilarious experiences into his  autobiography titled Crusher – “You Just Can’t Make That S#^! Up”.

Seven of the book’s 30 chapters will be featured as extracts on Speedcafe.com this week and readers will also have the opportunity to win a signed copy.

“The feedback we have received since launching the book more than two years ago has been fantastic and we are still selling a few every week, even now,” said Murray.

“With the isolation situation that many of us find ourselves in at the moment we thought it would be fun to run some extracts and give away a few signed copies.

“We would not normally run such large stories on the site, but people have plenty of time on their hands at the moment and we thought they might enjoy the reads.”

As part of the promotion 100 copies of the book’s recent print run will be offered for sale at a discounted rate of $40 including express postage and handling.

All books can be signed with a personal message of the buyer’s choosing and 100 percent of proceeds from the sales will be going to Speedcafe.com’s nominated charity, Motor Racing Ministries.

“We have been doing some great things with Speedcafe.com’s charity Motor Racing Ministries in recent months and we look forward to adding to the tally with the sale of these 100 books,” said Murray.

“Hopefully anyone buying the book will enjoy it, but if they think it’s crap then they will also have the knowledge that 100 percent of their investment is going to a fantastic cause.”

Today Speedcafe.com will feature the book’s foreword written by Leigh Diffey and continue with a chapter titled – “There is only one reason I’m doing this” – which looks at Crusher’s early days as a 20 year-old bouncer working in a wine bar in the main street of his home town, Abury, NSW.