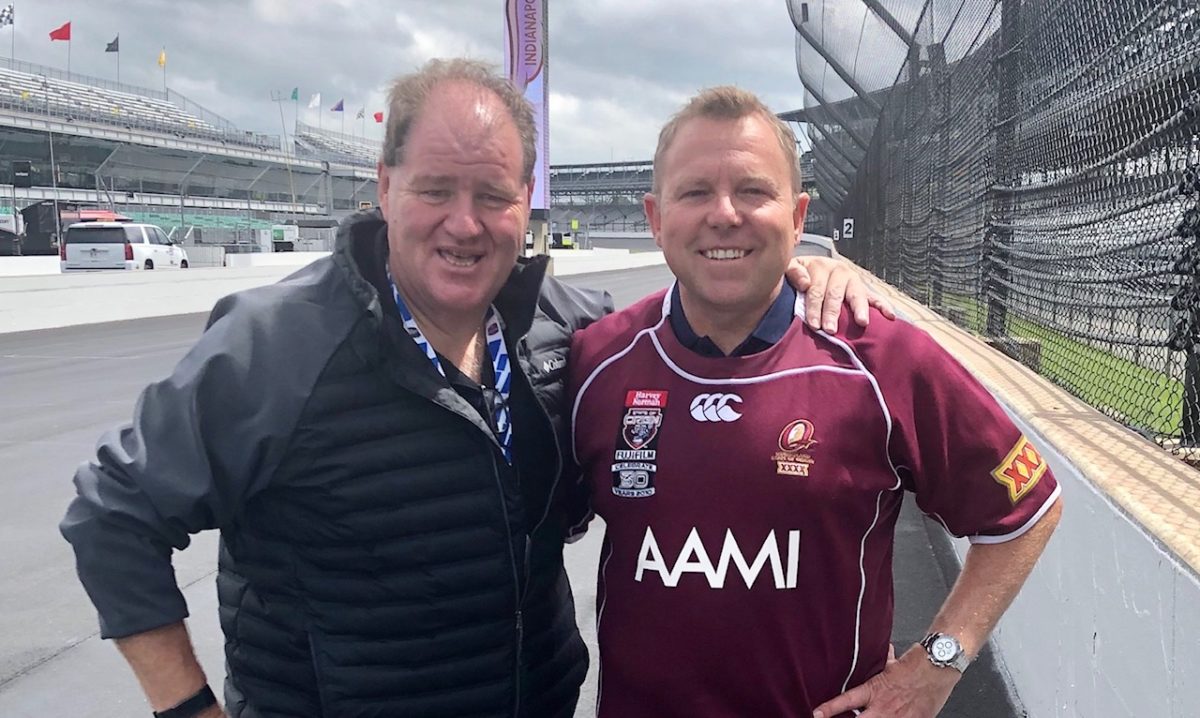 The remaining 100 copies of the book are being sold at a discount of $40 (inc Express Post) with 100 percent of proceeds going to Speedcafe.com’s charity, Motor Racing Ministries, buy your copy HERE.

The book’s forward was penned by one of Australia’s most successful off-track motorsport exports, Leigh Diffey, who became the first foreign commentator to call the Indianapolis 500 last year for NBC.

Mention the nickname of Brett Murray anywhere in racing circles around the globe and you’ll be hard pressed to find someone who doesn’t know him or at least had a beer with him.

He’s a driven business owner who loves his family, Australia, a drink or nine and, of course, motorsport.

Perhaps one of the more endearing sides to Crusher is that he’s never been afraid to, as Aussies say, “have a go”.

He’ll put himself out there to get the results, even if it means dressing up like the infamous boxing promoter Don King.

And you know there’ll always be a laugh involved!

There’s never much down time with Crush, and if you’ve ever received a phone call or voicemail from him that begins with, “Hey cock, need to talk to you about a few things that I’ve got going on”, you know there’s going to be action coming soon.

Whether it’s to be good or bad!

Brett’s story is compelling. From a country kid who started in the newspaper game to an Indycar team owner who took a Brabham to the 100th Indianapolis 500 and everything in between. What an incredible journey it has been.

I’ve been fortunate in my 20-plus-year television career to meet many interesting people.

Some famous, others not at all, but to me it’s all about the story and Crusher is a true storyteller.

He cannot only craft, create, re-tell and sell a good story, but usually features in them as well.

Seriously, he understands storytelling and what the story is and not everyone does. It’s been one of the keys to Crusher’s success.

There aren’t many things that are left on Crusher’s wish list – he’s done almost everything he set out to achieve when he left Albury for the Gold Coast as a young man.

He would, however, dearly like to see some more premiership trophies with the names of Carlton and Parramatta on them though.

Championship winning drivers like Marcos Ambrose, Paul Morris and Russell Ingall can tell you it was good to have Crusher in your corner.

Constantly on the phone hustling new deals, improving existing ones and getting his clients substantial levels of exposure around the country and the world.

My family and I had the pleasure of hosting Brett, his wonderful wife Trudi and beloved son Max prior to the Christmas of 2015 for a few days at our home in Connecticut.

Of course being the festive season, we had a festive time. One evening after many refreshments were enjoyed at a local establishment, a neighbor of mine who has a propensity for talking too much kindly gave Crush and I a lift home.

His constant yapping didn’t sit well with the big fella on this night so after stepping out of the car, Crusher decided to tell the poor bloke what he really thought of him as he drove away.

What the Aussie tourist didn’t realise was the guy’s window was down and he heard everything! Haven’t seen that neighbor since … thanks Crusher!

I hope you enjoy the book wherever you’re reading it – it’s going to be a wild ride, so hold on tight!