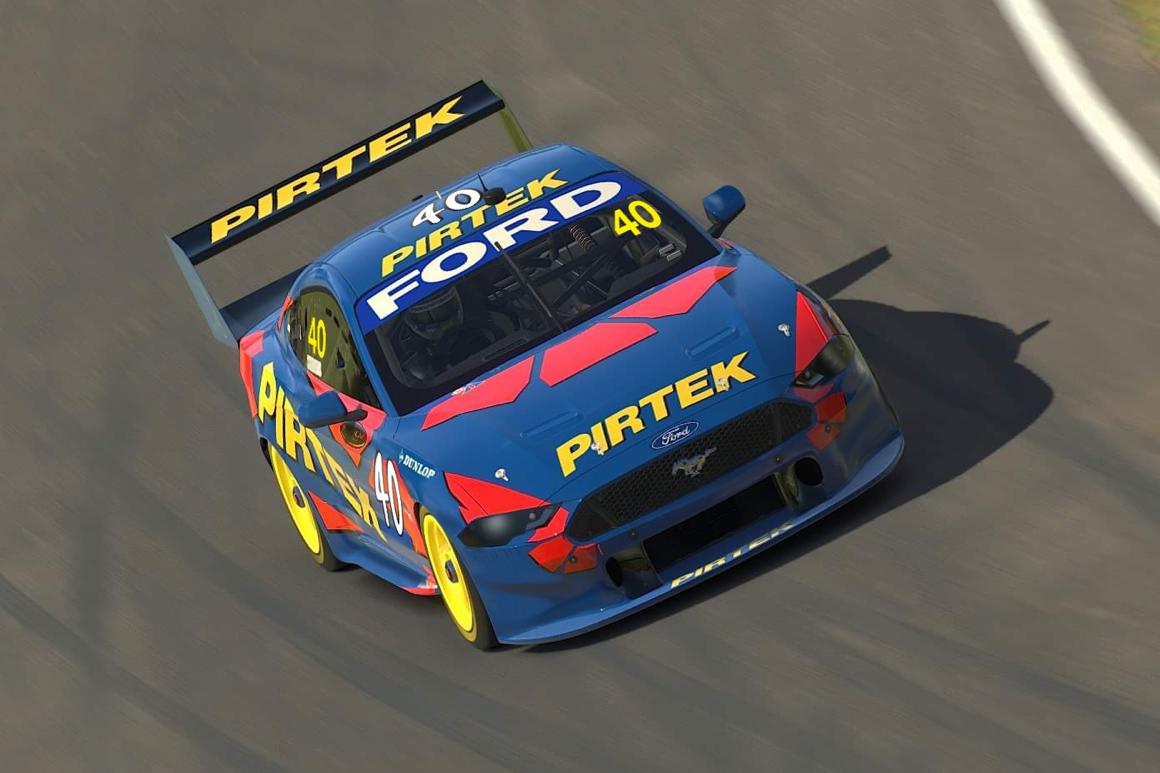 Marcos Ambrose will run #40 on his Ford Mustang

Ambrose will don #40 on his Ford Mustang, which will run an almost identical livery to the Ford Falcon he took to Supercars Championship success in 2004.

Round 4 of the Eseries will take place on April 29 at 18:00 AEST with races to be held at Circuit Gilles Villeneuve and Watkins Glen International.

“When Pirtek approached me about being involved in the Eseries as part of their 40th anniversary celebrations I didn’t take much convincing,” said Ambrose.

“Pirtek are one of the great Australian business success stories and I am proud to have been associated with the business and the Duncan family for almost half of their 40-year history.

“It is also a great story for motorsport in this country with Pirtek using the sport to build their brand and to service their great franchise network since winning Bathurst back in 1998.

“The Eseries event will be a bit of fun and give fans something to talk about in what is obviously a very difficult time for everyone.”

The coronavirus pandemic has stifled anniversary celebrations for Pirtek, which have been delayed to later in the year.

“The 40-year milestone is a significant one for Pirtek, but obviously many of the plans we had to celebrate have been disrupted because of the coronavirus situation,” said Pirtek CEO Stephen Dutton.

“The Eseries has presented us with an opportunity to tell a bit of our story and we are grateful to Marcos for agreeing to be a part of this activity which has already created plenty of interest.

“We will always love seeing the Pirtek car with the #1 on the door, but having the #40 for this event is significant for us and our franchise network.”

After clinching Supercars titles in 2003 and 2004 with Stone Brothers Racing, Ambrose moved to the United States at the end of 2005.

He competed in the various NASCAR development series and took his first race win in the second-tier Nationwide Series (now Xfinity Series) at Watkins Glen in 2008.

Ambrose remains the only Australian to win a NASCAR race. He has two wins to his name, both at Watkins Glen in 2011 and 2012.

This week’s Eseries event will be Ambrose’s first public racing appearance in Supercars, albeit virtually, since 2015.

Ambrose made a return to Supercars as a wildcard in the final round of the 2014 season before making a full-time return the following year. However, that was cut short after just one round.

The last time Ambrose raced a Supercars was when he contested the Adelaide 500 and non-championship Australian Grand Prix round as well as the Pirtek Enduro Cup with DJR Team Penske.

Ambrose is one of three wildcards so far confirmed to race in Round 4.

McLaughlin and Coulthard will continue to carry major Pirtek branding on their windscreens as they do in the Virgin Australia Supercars championship.

The Eseries has attracted several big-name drivers, including the likes of Formula 1 driver Max Verstappen, and IndyCar Series and Indianapolis 500 winner Will Power.

Round 4 of the BP Supercars All Stars Eseries gets underway on April 29 at 18:00 AEST.