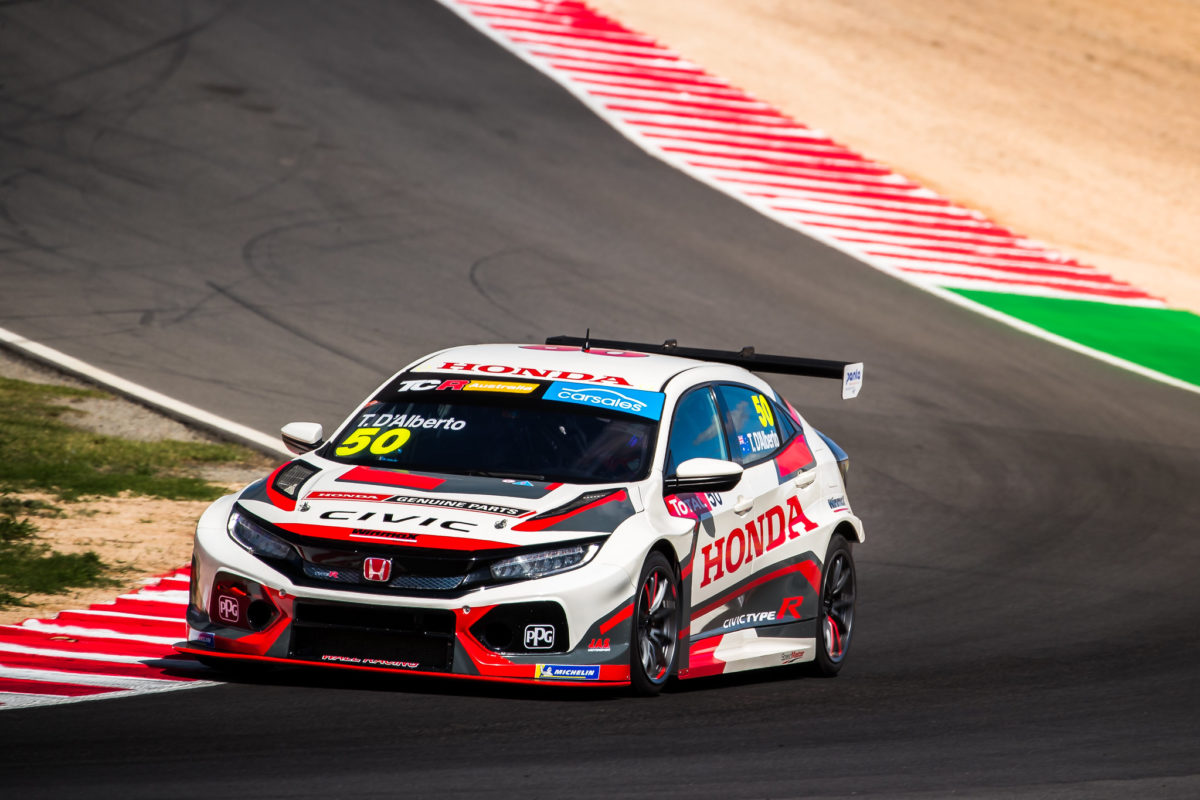 Wall Racing is using the current interruption to the motorsport season as an opportunity to fit upgrades to its Honda Civic Type R TCR cars.

The Sydney-based squad is set to field three cars in the 2020 TCR Australia Series, with 2019 drivers Tony D’Alberto and John Martin joined by Paul Ip.

Following the aborted non-championship event at the Formula 1 Australian Grand Prix, the series was set to get underway at Sydney Motorsport Park last month, but that event was postponed as a result of the coronavirus pandemic.

Wall Racing, however, has remained busy with boss David Wall revealing the break has afforded opportunities to complete work that would have otherwise been pushed back until later in the year.

“We had some upgrades that the (TCR) cars needed to have done with the chassis upgrades, and other odds and ends that we effectively were going to do later in the season as it went on, but now decided to bring that forward,” Wall told Speedcafe.com.

“If we end up getting back to racing, and what they’re hopeful of happening is a pretty condensed calendar, so we figured we’d do all our upgrades and everything else along with it prior to that happening.”

While able to keep busy with its TCR programme among other projects, Wall admitted the break in racing has had an impact on his team.

“From a business point of view, our whole business is dictated around going to the race track and at the moment we’re not permitted to do that with everything that’s going on,” he explained.

“Luckily, through having some very good clients enabled us to do some other projects within the workshop, and service existing cars that we’ve had there for a while, that maybe was going to get done in the future, but they brought it forward and it’s enabled us to do that now.

“It is difficult, that’s for sure. I mean, we’re nothing like a Supercar team where they employ 40 to 60 people, but we hurt just as much,” Wall continued.

“We spend a lot of time with the close knit group of guys and girls. My wife works in the business, so it’s a very much a very close shop, if you like, is our group.

“I feel like they need to be looked after and we’re doing everything we can to do that.

“I don’t envy the big teams trying to look after 40, 50, 60 people. We’re six, so it put things in perspective very quickly, and six is difficult, let alone having that many.

“We’ll try and ride the wave out as best we can, and keep ourselves going, and we’ll do whatever we can to get ready to get back to the race track.”

Currently The Bend is slated to host the first round of the Shannons Motorsport Australia Championships on June 12-14, the platform on which the carsales TCR Australia Series campaigns.

The Porsche Payce Carrera Cup Australia campaign is due to resume at the Townsville 400 on June 26-28.

Supercars is set to make a decision on whether that event can go ahead in the coming weeks.