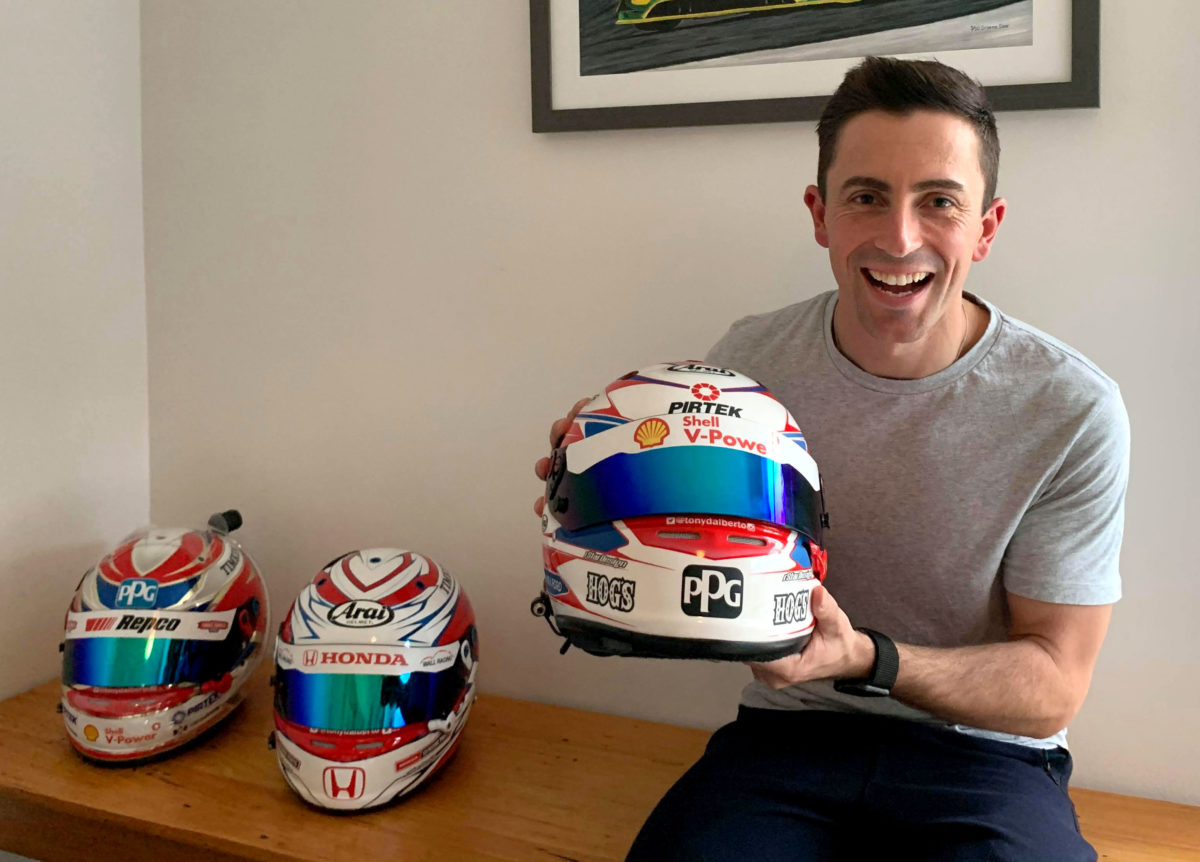 Tony D’Alberto with the stolen helmet

Tony D’Alberto has revealed the helmet which was stolen from the back of his car in 2018 has been returned.

The DJR Team Penske driver wore the helmet during the 2017 Supercheap Auto Bathurst 1000, where he co-drove alongside Fabian Coulthard.

The duo recorded a third place finish in the race behind the pairings of David Reynolds/Luke Youlden and Scott Pye/Warren Luff.

However, D’Alberto subsequently revealed that the helmet had been stolen just prior to the 2018 Sandown 500.

Speaking on the Parked Up podcast, the Development Series winner revealed the helmet is now back in his possession.

“This week, a guy on Instagram sent me a private message and said “Hey, I think I have something that belongs to you, I think it’s your helmet’,” he said.

“Straight away my ears pricked up and I thought, ‘come on, it can’t be?’

“He sent me some photos. I just didn’t believe the guy. I didn’t know him at all.

“He sent me some photos and I picked it up on Monday. The helmet is in pristine condition, no scratches, nothing. I’m absolutely part to get that back.

“I never thought I’d never ever see it again.”

D’Alberto has partnered Coulthard as part of the Pirtek Enduro Cup for the last three seasons, and will do so again for the coming campaign.

The 34-year-old is also a front runner in the TCR Australia series, where he races a Honda Civic Type R for Wall Racing.