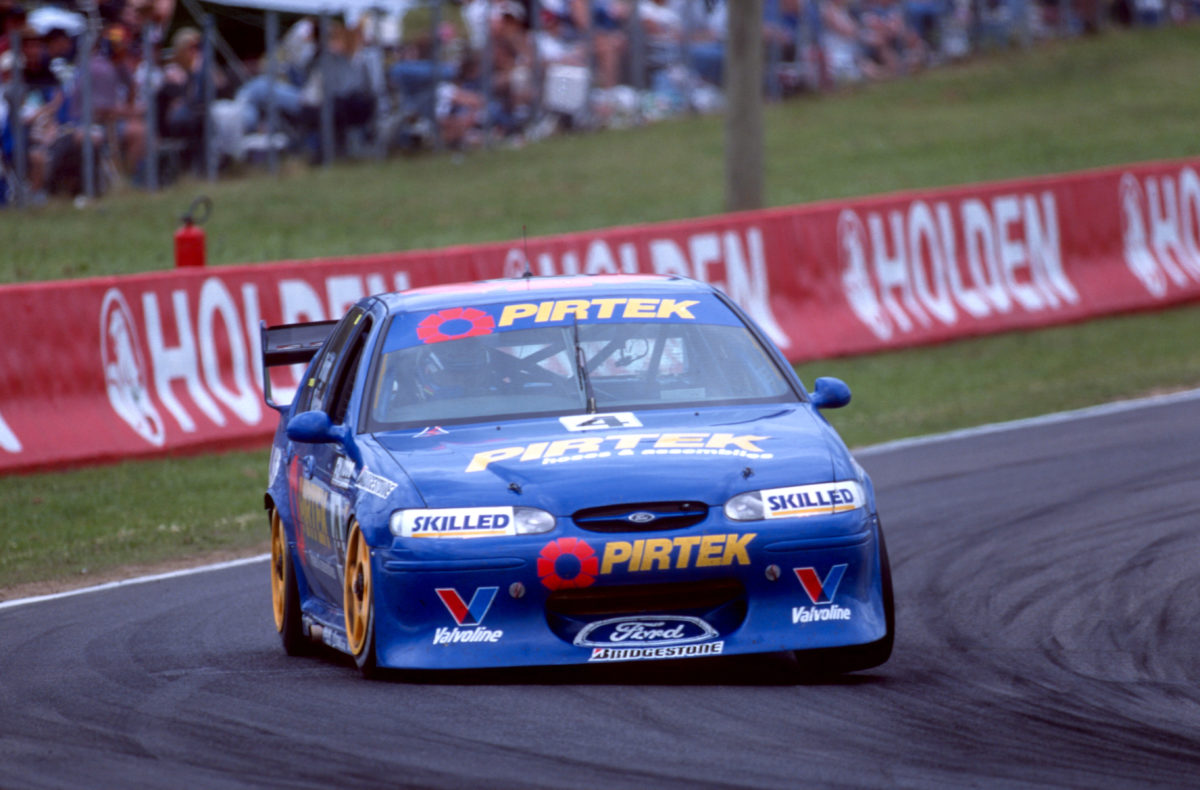 Jason Bright has opened up on the conversation he had with Ross Stone that ultimately led to him returning to the United States to pursue his IndyCar dream in 2000.

Bright had spent a season in the States during his formative years, finishing second in the Formula Ford 2000 series in 1996.

However a lack of funds ruled out a return to the States the following year, though Bright worked to ensure his options remained open.

For 1998 he joined Stone Brothers Racing, netting a handful of podiums late in the season. The season was highlighted by victory with Steven Richards at the Bathurst 1000.

He won the round at Hidden Valley in 1999 but Calder Park, just three rounds later, proved a turning point for Bright’s career.

“In ’99 I was focused on racing in Australia, like I was all the time, but I think it was Calder that year; it was Lowndes’ crash and then I got put in the wall at the restart after Lowndes’ crash, and the officials just did nothing about it,” Bright told Greg Rust for a forthcoming episode of Rusty’s Garage podcast.

“It actually frustrated me enough to go ‘right, I’m going to have another crack at going back to America’.”

Bright had remained in touch with teams in the United States, and had even visited them during the Gold Coast Indy event the previous year.

However, when asked to commit to SBR Bright did so, at least until the Calder Park weekend.

Following that event he travelled to the United States and organised a test with Pacwest, a move that would force his hand upon his return to Australia.

“When I came back to Australia I went into the (SBR) workshop,” Bright recalled.

“I walked into Ross’ office and I heard the door close behind me. Ross had followed me in and I’m like ‘oh’.

“(Stone said) ‘There’s a fax on the fax machine for you, Brighty’.

“So I’ve picked it up and I’ve read it and it was my itinerary to go to America.

“He’s like ‘what’s this about?’. I said ‘I’m going over there to have a test in an Indy Lights car’.

“‘So are you here or there? I want to know right now, and this is your final decision’.”

Forced to make a decision on the spot, Bright elected to try his hand in the States.

He saw out the 1999 season with Stone Brothers Racing before joining Doricott Racing for a season in Indy Lights.

“I basically finished of the year with Stone Brothers and didn’t have anything locked away for Indy Lights,” he said.

“I was sort of doing it on a bit of a wing and a prayer.

“I tested with Pacwest and had a great test,” he continued.

“They really wanted to do something. Scott Dixon had already been over there racing for 12 months and was managed by Stefan Johansson, so he ended up slotting into that drive.

“The team manager at Pacwest phoned Doricott Racing who had won the championship that year and said you really should give this guy a test.

“So I went over there, did the test, worked with a great engineer, and they asked me to go to an oval test a couple of days later and that went really well.

“When I was getting dropped off at the airport the engineer asked me what I was going to do and I’m like well I’ve got to go back to Australia and find a couple million dollars.

“I had been sort of meeting a lot of people an there was a lot of talk and thinking that I might be able to pull the money together but as it turned out the team, Doricott Racing, they really wanted that engineer and that engineer told Doricott that if I was driving the car he’d work for them.

“That basically got me the drive.”

Driving with Doricott Racing in 2000 Bright won in Portland and claimed pole at Ohio en route to a sixth place finish in points standings.

He co-drove with Paul Radisich to second at Bathurst that year too, before returning to Australia for 2001.