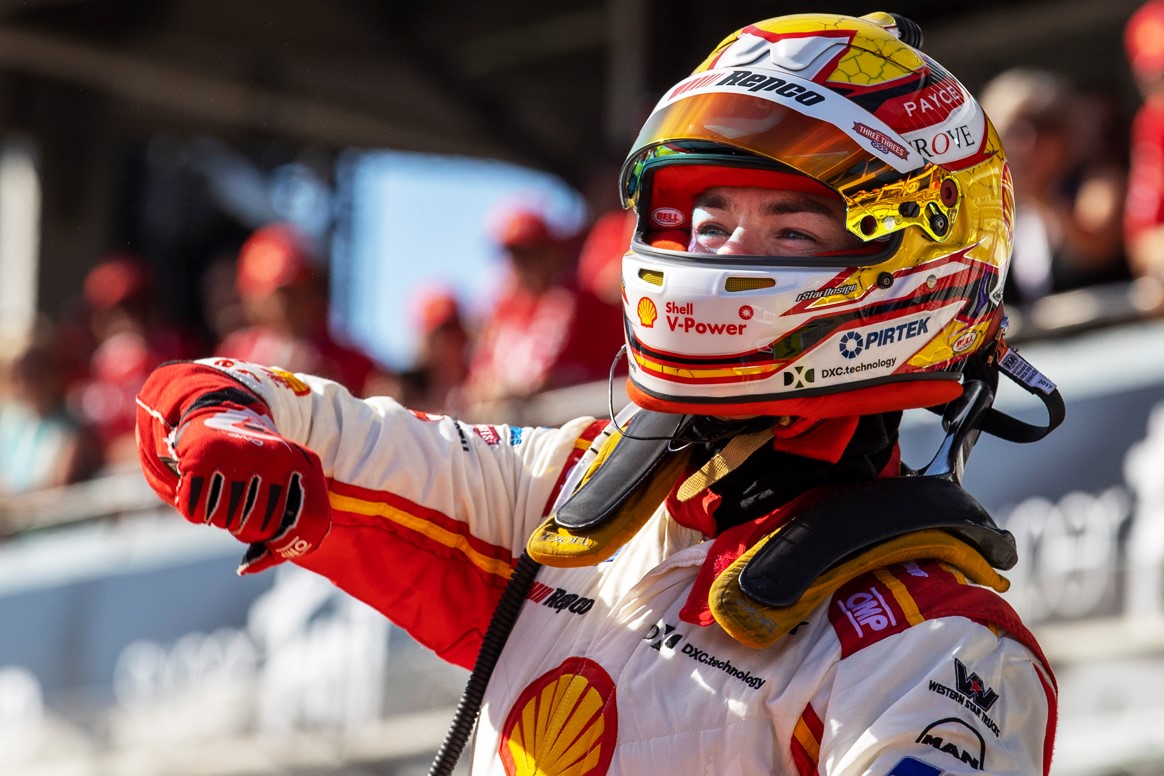 Will Power is backing Scott McLaughlin to be a winner in the USA pic: Shell V-Power Racing Team Tiwtter

Team Penske driver Will Power says there is ‘no question’ Scott McLaughlin is capable of winning the IndyCar Series and Indianapolis 500.

McLaughlin had been slated to make his NTT IndyCar Series debut alongside Power in May, but the ongoing coronavirus pandemic has stifled those plans.

The 26-year-old is in a holding pattern as he awaits confirmation from Team Penske owner Roger Penske and president Tim Cindric as to when he will race.

While there has been no confirmation that McLaughlin will make a full-time move to the USA, the Kiwi has made no secret of the fact he would like to move across the pacific long-term.

Speaking with Speedcafe.com, Power said McLaughlin’s pathway into one of the top teams in IndyCar will put him in a strong position to be capable of winning in the USA.

So far the Kiwi has completed three IndyCar tests with Team Penske, something Power believes wouldn’t be done without a long-term vision.

“There’s no question in my mind that he’ll be able to win a (IndyCar Series) championship or definitely have plenty of chances at winning the Indianapolis 500,” said Power.

“It’ll all be there for him to take. He’s got the talent to do it. Roger (Penske) wouldn’t be wasting his time otherwise testing him if he didn’t think he couldn’t do it.

“I just think he’s a good driver, I think he’s going to be super quick.

“If you take any driver who is at the top of their series and put them in any other series they’ll work it out reasonably quickly, I believe that.

“I’ve seen it in my career, there’s only a couple of guys in every series that are exceptional, and I reckon he’s one of those guys.

“It doesn’t surprise me that he’s reasonably quick,” Power said of his IndyCar tests.

“Obviously he hasn’t done a race weekend yet but his approach, everything, his speed in testing has been really good.”

He then went on to join the full IndyCar Series field at Circuit of The Americas for the official pre-season test where he was third fastest.

After three seasons with DJR Team Penske, McLaughlin has two titles in the Virgin Australia Supercars Championship to his name as well as a Supercheap Auto Bathurst 1000 win.

Last year he broke the record for the most wins in a single Supercars season, scoring 18 wins and eclipsing the record formerly held by Craig Lowndes.

Despite his lack of single-seater experience, Power said McLaughlin’s understanding of how to win in Supercars will put him in better stead than any other up-and-coming single-seater driver.

“I do think he’ll be in a better place, definitely,” Power said of McLaughlin versus those coming through junior formulae categories.

“He’s spent the last close to eight years in Supercars at a very high level. He understands what it takes to put a whole weekend together.

“Some of these guys who come from junior categories lack experience.

“The biggest thing on his side is that he can just plug into a really good team with team-mates that are already running right at the front, getting their data, their set-ups, all of that stuff.

“It certainly could make it a much easier transition.”

McLaughlin’s debut had been slated to take place at Indianapolis Motor Speedway on the inner road course.

However, Power said the real test for McLaughlin will be if he gets to race on an oval.

“I think the tough thing is getting to an oval. It’s all good and fine until you hit the wall. That’s always a bit of a test.

“The first time you have a big shunt on an oval and having to get back out there and trusting the rear of the car. Felix Rosenqvist, he had a few big shunts on ovals.

“Then you get a real appreciation of the respect you must give the speedway because they can bite pretty hard.”

McLaughlin’s next Supercars outing is up in the air with the Winton Super400 in doubt and a cloud cast over the Townsville 400, which had a May 15 deadline for confirming its running.

In the meantime, McLaughlin has won in the BP Supercars All Stars Eseries as well as the IndyCar iRacing Challenge.

McLaughlin currently leads the All Stars Eseries and will next race in the IndyCar-sanctioned online competition on April 26 at Circuit of The Americas.