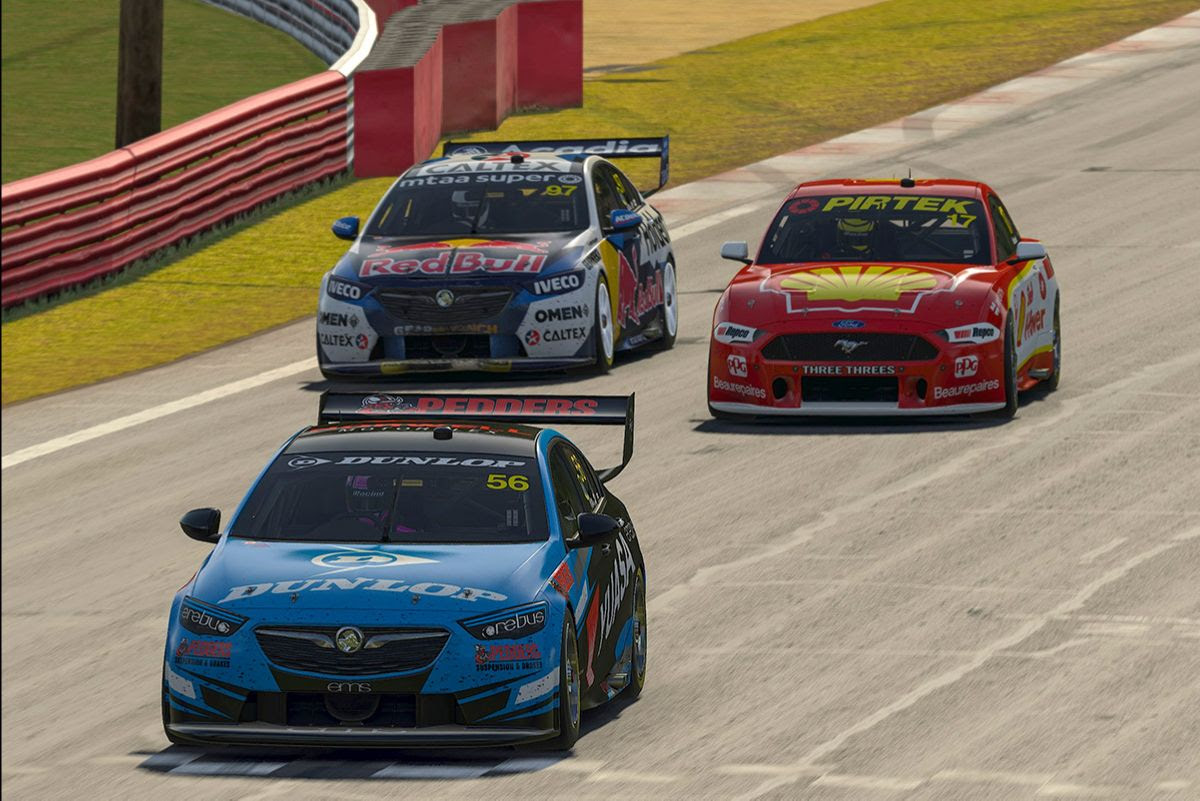 Scott McLaughlin has admitted his surprise at the response the BP Supercars All Stars Eseries has received.

Developed as a way to keep motorsport front and centre during a period in which most sports have been put on hold, the DJR Team Penske driver currently leads the 10 week competition.

That ended with McLaughlin pushed off the road at the final corner, crossing the line second to Kostecki before officials reversed their positions.

“It was such cool racing, I’ve been surprised by the reaction at how much people loved watching it and how nervous they were,” McLaughlin wrote in his latest Grove Racing newsletter.

“I must admit I watched the finish back yesterday and it was so awesome, the racing is genuinely thrilling and the vision is unbelievably close to the real thing.

“Kudos to all of those involved in the sport for putting it together, and I’m thrilled the hype around the sport at this tough time is so positive, and the ratings on television and social media have been so strong.”

McLaughlin is also competing in the IndyCar iRacing Challenge, winning the second round of the competition at Barber Motorsport Park.

At the most recent round he was dueling with his Team Penske team-mate Will Power in the closing laps before tangling with a slower car.

“I’m still a little dirty with being taken out by a backmarker, Oliver Askew, while I was duking it out with Will Power for the race lead with ten laps to go,” he recounted.

“It would have been a cracking finish and I was pretty confident we could have grabbed our second win.

“This Sunday I’m in the IndyCar again at the Circuit of the Americas,” he added.

“It’s the same track I tested the IndyCar in real life in February, and I’ve spent a lot of time driving the track on the sim, so I have high hopes of doing well for Round 5 of the iRacing IndyCar Challenge.”