Rossi to Supercars, Mostert to IndyCar in eSeries crossover

Rossi to Supercars, Mostert to IndyCar in eSeries crossover 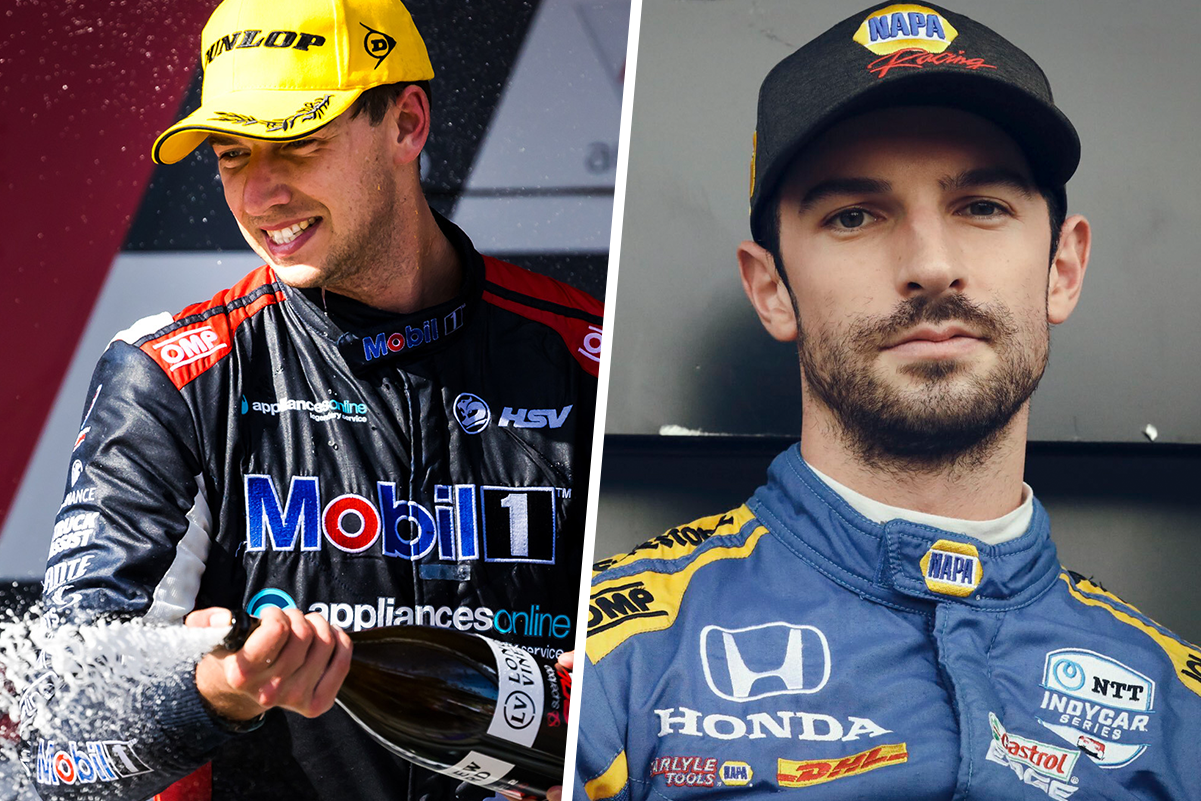 Walkinshaw Andretti United has announced Alexander Rossi and Chaz Mostert will double up their eSeries through a Supercars and IndyCar crossover.

Mostert is set to race in the IndyCar iRacing Challenge this weekend on April 26 at Circuit of The Americas – the same eSeries that Scott McLaughlin has been running in.

Rossi will then join the BP Supercars All Stars Eseries for Round 4 at Circuit Gilles Villeneuve and Watkins Glen International the following week over April 29.

“For me, it’s super exciting to compete in my first IndyCar race, even if it is virtually,” said Mostert.

“Having the link between our organisations has presented me with an amazing opportunity, so a huge thank you to the entire Andretti Autosport team for having me.

“I’ll be looking to do a solid job, I’m not expecting too much, I’ve driven a Supercar around COTA once, but I’m tipping the INDYCAR will be a different kettle of fish.

“It’s great to have some awesome teammates to bounce off, so I’ll be picking their brains in the lead up.”

“The news of Alexander joining the Supercars field as a wildcard is really exciting,” said Mostert.

“I watched their Bathurst wildcard closely, and to be honest, I was a bit bummed I wasn’t a part of the team then to hang out with them and find out a bit more about their world.

“It’ll be great to be on the same team, I’ll be leaning on him for advice, and I hope he will do the same.

“We will definitely have to have a bet going on the results, we will keep it fun for everyone, including ourselves.”

It’s not the first time Rossi will have raced for Walkinshaw Andretti United. Last year he was a wildcard entry in the Supercheap Auto Bathurst 1000 with Hinchcliffe.

“I had such an incredible time driving the V8 Holden with WAU in Bathurst last year,” said Rossi.

“It was a no-brainer for me to return virtually to the grid for two races where I know the tracks incredibly well and have had good success there in the past.

“With Chaz racing with us at COTA in the AutoNation IndyCar Challenge this weekend, we will have to come up with some sort of friendly bet to see who finishes higher in their respective wildcard races. I would put your money on him.”

Round 5 of the IndyCar iRacing Challenge at Circuit of The Americas gets underway on April 26 at 04:30 AEST.

Round 4 of the BP Supercars All Stars Eseries takes place on April 29 at 18:00 AEST.