Kostecki’s NASCAR nudge: “I got the win in my books”

Kostecki’s NASCAR nudge: “I got the win in my books” 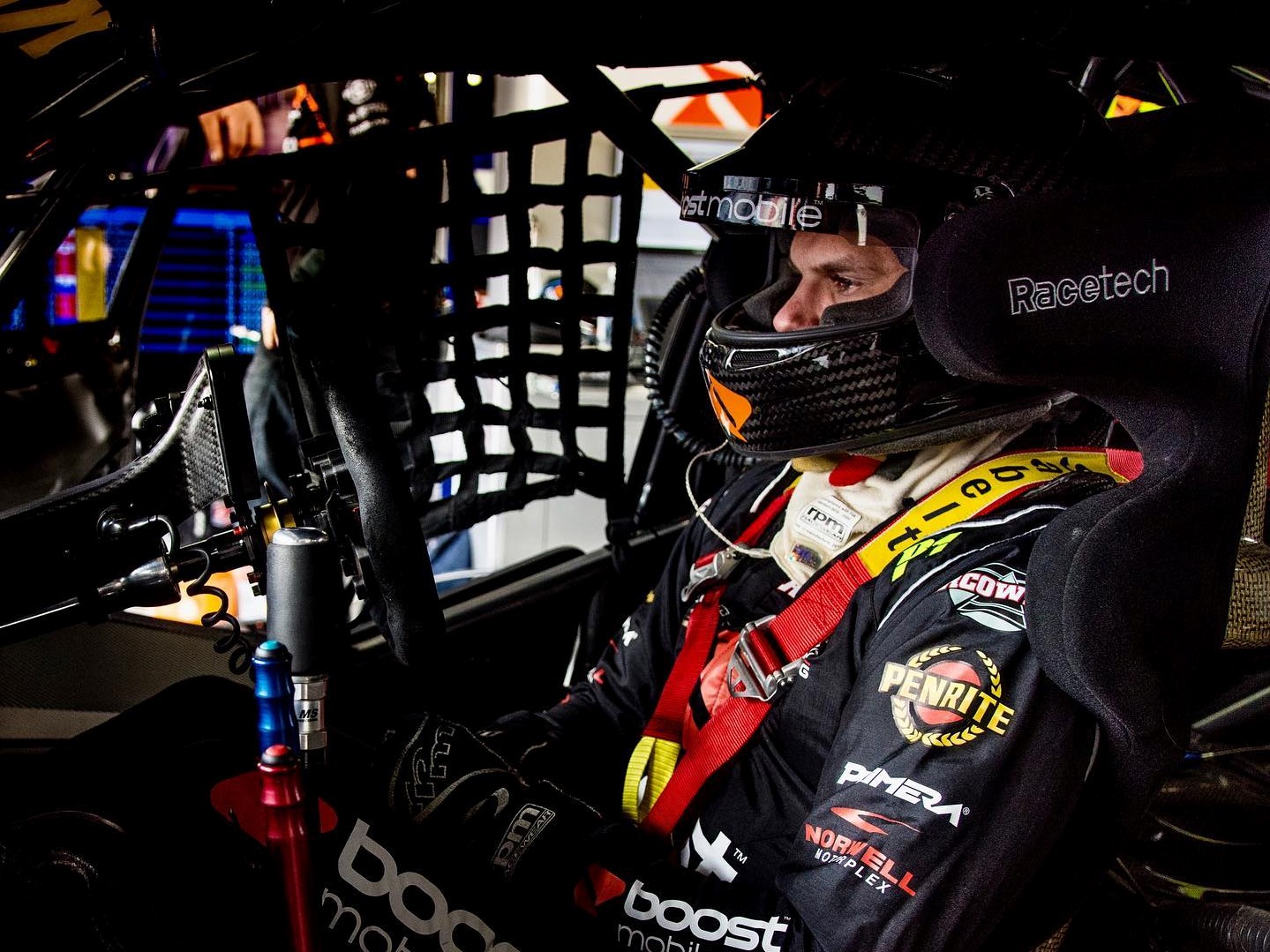 Between 2013 and 2014 he pursued a NASCAR career in the development K&N Pro Series East category, racing primarily on ovals.

In the final race of the night the Perth-born pilot executed a bump-and-run on race leader Scott McLaughlin on the final lap to cast the Shell V-Power Racing Team driver wide of the last corner.

As a result, McLaughlin ended up driving off the track and hit the outside tyre wall before returning to the track and claiming second place at the line behind Kostecki.

“(McLaughlin) was making it pretty hard for me. His car was pretty wide and there aren’t many places that you can pass at Bathurst.

“Unfortunately it makes for boring racing. It kind of does in real life too.

“I grew up on the short tracks of North Carolina, NASCAR oval stuff. I just had a crack and did pretty much what I grew up doing.

“I got the win in my books, but unfortunately it’s not legal in Supercars. I hope it was fun for everyone to watch. I tried to do the old bump and run.”

After his time in North America, Kostecki returned to Australia to race in the Dunlop Super2 Series, which he currently leads after the Adelaide 500 earlier this year.

Since the season has been put on hold, Kostecki has been spending much of his spare time on iRacing.

He was drafted in for Round 3 of the Eseries alongside fellow Super2 Series competitor Thomas Randle, IndyCar Series regular Will Power, and ex-Supercars driver Simona De Silvestro.

Kostecki started the night strong with the fastest time in qualifying before falling just short of pole position in the top 10 shootout behind Shane van Gibsbergen by 0.009s.

Kostecki ended the night with finishes of second in the eight-lap opener, ninth in the reverse grid race, and second in the 14-lap finale.

“It was really fun and I was really glad to be a part of it,” he said.

“It was really good racing with Anton (De Pasquale) and Shane (van Gisbergen) and Scotty (McLaughlin). It was a bit of a pity at the end there, but all in all, it was good fun.

“It was great to have such good partners on the car with all the regular people who support me throughout my career at the moment.

“I knew that I was fast enough to be up there, but full credit to Shane and Scotty,” he added.

“They’re definitely fast in a simulator and that just goes to show they’re fast on the track in real life and they’re fast in the sim.

“They’re two very competitive people and they put in the effort to be fast. All they want to do is win.

“I was glad to be up there toe-to-toe with them. I had a pretty good pit stop at the end and got right up to Shane.

“He let me go so I could try to use Scotty as a pick for him. I didn’t end up getting the job done. Scotty just drove to the rule book and got me. That was that.”

Kostecki’s inclusion allegedly drew criticism during the night from other drivers in the private chat who believed he had an unfair advantage.

Kostecki has been responsible for creating the set-ups for the virtual Ford and Holden race cars that every driver uses.

Broadcasting via streaming service Twitch, Anton De Pasquale said Will Davison and other drivers had been complaining about Kostecki being allowed to race.

“All the guys that were up the front don’t seem to be complaining but the ones that are mediocre are the ones complaining. Maybe they should just take a look at themselves first.”

Despite that, Kostecki said he thought he put on a good show and was deserving of another wildcard appearance.

“If I got the opportunity I would definitely love to,” he said.

“I hope that me being involved in this round put on a good show for the fans.

“That’s my goal is to drive as hard as I can and as fast as I can and put on a good show. Hopefully I get the chance to do it again.”

Round 4 of the BP Supercars All Stars Eseries takes place at Circuit Gilles Villneuve and Watkins Glen International on April 29.