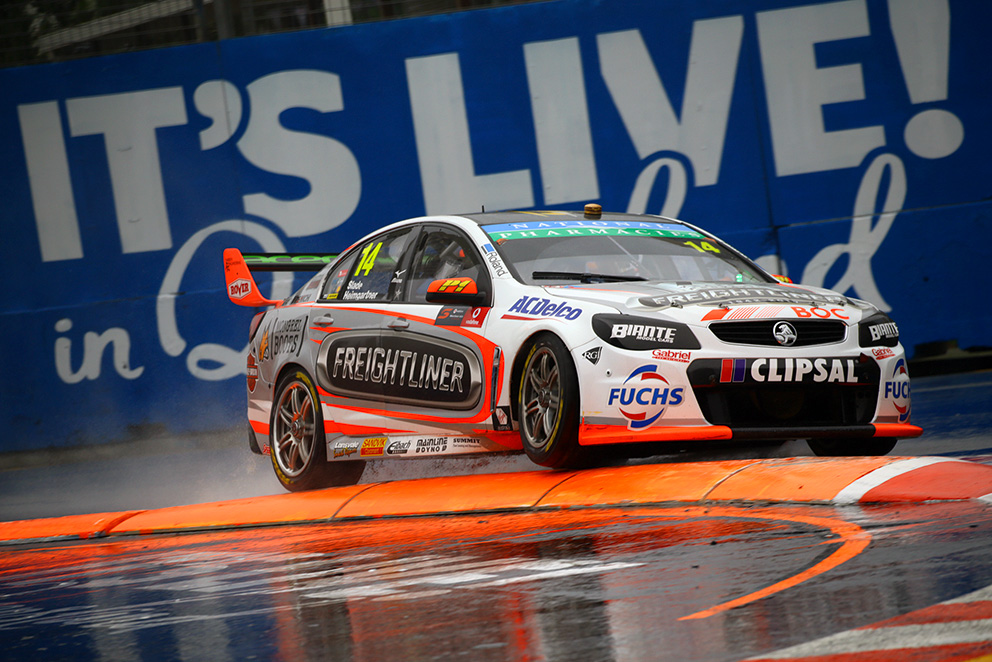 Andre Heimgartner has spoken about how a podium at the Gold Coast 600 in 2017 is his career-defining moment to date.

Ahead of today’s Young Gun feature, Speedcafe.com spoke with Heimgartner about the race that led to him being picked up by Kelly Racing for the 2018 Virgin Australia Supercars Championship.

Heimgartner was a late inclusion in Pirtek Enduro Cup with Brad Jones Racing that year after Ash Walsh suffered injuries in a high-speed testing crash.

At the time, Heimgartner had been racing and winning in Porsche Carrera Cup Australia after he was unable to find a drive for the Supercars season in 2017.

Then a lifeline came from Brad Jones Racing who drafted Heimgartner into the team at the Supercheap Auto Bathurst 1000 after Walsh was withdrawn.

Heimgartner joined then full-time driver Tim Slade and the pair went on to finish ninth in the race before heading to the Gold Coast 600 for the final leg of the endurance campaign.

Slade qualified third behind pole-sitter Chaz Mostert and Jamie Whincup. Most of the co-drivers started that race, including Heimgartner.

In the first stint, he passed Whincup’s co-driver Paul Dumbrell and then Mostert’s co-driver Steve Owen to take control of the race.

Heimgartner established an unassailable lead, but his luck ran out when he came to the pit lane and the air jack found a gap in the concrete.

That meant the car couldn’t get high enough off the ground to change the left rear wheel, which slowed their pit stop.

Eventually, Heimgartner and Slade finished third behind the Prodrive Racing entries led by Mostert and Owen with Cameron Waters and Richie Stanaway in second.

“The jack got stuck in one of the cracks in the concrete, so that was pretty unfortunate, but luckily we still got to save a podium out of it,” Heimgartner told Speedcafe.com.

“That was one of the greatest things I could remember, just being up on that Gold Coast podium.

“It’s one of the coolest things, holding your surfboard. And for me, obviously, it being so unplanned, it was a big surprise.”

In the fourth Young Gun feature, Heimgartner revealed how he nearly gave up racing to become a finance broker.

Ultimately, the result rebooted his career.

“Even after that in a press conference, I said, ‘I’m not really interested in coming back if it’s not in a car, or a team, that I think can support me, and have a chance of winning and doing well,’ because I’d been there, done that, and I wasn’t really that interested in doing that again.

“I wanted to explore other things in my life and then luckily Todd (Kelly) came along, and the rest is history.

“It’s something personal with me,” Heimgartner said of the race.

“A lot of people, they seem to win a championship, or win a race, or do something fantastic at the correct time that allows them to take the next step, or get noticed.

“And up until that point in my career whenever the pressure had been on and I really needed to perform, or really needed some result, to help me out, it went astray.

“So for it actually to come through at the right time, and to have a 20 second lead in the wet there over everyone else, it was pretty surreal.

“It was something that, for sure, my career wouldn’t have been the same if it wasn’t for that opportunity, and for that result.”

The fourth Young Guns feature will be released at 16:30 AEST on April 23. CLICK HERE to enter the draw to win a Lego Porsche 911 RSR