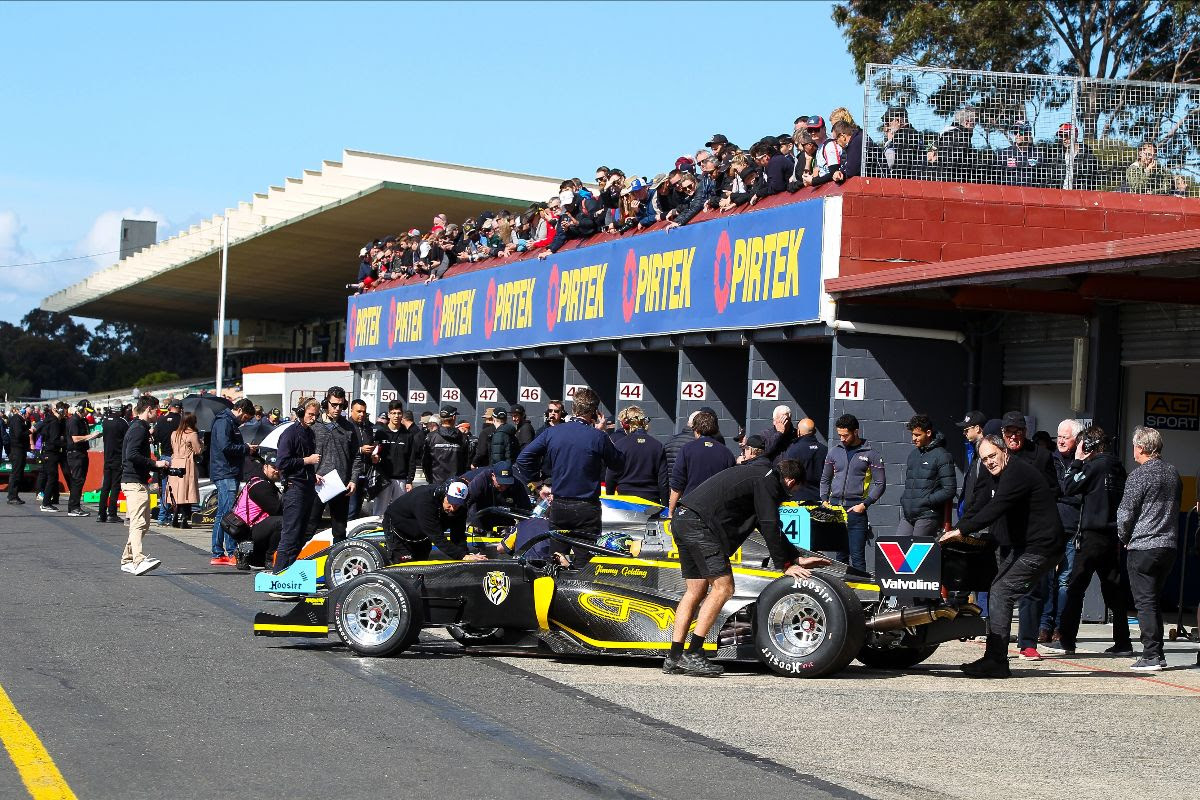 The man at the helm of the Shannons Motorsport Australia Championships believes it’s important that the platform remains accessible to categories.

Following the arrival of the carsales TCR Australia Series in 2019, the Championships took a noticeable step forward in terms of presentation and professionalism.

That included a free-to-air television deal with Channel 7 alongside the existing live stream.

“We’re really conscious of making sure that we can provide those, let’s call them grassroots categories, an opportunity to step up and run at a national level event and we will fundamentally continue to do that,” Smith told Speedcafe.com.

“Motorsport Australia is a not for profit, let’s not forget that.

“That’s not to say that we’re a full loss-making organization, but certainly the Shannons Motorsport Australia Championships need to step up commercially.

“Our objective in running it is not so much commercial returns as much as it is ensuring that we’ve got a high quality platform for our categories.”

S5000 came online in a demonstration capacity late last year and has this year become a formalised Championship.

Both TCR and S5000 are owned by the Australian Racing Group, which has also stood up a national Trans Am competition.

The organisation holds category management rights to the Kumho V8 Touring Car Series, and Gulf Western Oils Touring Car Masters categories to make for a total of five competitions directly under its control.

In recent years the Shannons Nationals, as it was previously known, was headlined by the Australian GT Championship, supported by the likes of the Australian Production Cars Series, Radical Australia Cup, Porsche Michelin GT3 Cup Challenge, and Australian Prototype Series.

There have been a smattering of one-off appearances too, with Touring Car Masters, Heritage Touring Cars, and others having sporadically appeared at events.

Those immediate concerns appear to have eased, and while the APCS has run standalone events, it has also remained part of the Motorsport Australia Championships.

It’s a scenario that highlights the delicate balancing act Motorsport Australia must manage as it looks to marry what categories want versus what can be realistically offered.

Responsibility for that decision, if not the decision itself, ultimately falls to Smith.

“I spend probably half of my day on the phone to all of our customers talking to them about calendars and race formats and what their preference is,” he said.

“But I reckon at the moment we’re doing pretty good job of honing that sweet spot and it’s just something that we’re going to need to keep focused on in the future because we certainly don’t want to become unachievable or unattainable for those level categories.

“I think it’s really important that we continue to provide a home for those categories.”

That even extends to categories which wouldn’t otherwise race as a national competition.

“You’ll see at our Queensland event, for instance, last year we had Improved Production race there,” Smith explained.

“I think we had Porsche 944 race with us at Winton. We’ve had Hyundai Excels race with us.

“We’re really conscious of making sure that we can provide those, let’s call them grassroots categories, an opportunity to step up and run at a national level event and we will fundamentally continue to do that.”