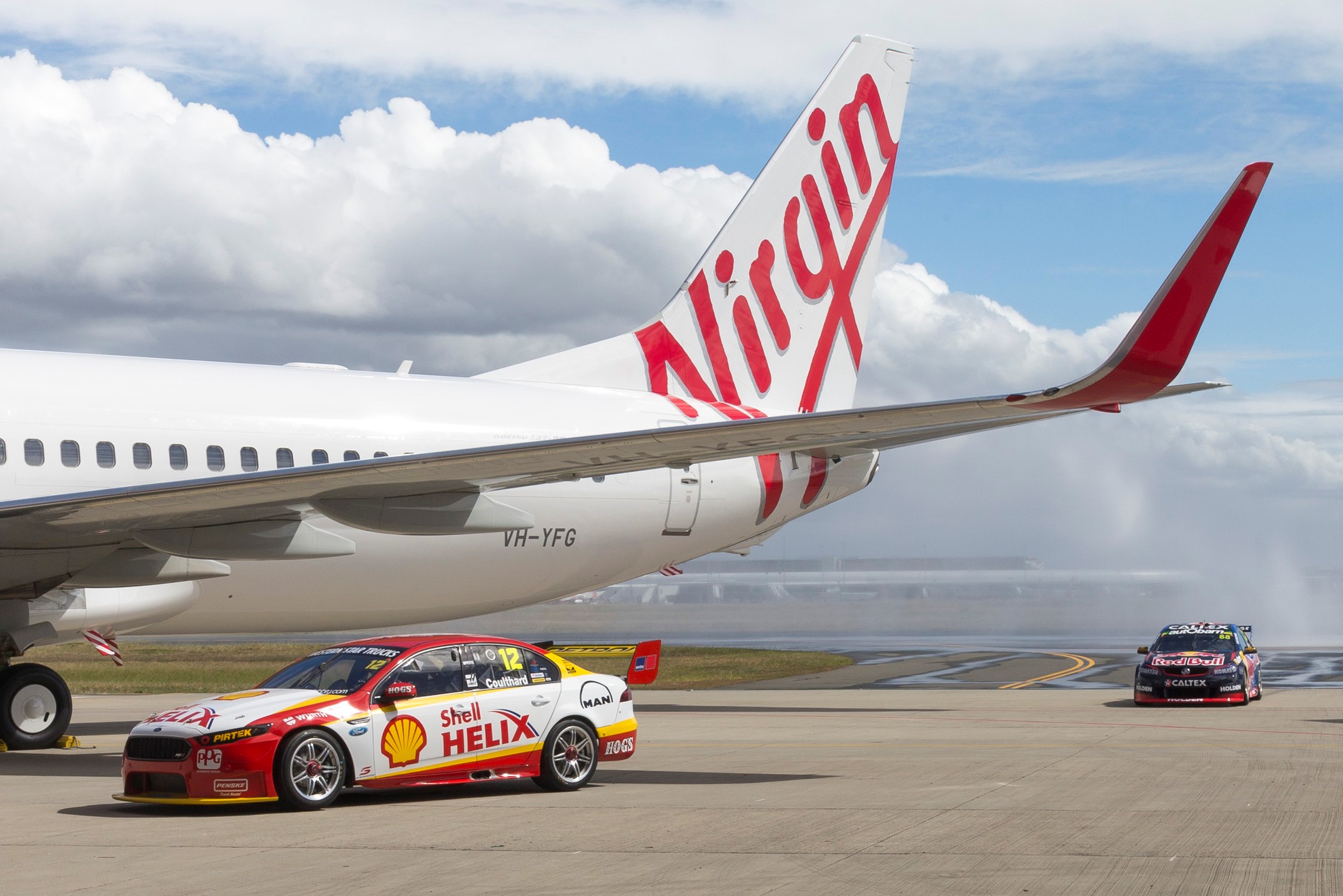 Supercars primary sponsor Virgin Australia has announced it has gone into voluntary administration.

Virgin Australia joined Supercars in 2016 on a five-year deal which is set to finish at the end of 2020.

Speedcafe.com understands Supercars’ deal with Virgin Australia is worth $1.5 million per annum in contra at discounted ticket rates, and each team gets $35,000 in contra per car.

It is believed Supercars senior management, team owners, and all previous champions also have access to Virgin’s private VIP facility called ‘The Club’.

When approached by Speedcafe.com for comment, Supercars confirmed it would not be providing any information until it had spoken with Virgin Australia.

The administrators will be supported by Virgin Australia Group Chief Executive Officer Paul Scurrah and the Group’s management.

The announcement comes in the wake of Virgin Australia Group grounding the majority of its flights due to the coronavirus pandemic.

The Group currently has $4.8 billion in debt and last week placed its shares in a trading halt.

The Group sought financial assistance from the Federal Government and State Governments to help it survive.

The Federal Government last week said it would pledge $165 million to Virgin Australia and Qantas to conduct domestic flights for at least eight weeks.

Virgin Australia Group employs over 10,000 people and a further 6,000 indirectly.

In a statement, Virgin Australia announced the move was made to ‘recapitalise the business and help ensure it emerges in a stronger financial position’ following the coronavirus pandemic.

“Our intention is to undertake a process to restructure and re-finance the business and bring it out of administration as soon as possible,” administrator Vaughan Strawbridge said.

“We are committed to working with Paul (Scurrah) and the Virgin Australia team and are progressing well on some immediate steps.

“We have commenced a process of seeking interest from parties for participation in the recapitalisation of the business and its future, and there have been several expressions of interest so far.”

“Our decision today is about securing the future of the Virgin Australia Group and emerging on the other side of the COVID-19 crisis,” said CEO Scurrah.

“In 20 years, the Virgin Australia Group has earned its place as part of the fabric of Australia’s tourism industry.

“We employ more than 10,000 people and a further 6,000 indirectly, fly to 41 destinations including major cities and regional communities, have more than 10 million members of our Velocity loyalty program, and contribute around $11 billion to the Australian economy every year.”

“Australia needs a second airline and we are determined to keep flying. Virgin Australia will play a vital role in getting the Australian economy back on its feet after the COVID-19 pandemic by ensuring the country has access to competitive and high-quality air travel.”