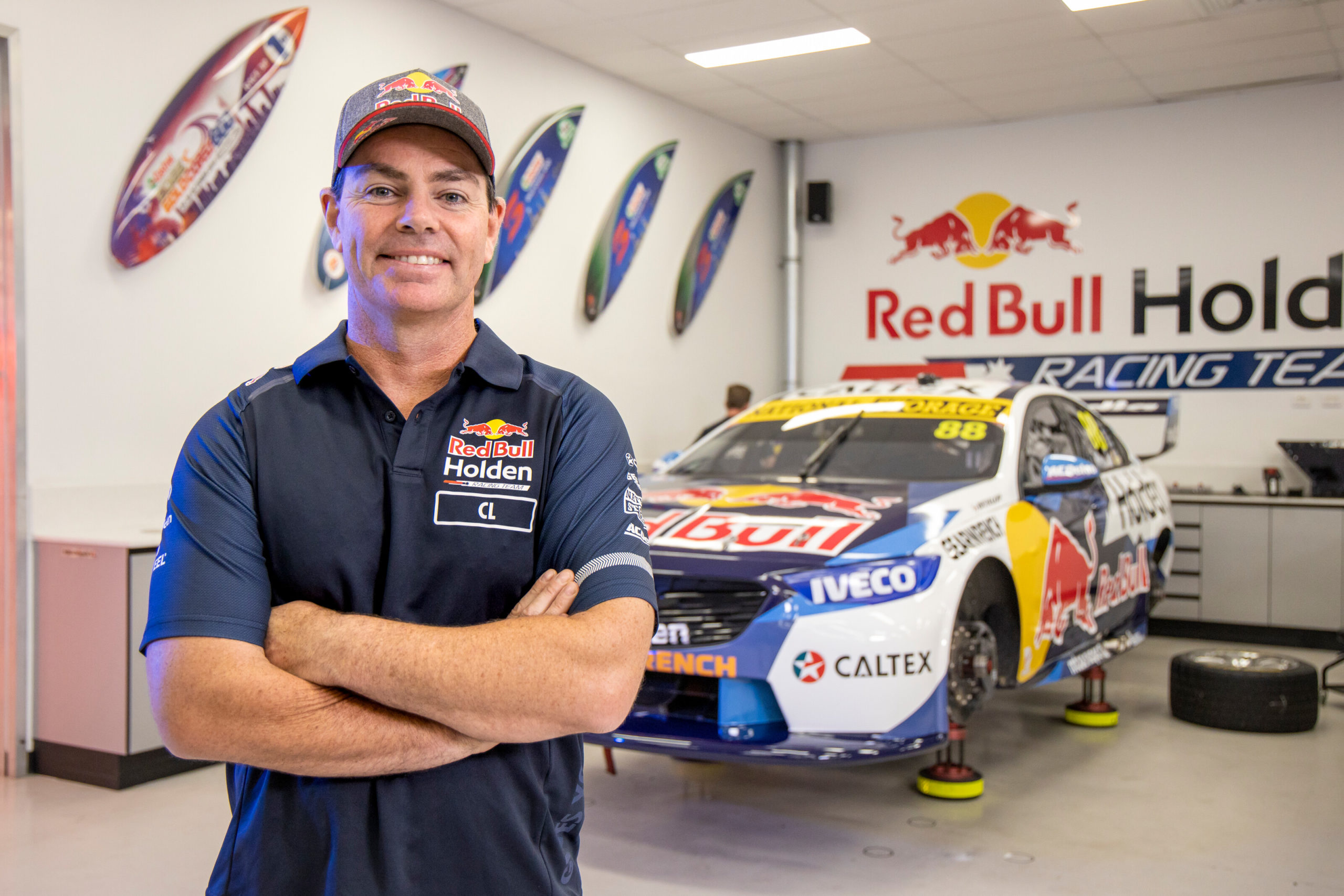 Australian motor racing stalwart Craig Lowndes says he would be interested in being a BP Supercar All Stars Eseries wildcard.

The series heads to Mount Panorama Motor Racing Circuit this week for the third round in the 10-week competition, which will feature four wildcard entries.

Lowndes said he hasn’t got a simulator of his own but could find a way to make it work if he was given the opportunity to race in future events.

“I would be keen to throw my hat in the ring, for sure,” Lowndes told Speedcafe.com.

“I don’t know how I would go, I would probably be at the back with Jamie (Whincup),” he joked.

“I don’t have a sim. That would be a bit of a hurdle, but we can get access to one and see how I go.”

Lowndes has used simulators before as part of pre-event preparation when he raced in the Virgin Australia Supercars Championship but said, “nothing beats the real thing.”

“I’ve used sims a couple of years ago just to try and get some practice in before going to events,” he said.

“I know some sims are getting much better with hydraulics to replicate the feel of it, which would make it a lot easier to adapt to that side of it.

“That generation that uses sims have the ability to literally just have the hand-eye coordination going instead of the sensation of what the car is doing underneath you.

“I’ll pick on Jamie, he’s struggling at the back of the pack when in reality he’s not that slow. It’s interesting and funny to watch what goes on.”

Lowndes is currently slated to race with Whincup later this year in the Pirtek Enduro Cup for the Red Bull Holden Racing Team.

The seven-time Supercars champion has had a rough run to date in the Eseries while team-mate Shane van Gisbergen has been a front-runner.

“I’ve spoken to Shane about it, he uses the sims quite a lot,” Lowndes said.

“For him, like Anton De Pasquale, Scott McLaughlin, those guys, they have used the simulators quite a lot in the past and adapted quite well to what we’re seeing.”

The seven-time Supercheap Auto Bathurst 1000 could join a growing list of wildcard entries in the Eseries.

Formula 1 driver Max Verstappen was the first wildcard for Aston Martin Red Bull Racing in Round 2. He claimed three second-place finishes across his four starts at Silverstone and Circuit de Barcelona-Catalunya.

Since then Porsche driver Simona De Silvestro and Indianapolis 500 winner Will Power have been confirmed for Round 3.

Dunlop Super2 Series front-runners Thomas Randle and Brodie Kostecki have both been confirmed for Round 3 as well, bringing the grid to 29 entries.

Lowndes said the Eseries has been a great initiative to get fans engaged with drivers during the coronavirus-induced break.

“I think it’s fantastic that the drivers are still able to be interactive and super competitive, although it’s obviously a virtual setting,” said Lowndes.

“I think that Rick Kelly and a few others are a bit happy it’s on a computer having seen some of the accidents that have happened,” he laughed.

Round 3 of the BP Supercars All Stars Eseries gets underway on April 22 at 18:00 AEST.