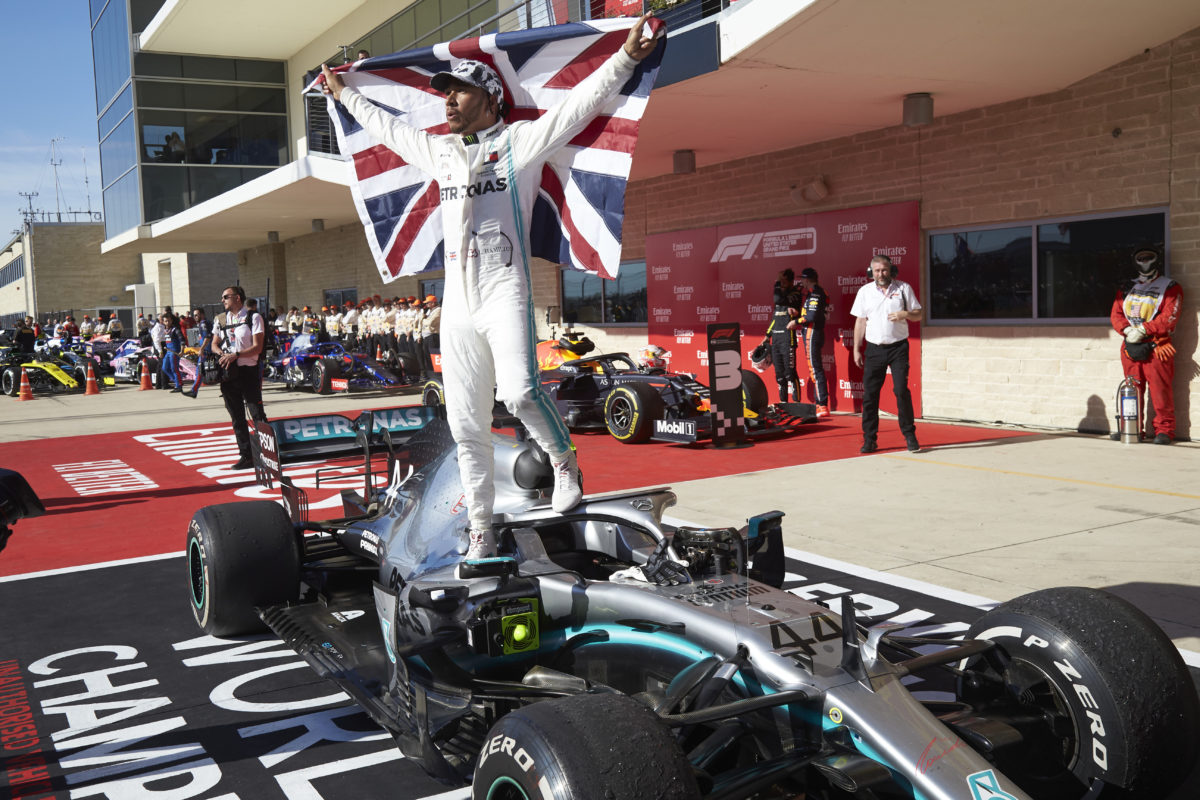 Hamilton after winning the 2019 world championship

Six-time Formula 1 world champion Lewis Hamilton has hosed down rumours claiming he is angling for a move to Ferrari.

The Englishman joined Mercedes from McLaren for the 2013 season and has won or finished second in the championship every year since 2014.

It’s seen him rack up five championships, and claim 63 grand prix wins as Mercedes has dominated the hybrid era.

Like a number of the sport’s leading drivers, Hamilton is out of contract at the end of 2020.

However, a report in the tabloid newspaper, The Sun, claimed Hamilton was poised to leave the team in favour of a move to Ferrari.

It’s a rumour that has often been aired, and seemingly reinforced by Hamilton meeting Ferrari CEO Louis Camilleri.

That meeting has been dismissed as nothing more than a social event while Hamilton has gone one step further to shoot down The Sun’s claim.

“First off, there is no dream of a dash to another team,” he asserted on Instagram in a post which has since been deleted.

“I am with my dream team.

“Second, there’s not a thing in my way as I’m not trying to move.

“I’m with the people who have cared from day 1. We are the best team!”

Like Hamilton, Ferrari’s lead driver Sebastian Vettel is out of contract at the end of the year, as is Daniel Ricciardo.

Vettel has recently admitted his future may be decided before a wheel has turned in anger for season 2020.