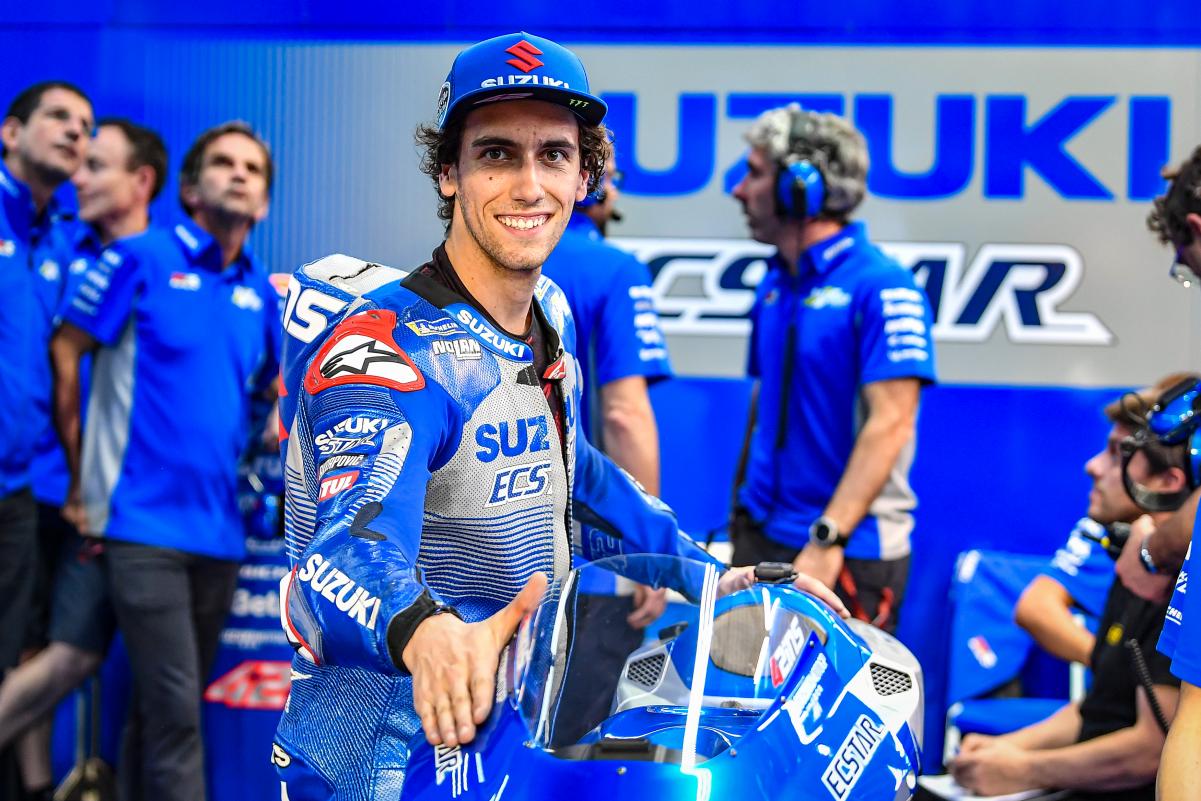 Alex Rins has signed a new contract which will keep him at Team Suzuki MotoGP for at least two more years.

Rins’ renewal was widely expected following public statements from Team Manager Davide Brivio earlier this year, and means the Spaniard is due to notch up at least six seasons with Suzuki having debuted in the premier class with the squad in 2017.

After an injury-disrupted first season, Rins achieved his first five MotoGP podiums in 2018, and took his first win at the Circuit of the Americas just over a year ago.

His victory tally now sits at two having beaten Marc Marquez in an epic finish at Silverstone last August on his way to a career-best fourth in the championship.

“My wish was to continue with Suzuki and finally this is what I did,” said the 24-year-old.

“I believe that the project has the potential to be a winning one, I have the desire to win, and so we match perfectly.

“I have always believed in the team and for this reason it was easy to get to the basic agreement very early on. Then we took some time to finalise the details and follow all the internal processes.

“Now we have to understand what’s going to happen with the 2020 season, we are ready to compete at the maximum level, as we already showed in the pre-season tests.”

With the coronavirus pandemic known to have delayed at least some negotiations, Rins’ is the first deal to be announced during the current period of disruption.

“With this extension, we have stayed with a young, talented, determined and fast rider like Alex for a total of six years, and this is exactly what we aimed for when we signed him the first time in 2017,” said Team Suzuki MotoGP Project Leader, Shinichi Sahara.

“He has grown a lot, and with him also his crew and the whole team has grown too. We’ve achieved podiums and victories, and I feel that the best is still yet to come.

“Unfortunately, the situation now doesn’t allow us to prove under race conditions all the progress that we’ve made or the results I believe we are capable of, but this Coronavirus situation is new for everyone and we need to adapt.

“For sure we are remaining upbeat, and this agreement confirms that we are always thinking of the future with optimism and positivity.”

Indications are that Suzuki’s other incumbent, Joan Mir, will also ink a new contract with the Hamamatsu marque although that is yet to be announced.

Honda Racing Corporation has already handed Marc Marquez a new four-year deal before the present season was due to have begun, off the back of Yamaha Factory Racing’s agreements to tie Maverick Viñales and Fabio Quartararo to its operation for 2021 and 2022.

The only other confirmed rider for next year so far is Avintia’s Tito Rabat, who signed an out-of-cycle two-year contract with the Ducati satellite team midway through 2019.