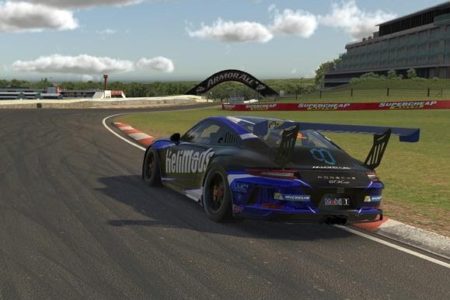 Porsche racing in the virtual world

Past and present Carrera Cup and Sprint Challenge drivers will be invited to participate in the new Porsche Payce and Michelin Virtual Cup Australia.

To be run on the iRacing platform, the competition is open to drivers from both of the real world Australian Porsche series across this year and the last.

Carrera Cup legends will also be given the opportunity to race, as well as the German marque’s drivers from around the world in a Porsche Motorsport Australia car.

Furthermore, a Geisterfahrer (Ghost Driver) Car will be piloted by an unnamed person for the duration of the six-round season, with prizes on offer for fans who correctly guess their identity.

Each team will be given an additional ‘team car’ entry for a crew member to drive.

Rounds will take place every second Monday night from May 4, comprised provisionally of two races each round off the back of a 30-minute practice session and 20 minutes of qualifying.

A cap of 45 cars per race (subject to track capacity), all the iRacing Porsche 911 GT3 Cup Car, will be placed on the field.