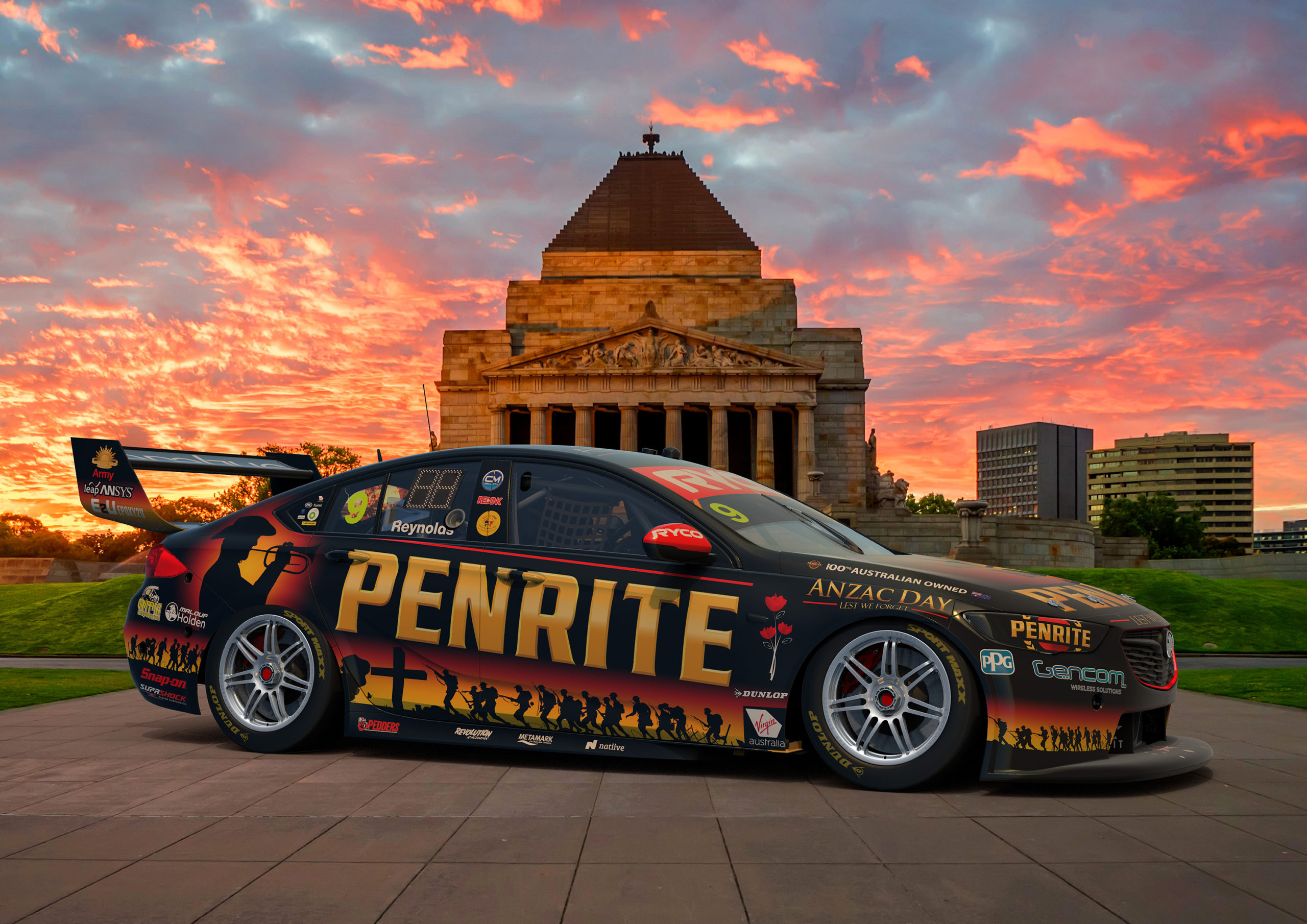 Penrite Racing has revealed a commemorative ANZAC livery that was to be raced at the ITM Auckland Super400.

Instead, the tribute scheme will make a one-off appearance in the BP Supercars All Stars Eseries, which takes place at the virtual Mount Panorama Motor Racing Circuit on April 22.

The design features a silhouette of soldiers pictured during the landing at ANZAC Cove on the Gallipoli Peninsula.

The car will don the familiar ANZAC phrase ‘lest we forget’ as well as a soldier playing the bugle, which is often associated with The Last Post.

The Virgin Australia Supercars Championship was slated to race at Hampton Downs Motorsport Park this weekend.

However, the sole flyaway round was postponed due to the coronavirus pandemic alongside events in Tasmania and Perth.

This weekend marks the 105th anniversary of the Gallipoli landing. “It’s one of our countries most national occasions so it’s a privilege to carry the livery this week – it’s only fitting that it’s at Australia’s most iconic circuit,” said Anton De Pasquale.

“I feel proud to be able to pay tribute to the ANZAC spirit and the brave men and women who served for our countries – and those that are still serving today.

“It’s important to remember the sacrifices made so we can enjoy the freedoms we have.”

Penrite Oil’s Corporate Partnership Manager, Jarrod Harding added, “The spirit of the ANZAC is reflected in a lot of our values as an Australian owned company – courage, mateship, ingenuity and commitment.

“With warehousing facilities across Australia and New Zealand, we are proud to have the
opportunity to acknowledge and respect such a special day in our history.

“We’re not only commemorating those who fought at Gallipoli, but every person who has served our country.”

De Pasquale will be joined by David Reynolds who returns to the competition after the team decided to run Will Brown for the second round instead.