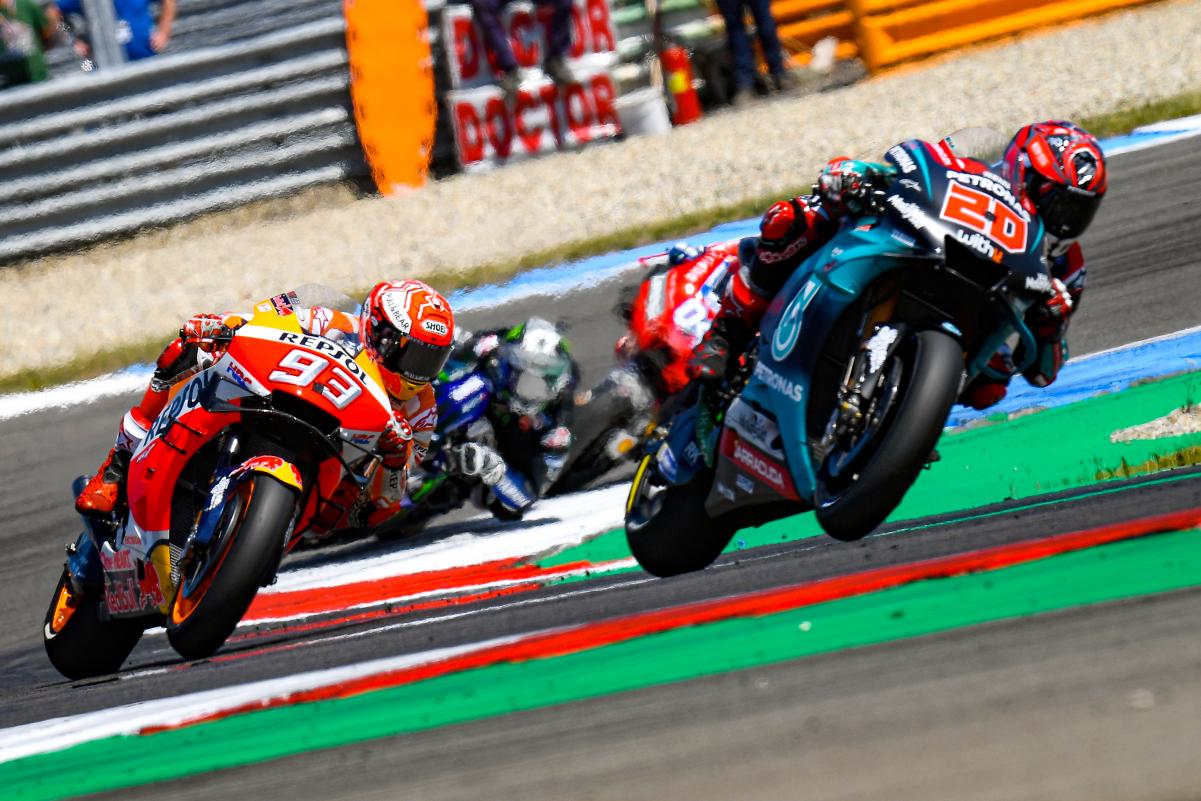 Dorna Sports is hoping to start the 2020 MotoGP season in July with closed doors races, although it has not yet given up on June’s German round.

ADAC has asked for a new date for the Sachsenring event, currently scheduled for June 19-21, as a result of an extension of Germany’s ban on mass gatherings and The Netherlands could therefore assume season-opener status.

Assen is due to host the Dutch TT on June 26-28, and the third round not yet officially postponed/cancelled because of COVID-19 is that at Finland’s new KymiRing on July 10-12, before the summer break.

The KymiRing, however, is problematic given that MotoGP had also scheduled a Michelin tyre test there on June 15-16 before its inaugural round.

Dorna CEO Carmelo Ezpeleta suggested that the championship is shaping for a July start, with circuits whose races have already been postponed.

“On the 27th (of April) we will speak with Germany and the Netherlands to see what the scenario is at the end of June,” he told Spanish sports newspaper AS.

“Then the next one is in July, Finland, but that is complicated by homologation issues.

“Depending on whether or not Germany can race without spectators, we will consider things from there. The most optimistic scenario would be to start in Germany, which I see as difficult, but we have to wait.

“The other would be to start in July by relocating some of the races that have been postponed, but we still cannot propose anything at this stage.

“Of course, it is a decision that at the latest should be made in May, to have a month and a half to organise (an event).”

Dorna, like Formula 1, is looking to resume racing behind closed doors, with Ezpeleta explaining that, “We are preparing a protocol together with the relevant authorities, for example the Sports Council in Spain and Italian Olympic Committee.”

Having initially issued a succession of revised calendars, Dorna has opted of late to simply declare rounds as postponed given the fluid nature of the pandemic.

The only grand prix motorcycle racing thus far in 2020 has been Round 1 of each of Moto2 and Moto3 in Qatar in early-March, with Tetsuta Nagashima and Albert Arenas taking the respective victories.