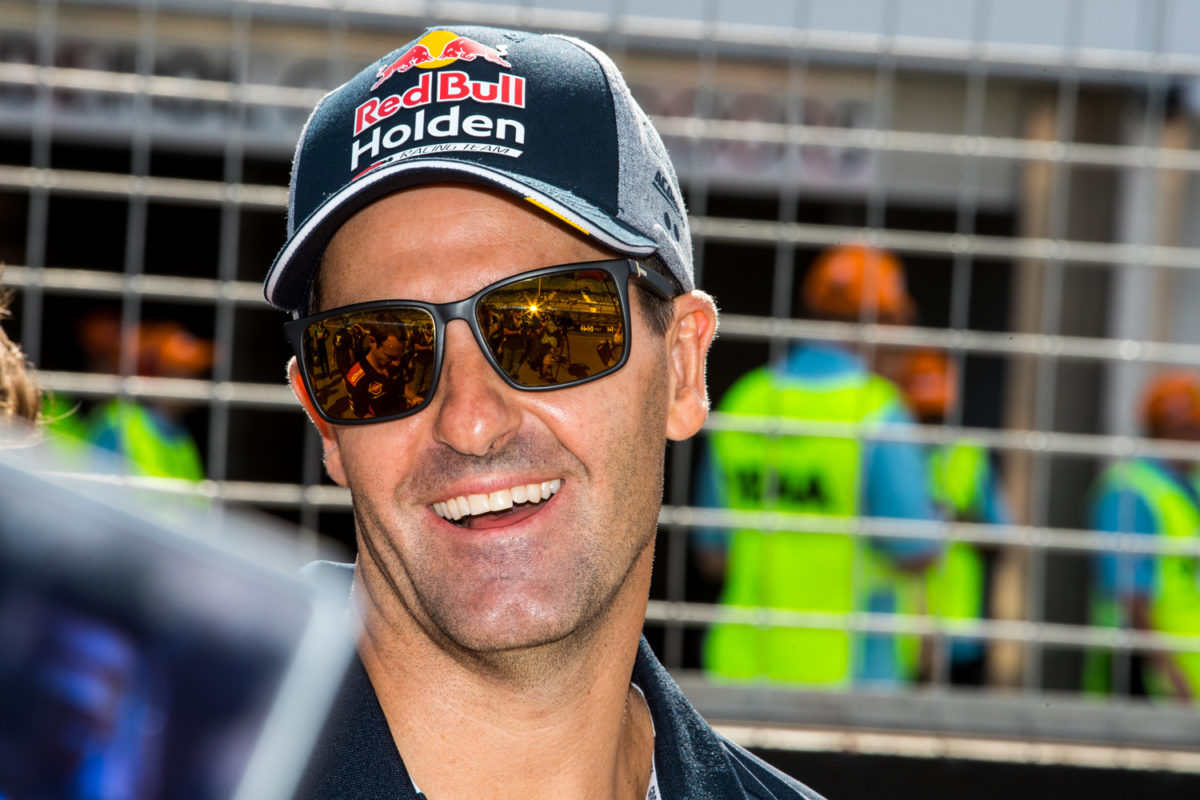 Jamie Whincup thinks that the long break in racing due to the COVID-19 pandemic may prolong his career as a Supercars driver.

The 37-year-old’s one-year renewal with the Red Bull Holden Racing Team was announced during the season-opening Superloop Adelaide 500, where he would go on to win the first of the two 250km races held in the South Australian capital.

As it turns out, those have been the only two races run to date in this year’s Virgin Australia Supercars Championship due to the pandemic, with a return to proceedings not coming at least until the first weekend of June.

“Having such a big, long break, it may revive me, I may want to go on further than 2021, but I’ll reassess that come next year,” said Whincup on Fox Sports’ Supercars Sidetracked.

“But, I think once we do get going, and hopefully it’s sooner rather than later, it’s going to be unbelievably hectic and I can see us going all the way into the Christmas holiday period.

“To be honest, I’m looking forward to getting behind the wheel, we’ll see how I go through in this championship (2020), and then reassess probably at the start of next year on what to do for 2022.”

Whincup had still been mulling over his future no more than a month prior to arriving in Adelaide but, with the benefit of hindsight, is now glad about his decision.

“I’m so grateful that I made the call to run on for 2021,” noted the seven-time champion.

“Imagine this was my last year; it would be a little bit of a disaster, so thankfully (I am) going on for 2021.”

Whincup is currently second in the championship, 27 points behind Scott McLaughlin, after finishing fifth on the Sunday in Adelaide.