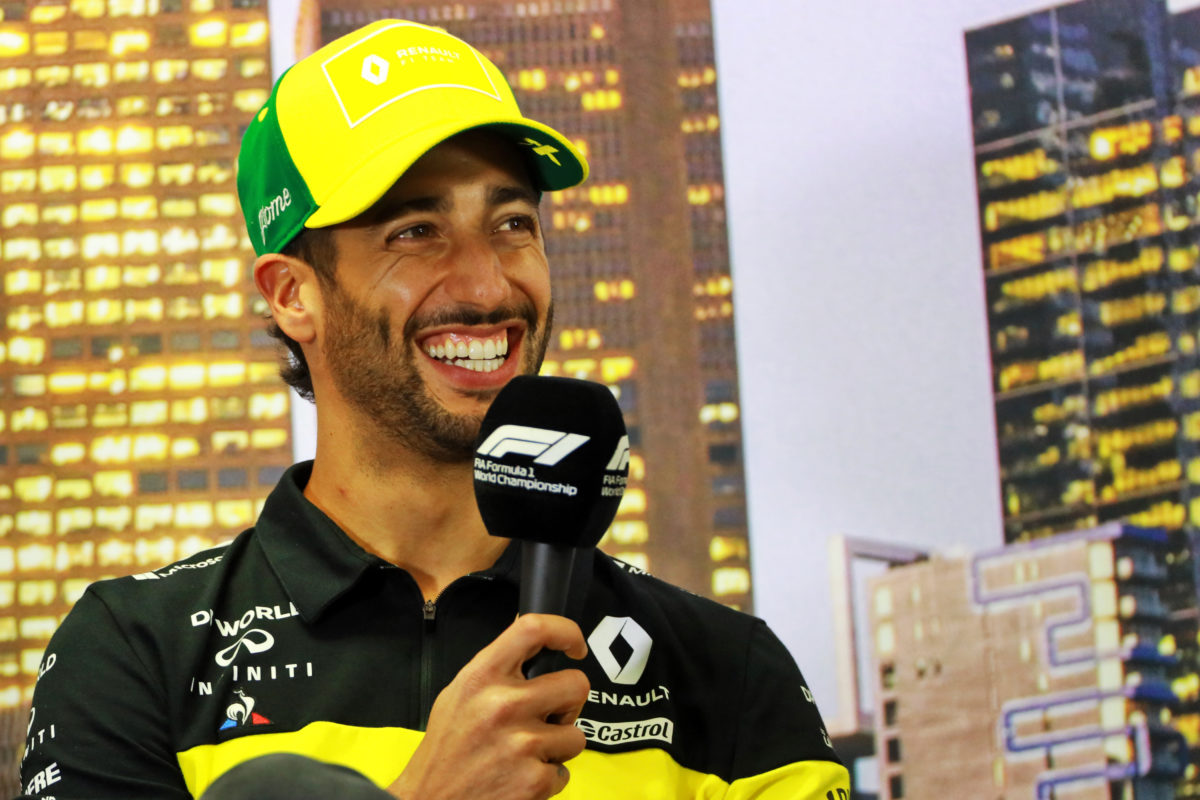 Daniel Ricciardo has stated that he would “never say never” to a return to Red Bull Racing ahead of contract negotiations with Renault.

Ricciardo is in the final year of his two-year agreement with the Anglo-French team having sensationally opted to depart Red Bull at the end of 2018.

Asked if he would go back to Milton Keynes on the Sky F1 Vodcast, the West Australian left open the option.

“Would I rule out going back to Red Bull?” said Ricciardo.

“I think something I’ve learned growing up, in general, just through life, is ‘never say never’, and never completely disregard something.

“…Unless it was go(ing) to prison or something (that) you really don’t want to go back to.”

According to team boss Cyril Abiteboul, talks between Ricciardo and Renault are yet to begin due to the disruption caused by the coronavirus pandemic.

Abiteboul has alluded to there being a plan in place should Ricciardo opt to leave, telling the L’Equipe sport newspaper in his native France, “It would be (a problem) if I had not seen it coming or anticipated it.

“That’s why we are having discussions and have a driver academy.”

Ricciardo, too, said that talks were on hold while the coronavirus situation plays out.

“It is hard having chats right now, in terms of because we are in a stalemate, nothing’s really happened,” he added.

“Normally chats start to come off the back of races and results and momentum, so there’s honestly not much to talk about for now.

“It’s more just (about the) current situation and the rest of it, how we’re going to deal with it, but it’s all pretty slow and steady at this stage, to be honest.”

When it was put to him that he has a reputation to fall back on should he have to negotiate with few, if any, races under his belt in 2020 and no podiums for Renault so far, Ricciardo expressed confidence in rediscovering the speed that saw him win seven grands prix with Red Bull.

“I started my pre-season training already a bit earlier this year because I was kind of foaming at the mouth.

“So now, having this extended break has, not that I needed any reignited fuel for my fire, but it’s certainly just made me so hungry.

“I’m at a point now where I’m starting to watch some old races and whatever and I want that feeling again, absolutely.

At this stage, it appears that F1 organisers are seeking to return to racing behind closed doors with the Austrian Grand Prix in early July, although June’s French Grand Prix is yet to be officially postponed/cancelled.