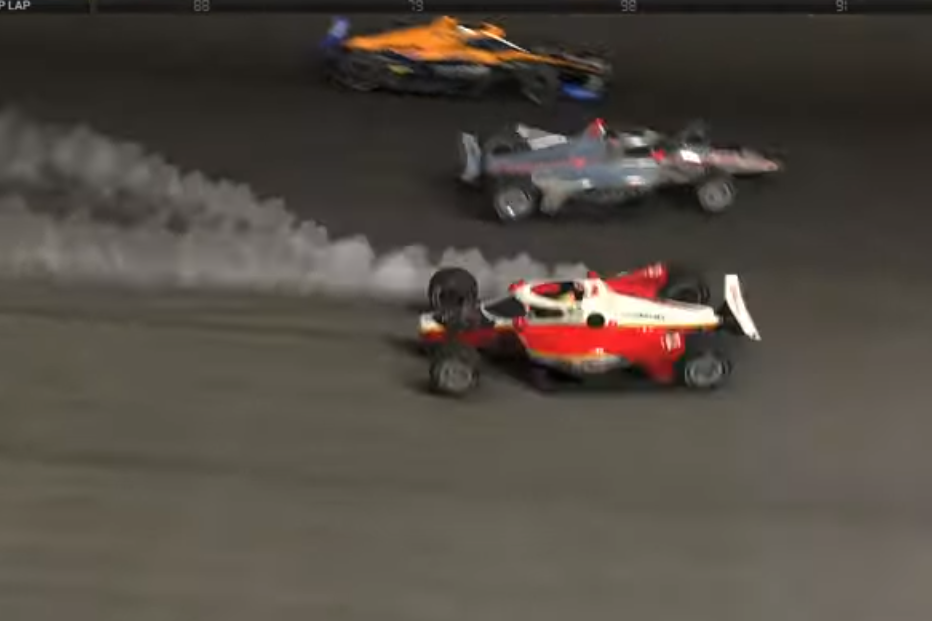 Simon Pagenaud has won the Motegi IndyCar iRacing Challenge race but Team Penske team-mates Will Power and Scott McLaughlin were effectively taken out by a lapped car while in front.

The Penske trio of Power, McLaughlin, and Pagenaud occupied first to third respectively with 10 laps remaining when McLaren SP’s Oliver Askew attempted to sneak under the leader.

Askew made contact with Power which caused the Queenslander to touch McLaughlin, who spun into the wall.

10 to go and things started to get wild with this as example A: #INDYCAR // #INDYCARChallenge pic.twitter.com/V5UWecagJ7

Power lost part of his front wing and his attempts to stave off Pagenaud, which included a side-to-side hit between Cars #12 and #22, were ultimately futile.

Pagenaud came under pressure from Scott Dixon late in the piece and the Chip Ganassi Racing driver attempted a move at Turn 1 on the final lap but had to back out of it.

At the chequered flag it was Pagenaud by 0.342s from Dixon, Power, Marcus Ericsson (Chip Ganassi Racing), and Robert Wickens (McLaren SP), with McLaughlin 24th.

The next race IndyCar iRace will be run on the Circuit of the Americas in the early hours of Sunday, April 26 (AEST).