Lorenzo predicts Rossi will race next year after pandemic

Lorenzo predicts Rossi will race next year after pandemic 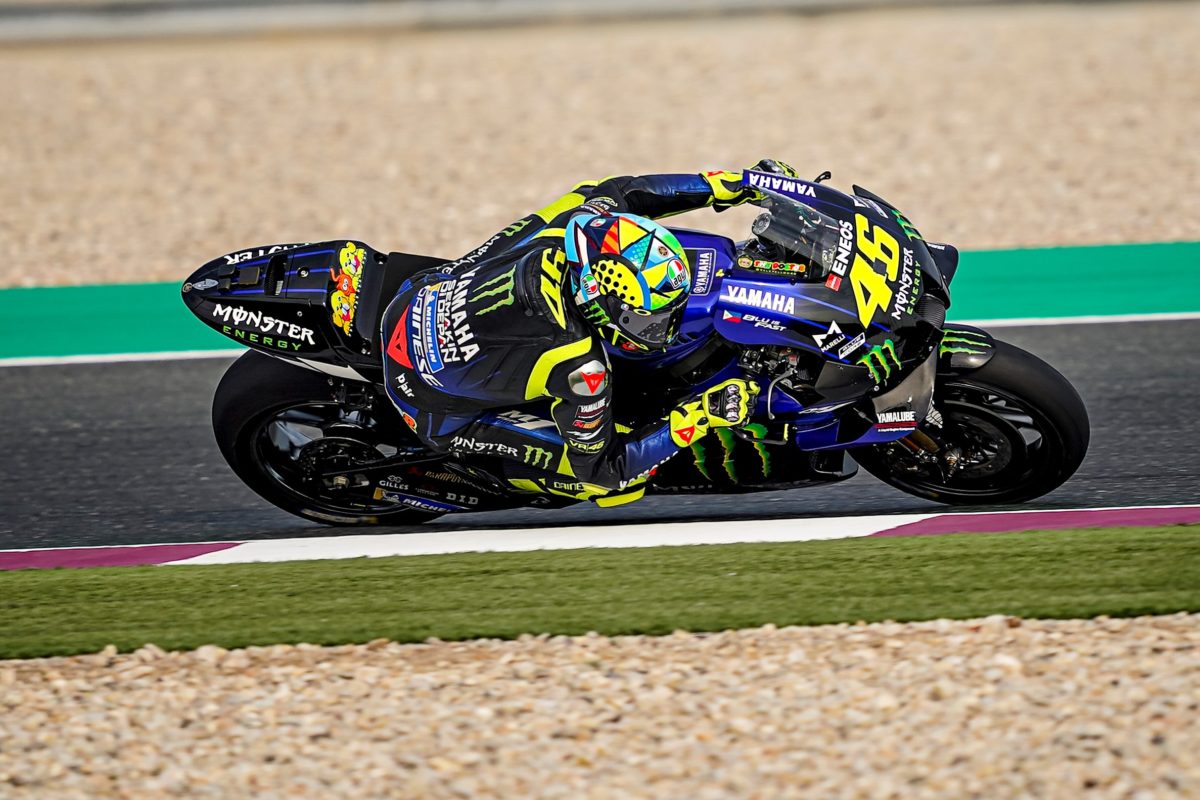 Jorge Lorenzo has predicted that Yamaha stable-mate Valentino Rossi will not hang up the helmet this year given the dearth of racing due to coronavirus.

Rossi is considering his future in MotoGP and while his ride will be taken by Fabio Quartararo next year, Yamaha is willing to provide him with a factory-specification motorcycle if he does indeed choose to continue his career at its satellite squad, SRT.

Lorenzo, who retired last year after a single season with Honda and has since reunited with Yamaha as a test rider, believes that the Italian will not leave the grid off the back of such a thin season of racing.

“I think he will continue because we may not be racing this year,” Lorenzo told Spanish sports newspaper AS.

“I haven’t spoken to him since the Sepang test, but if there are no races this year I don’t think he’ll retire like that.

“I know he wants to see (his form) in the first races of the year and can’t leave without having seen what was happening.”

Rossi is winless since the first half of 2017 and finished on the podium only twice last year, in Rounds 2 and 3.

Upon news that Yamaha Factory Racing will field Quartararo alongside Maverick Viñales in 2021 and 2022, the Italian explained, “My first goal is to be competitive this year and to continue my career as a MotoGP rider also in 2021.

“Before doing so, I need to have some answers that only the track and the first few races can give me.”

According to Lorenzo, ‘The Doctor’ may not be too far away from rediscovering the form which saw him win seven premier class world championships.

“Valentino is a bit like Maradona, he has a very unique character that makes him special…,” he opined.

“Valentino shows a bit of age, like everyone, but last year he almost won a race, (even though) due to circumstances, he was not quite as fast as Quartararo or Viñales, but this can change at any time.

“Maybe the new tyres or the new bike will give him that ‘plus’ and he will win races again.

“And when Valentino wins races, he is a very dangerous opponent for the title.”

Lorenzo, who was to have raced as a wildcard in Catalunya until that round was postponed, also reiterated previous comments about being an outside chance to make a comeback next year.

“I am at a stage of my life, at 32 years old, in which my physique would allow me to be very strong on a motorcycle and I would not have lost reflexes nor speed on a motorcycle, either a Yamaha or a Ducati,” said the Spaniard, who spent two years at the Ducati Team after leaving Yamaha.

“Maybe the Yamaha is a more natural bike for me, but with the Ducati I went very, very fast in the end. Until the fall at Aragon I was the fastest and the one who had won the most races in the last five.

“When the deal with Honda was announced, I believed in the dream team (alongside Marc Marquez), but in the end it was a very bad season. You never know what can happen until you try a motorcycle.

“If the question is, if I see myself still able to fight for the World Championship at 32 years old, I would say yes. If I want to do it? I would say no… I am still 98 percent with no and two percent yes.”

The premier class season will not get underway at least until late-June with the Dutch TT after organisers of the German round requested a date change due to the ongoing ban on mass gatherings in that country.