WHERE ARE THEY NOW: Vern Schuppan

WHERE ARE THEY NOW: Vern Schuppan 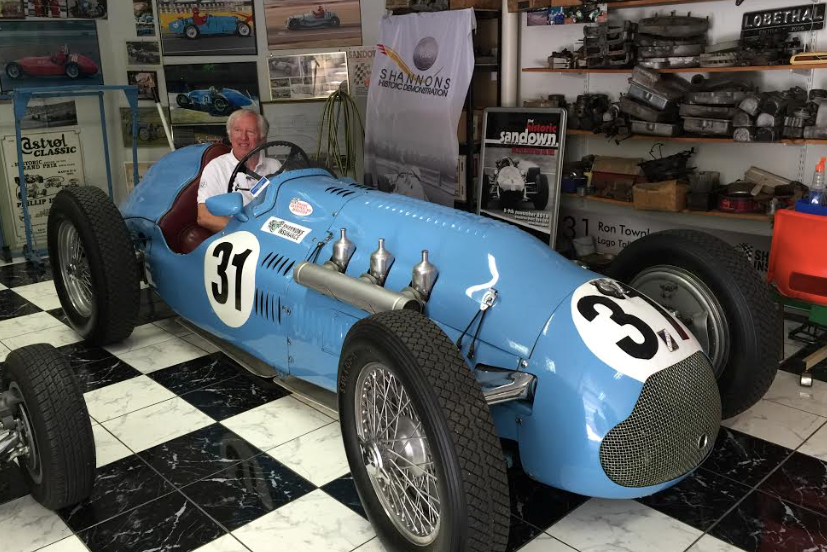 Vern Schuppan at the wheel of the Talbot-Lago

Vern Schuppan was all set to depart for his annual pilgrimage to Portugal in early March.

That was until the world became gripped by the COVID-19 pandemic and borders and countries began to close as travel advice went from ‘exercise a high degree of caution’ to ‘DO NOT TRAVEL’.

“We were all ready to go to Portugal and spend some time but luckily, a week before the Grand Prix in Melbourne in March we decided it would be foolish to go away,” Schuppan said.

Schuppan has maintained a home in Portugal since the mid-1980s which he used as a base during the height of his highly decorated international career.

“We had a home in the Adelaide Hills so we would come home for Christmas each year but when our kids started high school, we thought it was best to stay put in Europe.

“So we realised we would not be coming home to Australia for Christmas. The next move was to find the nearest sunny place to the UK and Portugal seemed to be that place.

“We’ve had a home in Portugal since the mid-1980s and the family still gets together once a year in Portugal. 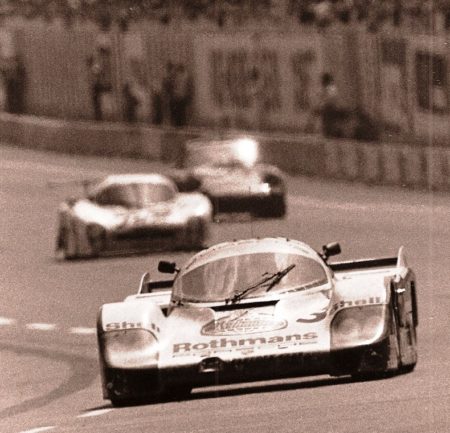 “My son Kerrin, who lives in Melbourne, has his own fashion brand and everything for his business is being made in Portugal so there is another reason why the relationship with Portugal has continued.”

Schuppan served several seasons in Formula 1 during the 1970s, finished third in the 1981 Indy 500 in his own car (Cosworth-powered McLaren) and scored his most important win in the 1983 24 Hours of Le Mans, sharing a Porsche 956 with Americans Al Holbert and Hurley Haywood.

Now into his late 70s, Schuppan maintains more than simply a passing interest in motor racing.

In a rare one-off appearance, he decided to pull on his driving suit at the Phillip Island Festival of Motorsport Classic in 2018.

As a marker to the machine’s history, a T26C Talbot-Lago (the opposite to how the car’s marque and owner name is written in Australia) finished second in the 1948 Monaco Grand Prix for Monegasque driver Louis Chiron on its racing debut.

“I always wanted to know what a 1948 grand prix car felt like in racing conditions,” explained Schuppan, who had fallen in love with the machine when he attended the 1955 Australian Grand Prix at Port Wakefield as a boy.

“I first set eyes on the car when I was 12 at the AGP which was the year Jack Brabham won it in the bob-tail Cooper.

“All these years later I ended up buying Doug Whiteford’s Lago-Talbot which was third in that 1955 AGP.

“I had promised my wife that I wouldn’t race it. So the only events I could run it in were Regularity runs but they just weren’t my bag.

“You are driving laps alongside Saloon cars and all sorts of things and I would scare the hell out of them. 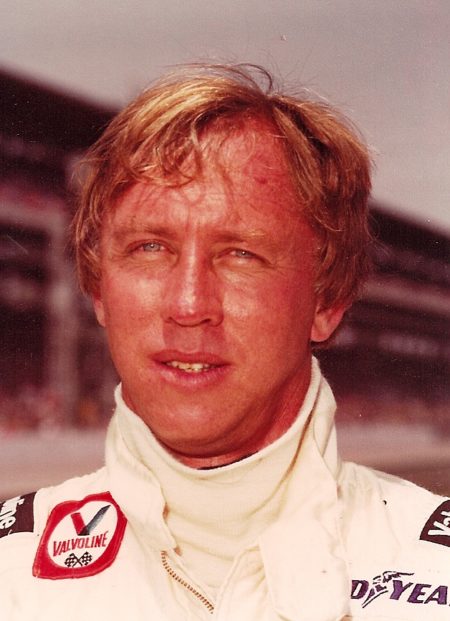 “I did a few of them at Mallala, Sandown and a couple at Phillip Island but I just thought I really have to race this car.

“So at the 2018 historic meeting at Phillip Island I raced it.”

Schuppan guided the Lago-Talbot to four top 10 finishes from the five races across the weekend with a best result of second in the final heat that featured a mixed field of 33 machines.

“They really are an amazing car and so that was my one and only chance to drive it properly and I retired and haven’t been in a race since then.”

“One of Alfa’s Mille Miglia winning drivers of the day, Guilo Ramponi, demonstrated the car to an Australian lady racing driver of the time called Mrs Jones who went to the factory looking for a suitable machine,” Schuppan says.

“She ended up buying the 1750 6C which I now own but it also has a very colourful history in Australia.

“It has had a whole host of owners over the years; one of the last ones being the late Diana Gaze (nee Davison) who I think sold it in the mid-2000s.

“Some years ago I approached Terry Healy who at the time had the Oldtimer Australia boutique classic and racing car business to be on the lookout for a 6C.

“Back then he happened to be restoring a 6C for owner Terry Forrest (a supreme court judge in Melbourne) and it was the one owned by Diana Gaze.

“So that is how I ended up buying the car.

“But the problem is with our travel, I just don’t drive these cars as often as I would like to.

“Basically where I’m at right now is that I get to play around with some of these cars now and then but not so much race them.”

A 1977 McLaren IndyCar Schuppan owns is currently being restored in New Zealand. It was driven to second place by Tom Sneva at the Indy 500 that year.

“McLaren still had one M24 car works car sitting back in Detroit after they finished Indy racing in the late-1970s. I bought that car and started my own team and that was the car I finished third in behind Bobby Unser and Mario Andretti at Indy in 1981,” Schuppan recalled.

“It wasn’t a ground effects car but I could drive it at Indy without lifting and I’d never been able to do that in any other car at the Brickyard.

“I had a New Zealand mechanic when I drove in Formula Atlantic, Ralph Hume, so he is restoring the 1977 car for me.

“Ralph and I were booked to go to the Indy 500 this year but that has been put on hold with everything that is going on. The reason for the trip mainly was that amazingly I still have some Cosworth engines at Indy in storage. 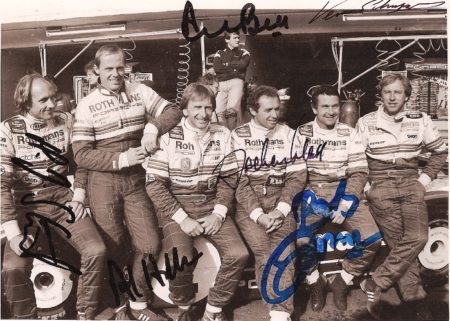 “But in terms of racing cars the McLaren, the Talbot and the Alfa are the only competition cars I have at the moment.”

Schuppan’s last hands-on involvement with the Indy 500 was in 2016 when he took on a coaching-cum-ambassadorial role with the Pirtek Team Murray entry for Matthew Brabham that was run by Speedcafe.com founder Brett ‘Crusher’ Murray.

“I was approached at the V8 race in Adelaide in the same year by Crusher, and so I offered some advice to the team and to young Matt Brabham through my experiences,” Schuppan said.

“All you can do is tell them from your own experience and having a goal to get to F1 which was my goal as a young bloke but times have changed so much.

“Having been at Indy enough times and you know people and how tough it is you have to have absolutely everything going for you from day one.

“Matthew didn’t have a lot of luck in the race and finished 22nd. So you look at Graham Rahal who wasn’t too far apart on the grid from Matt and he had the luck and finished 14th.”

Schuppan’s path to motor racing began as a young kid began when he would immerse himself in books on the fabled Italian racing driver Tazio Nuvolari and the great Argentinian Juan Manuel Fangio as well as read material on American stock car racing.

“So there was always that fascination and some of the early Tasman Series that were televised in black and white,” he recalled.

“It is a lifelong passion which never seems to fade.”

Schuppan was inducted into the Australian Motor Sport Hall of Fame in 2017. 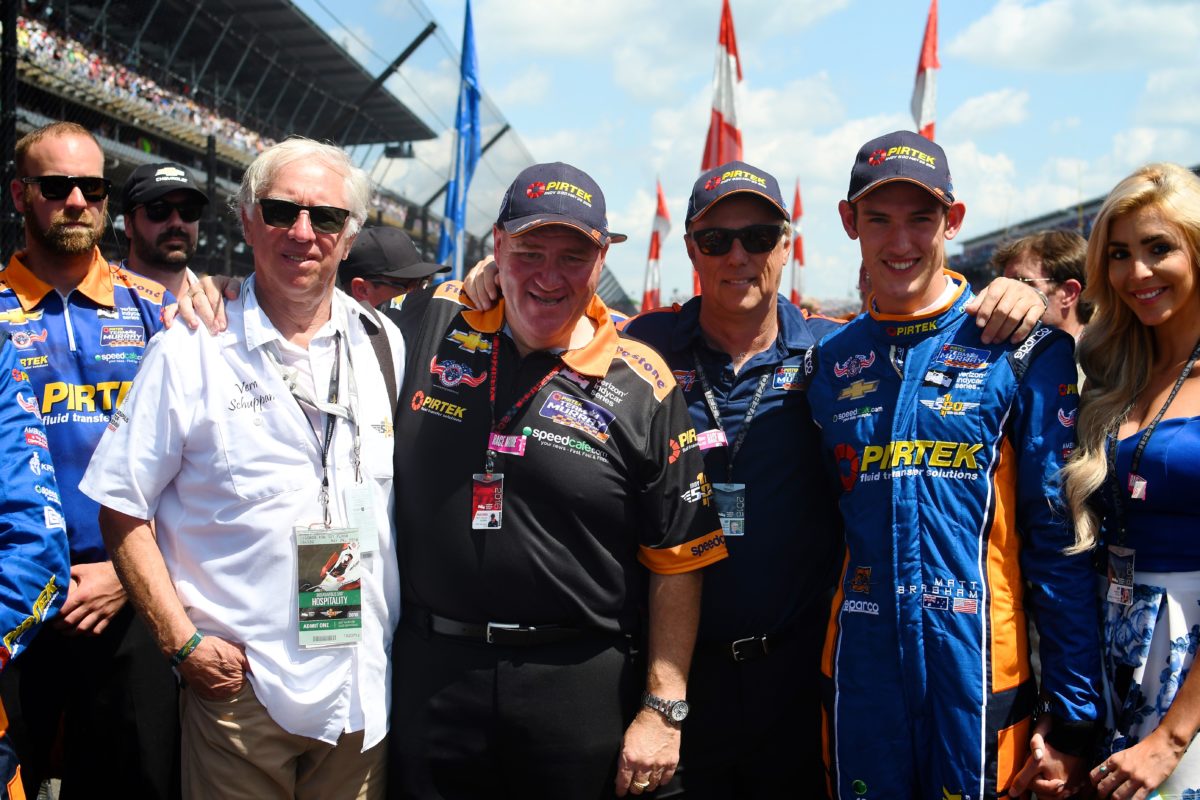