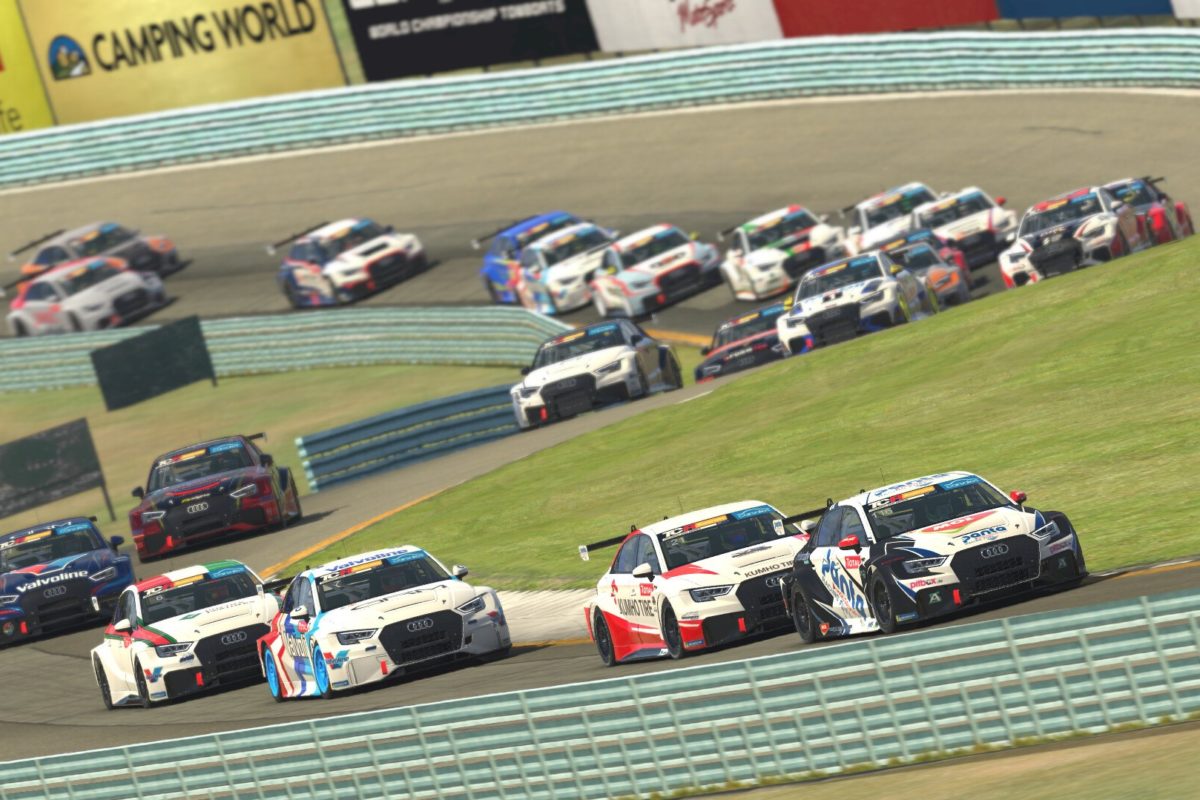 Sutton qualified on pole and while he was denied by 0.79s by Haber in Race 1, he prevailed in the latter encounter and now leads the series after three rounds, all of which have been contested in TCR cars.

Trans Am racer Nathan Herne had moved to the head of the field in the opening race around the historic American circuit before he and Haber took their compulsory pit stops with 18 minutes to go.

Sutton stayed out until half a dozen minutes remained and those three, as well as S5000 competitor Thomas Randle, were dicing for the lead in the latter laps of the race.

Haber led into the final corner and ultimately to the finish line, just ahead of Sutton, while contact between Herne and Randle saw the latter off the race track before taking the chequered flag in eighth.

Despite the reversal of the top 20 for the start of Race 2, Sutton and Haber were able to climb to the front of the field inside four laps.

In a slipstreaming battle, it was Sutton edging Haber by just 0.13s in a two-way battle for victory.

The former now leads the series with 191 points, 23 up on Herne and another two ahead of Haber.

Dylan O’Keeffe dropped from first in the standings to fourth after picking up a black flag in Race 1 for an incident he caused while bump drafting with Garth Tander and Braydan Willmington.

The GRM TCR racer did at least salvage a fourth position finish in Race 2 from 30th on the grid.

The ARG eSport Cup continues next week (Thursday, April 23) at Monza in the Formula 3 cars.