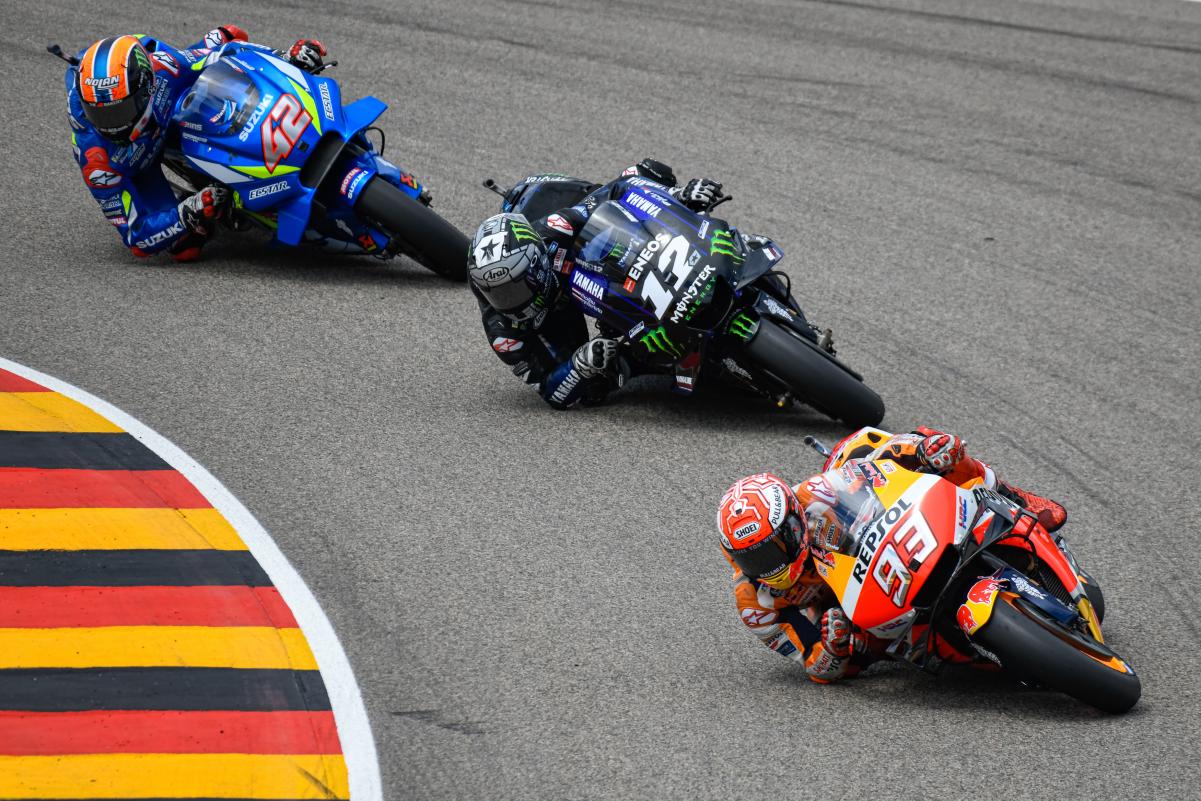 The start of the 2020 MotoGP championship will be pushed back further still with organisers of the German round confirming that they are seeking a new date for their event.

The Sachsenring was due to host MotoGP on June 19-21 and would have been the premier class season-opener by default after the cancellation of the Qatar race and postponement of the seven which were to have followed.

However, German authorities announced on Wednesday (local time) that its ban on mass gatherings due to the coronavirus pandemic would continue until at least August 31.

“We are in talks with the MotoGP rights holder Dorna and with the responsible authorities to find a new date for the motorcycle Grand Prix at the Sachsenring,” read a statement from ADAC.

“The health of fans and everyone involved is always the top priority.

“The purchased tickets remain valid for the new date. We ask our loyal fans for some patience.”

Once that postponement is made official, the Dutch TT would be poised to assume season-opener status, at least for the time being, given Assen is scheduled to host MotoGP on June 26-28.

The only grand prix motorcycle racing so far in 2020 has been the Moto2 and Moto3 rounds at Qatar, which proceeded because the junior classes were already present for pre-season testing shortly before the race weekend.

The Grand Prix Commission recently announced technical development freezes across all classes, with MotoGP’s non-concession teams now to use the same engine specification until the end of 2021.

Dorna Sports, the commercial rights holder, has also moved to provide financial support to the premier class’s Independent teams and the entrants in the junior classes.