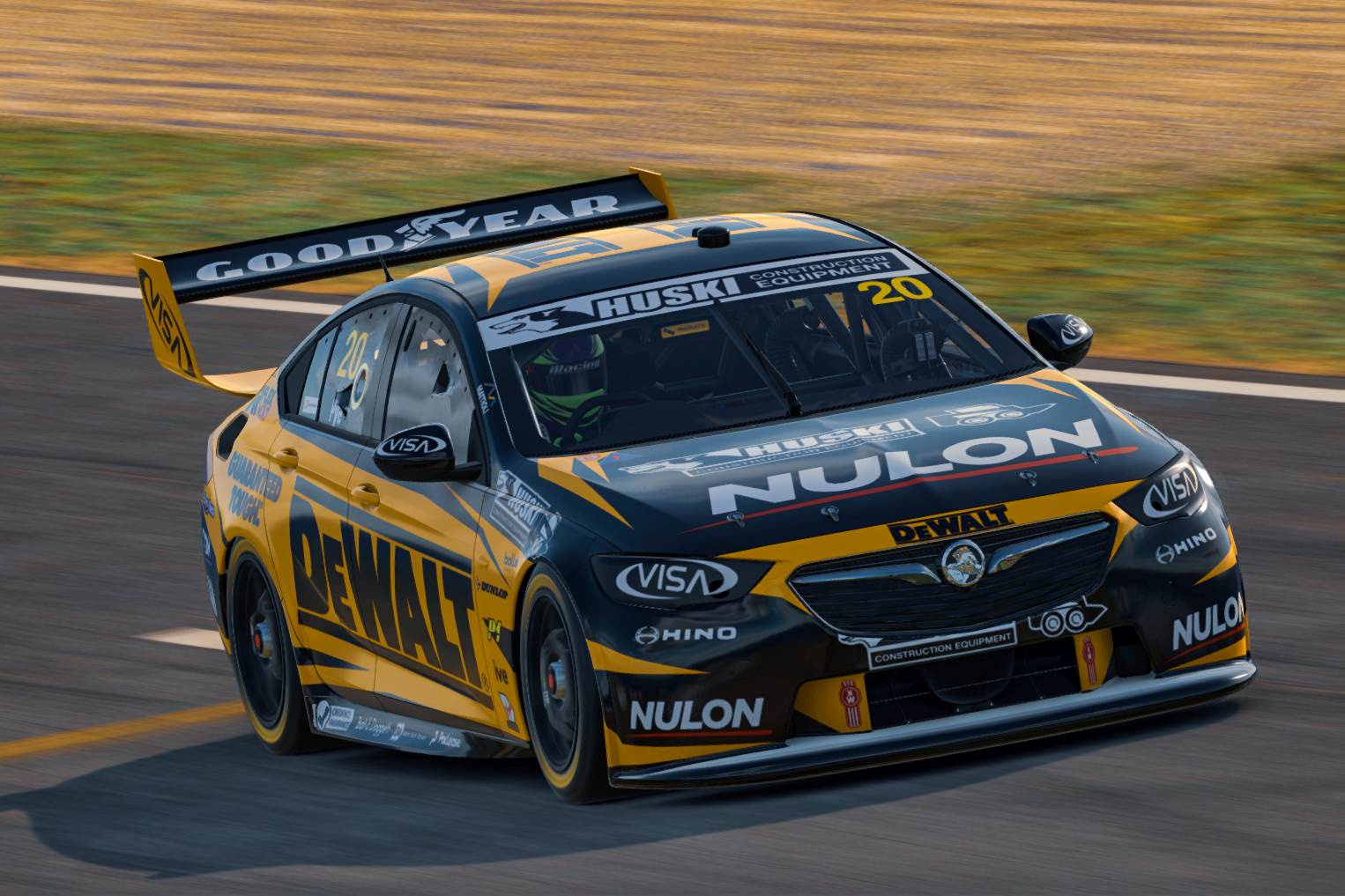 Scott Pye says he had the speed to be a front-runner but was plagued with ‘terrible luck’ in the second BP Supercars All Stars Eseries event.

Round 2 took place at Silverstone and Circuit de Barcelona-Catalunya with two races respectively at the two tracks.

Pye began the night on the fringe of the top 10, qualifying 12th for the opening race of the night at Silverstone then 14th and ninth in the final two races in Barcelona-Catalunya.

He fell rearwards in the opening two races of the night and then was dogged by technical dramas. Between races, Pye’s computer failed to load the session fast enough, which prevented him from making the grid for the third race.

As a result, he missed the start and began half a lap down by the time he managed to load the session and then leave the pit lane.

“I had good speed but nothing to show for it at the end of the night which is massively frustrating,” said Pye.

“I feel like I made an improvement in my speed and can run in the top ten when all goes well, but in all races I had terrible luck trying to get through the first lap.”

Pye is one of several drivers streaming his point of view via Twitch where he takes questions from fans and adds insight to proceedings.

“The fan engagement side of it is great, especially while we are all isolated like this,” he said.

“The more we can interact with each other, the better. We’re still competitive and want to put on a show.

“To give fans something to watch and enjoy and us being able to stream and interact is an amazing opportunity which I’m enjoying even more than the racing at the moment.”

By contrast, Team 18 stable-mate Mark Winterbottom had an up and down evening.

The Irwin Racing driver crashed out of the first race and inherited pole position for the reverse grid race that followed.

He led briefly but fell back through the pit stop sequence to claim seventh place, his best result to date in the Eseries.

It was an otherwise chaotic night for the Supercars champion, concluding with 17th and 15th place finishes.

“It was a fun night but so frustrating at the same time being caught up in incidents on the first lap in these races,” said Winterbottom

“Race 5 was fun where we had a clean race and it was good to hold our own with the front pack before we pitted and finished in seventh.

“I haven’t been able to put as much time into it as some of the other guys out there, and it takes a while to get used to the simulator and to be fast.

“But it’s something good to have for the fans and to keep the sport on TV during this time when we’re not able to race.”