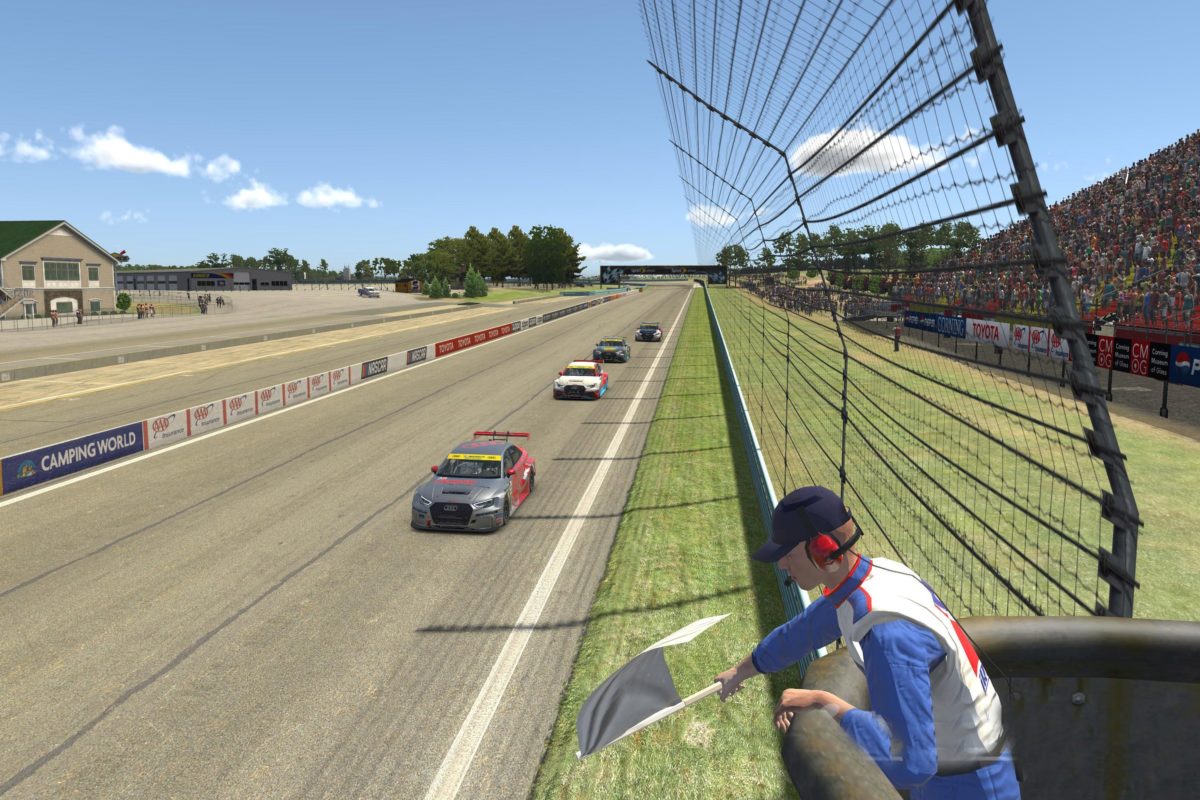 Matt Simmons heads the list of wildcard entrants for tonight’s third round of the ARG eSports Cup at Watkins Glen after a fighting victory in the qualifying race.

Simmons, who used gaming as a springboard to real world racing by way of Nissan’s GT Academy, ran as low as fourth at the start of the encounter before prevailing in a tight top four at the North American circuit.

The Milldun Motorsport TCR driver was followed past the chequered flag by Team Valvoline GRM’s Luca Giacomin and Track Tec Racing’s Tom Alexander, meaning they will also join what will be a 43-car field.

Lachlan Mineeff was also embroiled in the battle at the pointy end of the field but missed out on the podium, and therefore a start in Round 3 proper, despite finishing only 0.62 adrift of Simmons.

“We had a good battle. It was a close race, and really, really intense,” said Simmons.

“I kept the pressure on Luca, and when I got behind him, I was able to make a clean pass.

“The finish was unbelievable. Lots of side by side battles, and I think there’s the potential for some awesome racing tomorrow.

“There’s also the potential for some big crashes too, so everyone is going to need to be aware of their space, but I think it’s going to be a heap of fun.”

Tonight’s carsales ARG eSport Cup telecast commences at 20:00 AEST, and will be streamed on Speedcafe.com.

CLICK HERE for an onboard lap of Watkins Glen International with Garth Tander.