Verstappen stars as van Gisbergen does the double

Verstappen stars as van Gisbergen does the double 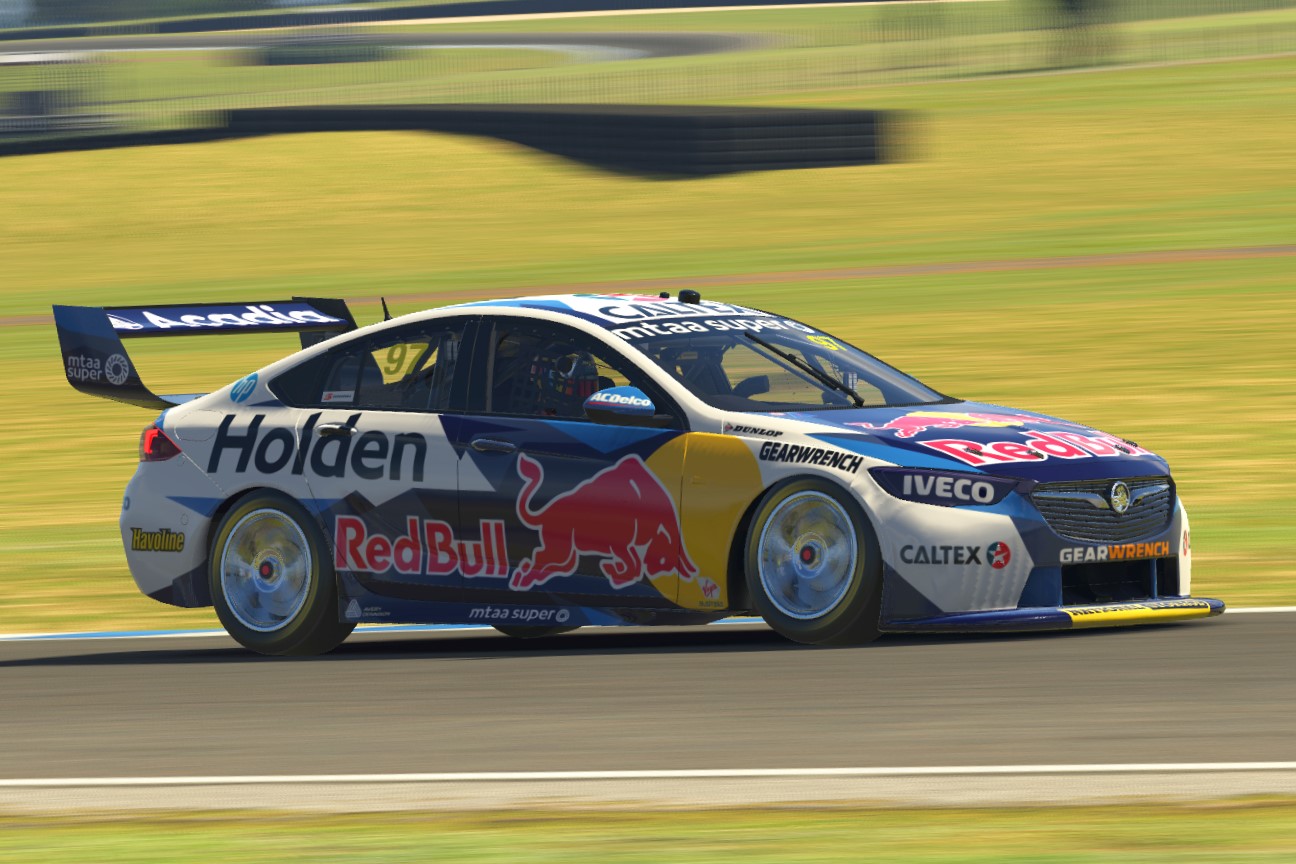 Shane van Gisbegen completed a clean sweep at Circuit de Barcelona-Catalunya in Round 2 of the BP Supercars All Stars Eseries in a tightly fought contest with Max Verstappen.

The Aston Martin Red Bull Racing driver was a standout in his wildcard appearance, claiming three second-place finishes in his Eseries debut.

Shane van Gisbergen came out on top in Race 6 of the BP Supercars All Stars Eseries in a dominant performance for the Red Bull Holden Racing Team.

Initially, it was van Gisbergen who got the holeshot into Turn 1. However, Penrite Racing driver Will Brown was quickest away to surge through to second from fourth on the grid.

Shell V-Power Racing Team driver Scott McLaughlin was also quick away but spun on his own out of Turn 1 after clobbering the inside kerb.

Walkinshaw Andretti United driver Chaz Mostert was another victim of the Turn 1 chaos after what looked like contact with Verstappen.

Further afield, NED Racing driver Andre Heimgartner sought to make ground early on. He got to the inside of Bryce Fullwood at Turn 6 and gave the Walkinshaw Andretti United youngster a hip check.

Fullwood was cast wide and put into the gravel, but Heimgartner soon had dramas of his own as he spun at Turn 9 and took Monster Racing driver Cameron Waters with him towards the concrete wall.

Penrite Racing’s Anton De Pasquale managed to make it through the chaos and Fullwood followed him through.

At the end of Lap 1, Mark Winterbottom went wide out of the final corner but managed to recover.

Still, at the front of the field, it was van Gisbergen who led Verstappen. Brown was third with De Pasquale not far behind in fourth, though they soon swapped places.

The final stanza of the race was a relatively quiet affair at the front of the field. Ultimately, van Gisbergen claimed the win over Verstappen with De Pasquale third.

Mostert and McLaughlin recovered to claim 11th and 12th respectively.

Race 7 of the BP Supercars All Stars Eseries saw yet another one-two for the Red Bull racers of Shane van Gisbergen and Max Verstappen.

Pole position winner Anton De Pasquale got the jump, but the long run down to Turn 1 allowed van Gisbergen to get a tow and slip down the inside on approach to the first turn.

The Kiwi completed a pass and just moments later De Pasquale spun on his own out of Turn 2.

Carnage ensued and saw Will Davison spin Chaz Mostert. Several more drivers were caught out in the incident, including Jack Le Brocq and Will Brown.

At the end of Lap 1, it was van Gisbergen who led Verstappen and fifth place starter Scott McLaughlin.

A handful of drivers who had Lap 1 dramas took to the pit lane to complete their mandatory pit stop, including De Pasquale.

While battling for sixth, Heimgartner copped a hit from fellow countryman Fabian Coulthard on Lap 3. The Kelly Racing driver half spun and quickly came to the pit lane.

Verstappen and McLaughlin were the first of the front-runners to pit on Lap 4. Waters and Coulthard followed suit a lap later.

Come Lap 6, van Gisbergen came to the pit lane. The effect of the undercut saw Verstappen take the lead while van Gisbergen slotted into second and McLaughlin maintained third.

Once the pit stop sequence shook out Waters was fourth and Will Davison fifth.

Verstappen quickly dropped off the back of van Gisbergen and towards McLaughlin.

In the end, that was the way the positions stayed. Van Gisbergen claimed his second straight win with Verstappen second and McLaughlin third.

Brown managed to recover to 11th overall while his team-mate De Pasquale was 14th.

Round 3 of the BP Supercars All Stars Eseries continues on April 22 at 18:00 AEST.