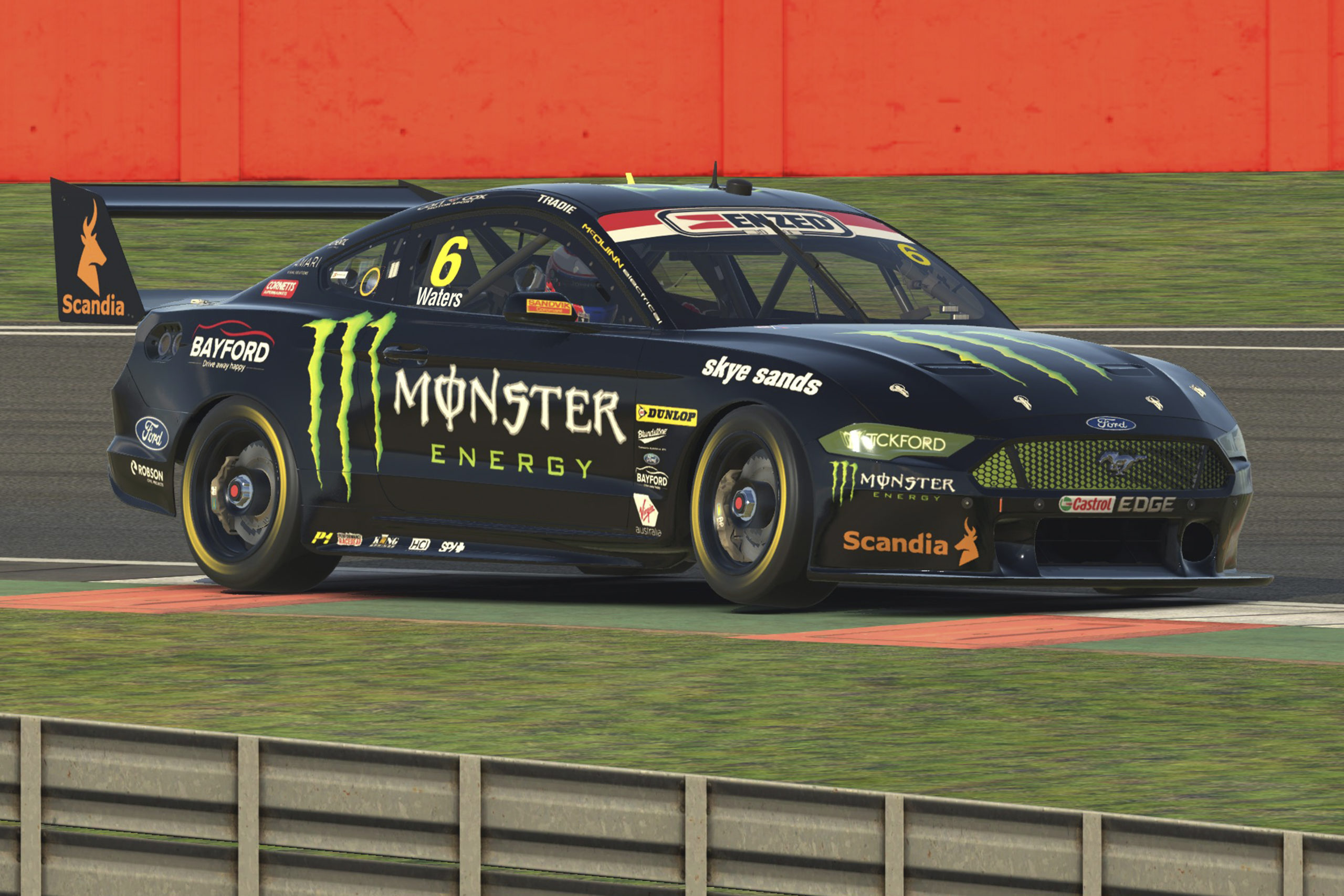 Waters was a winner at Silverstone

Anton De Pasquale and Cameron Waters shared the spoils at Silverstone in the opening two races of the second BP Supercars All Stars Eseries round.

The double-header saw mixed results for Formula 1 driver Max Verstappen, who finished second in the opening race of the night and 18th in a chaotic reverse grid race.

Anton De Pasquale won the opening race of the night for Penrite Racing as he converted pole position to his first win of the BP Supercars All Starts Eseries.

Initially, it was De Pasquale who got the jump over Scott McLaughlin off the line. Not far behind, wildcard Max Verstappen moved from sixth place to fourth place by Turn 2.

There was drama behind them as McLaughlin’s team-mate Fabian Coulthard and Irwin Racing driver Mark Winterbottom found themselves facing the wrong way at Turn 1.

Cameron Waters was another caught up in the melee, dropping toward the back of the field from 10th on the road.

McLaughlin looked to make gains early on and tried to push his way past De Pasquale on the opening lap. However, he made slight contact in the process out of Luffield.

That left him vulnerable to an attack from van Gisbergn and the pair began to battle. The Kiwi combatants fought hard and van Gisbergen squeezed McLaughlin on approach to the apex of Becketts.

In doing so, the pair slowed each other up and Verstappen eased through at Chapel. Eventually, van Gibsergen got the best of McLaughlin into Stowe to get third place.

At the end of Lap 1, it was De Pasquale who led Verstappen, van Gibsergen, McLaughlin and Andre Heimgartner. Chaz Mostert was sixth and the last of the leading battle pack.

Garry Jacobson was a few car lengths away in seventh with Nick Percat, Will Davison and Zane Goddard the last of the top 10 runners.

Heimgartner and Mostert soon fell back off the leading pack as they fought hard for fifth place. Come Lap 3, Mostert used the draft down the Hangar Straight and completed a pass into Stowe.

As the race hit halfway De Pasquale’s ead was out to some 10 car lengths. Verstappen held second but was being harried by van Gibsergen.

Ultimately, De Pasquale managed to hold on and claim a dominant win over Verstappen and van Gisbergen.

McLaughlin was close behind in fourth with Mostert fifth. Heimgartner, Jacobson, Davison, Percat and Brown completed the top 10.

The results of the opening race were flipped to set the grid for the second affair, which put Mark Winterbottom on pole position with Chris Pither in second.

There were pre-race dramas for DeWalt Racing driver Scott Pye who failed to connect to the session in time for the race.

Winterbottom who took the holeshot into Turn 1, but there was drama behind as Team CoolDrive youngster Macauley Jone got loose and spun.

Supercheap Auto Racing’s Jack Le Brocq was another victim of the Lap 1 melee and spun just a few corners in.

Having taken the lead away from Coulthard in the opening few corners, the Kiwi spun at Luffield and the chaos continued

Whincup spun out of Chapel and ended up getting collected by Will Davison. Just moments later, Coulthard copped a hit from Jones and the pair speared off the road down the Hangar Straight.

Max Verstappen went wide at Stowe and slammed into Alex Davison on his return to the track.

Several drivers took to the pit lane for repairs and to complete their mandatory pit stop, including McLaughlin and Le Brocq.

At the end of Lap 2 it was Winterbottom who led the race. Kostecki was second and Waters third. Hazelwood, Heimgartner, van Gibsergen, Coulthard, Percat, Fullwood, and Holdsworth completed the top 10.

Winterbottom was soon under attack from Kostecki for the lead of the race, the pair untroubled by Waters in third.

Come Lap 5, Winterbottom came to the pit lane for his pit stop. Several more followed and once the sequence played out it was Kostecki who led Waters.

The final stanza of the race saw De Pasquale close in with van Gisbergen also making ground late in the piece.

There was a late dose of drama when van Gisbergen got into the back of De Pasquale at Luffield who half spun but was corrected by the Red Bull racer after a second hit.

At the front of the field, Waters held on to take the win ahead of Kostecki, De Pasquale, van Gisbergen, McLaughlin, Brown, Winterbottom, Coulthard, Heimgartner, and Hazelwood.