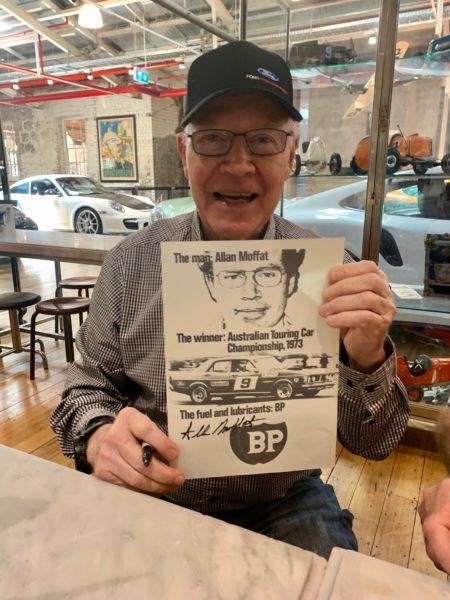 Time is running out for Fans and collectors to bid on four rare Allan Moffat-signed pieces of advertising material that have been put up for individual auction in Speedcafe.com’s monthly charity event for Motor Racing Ministries through partner Lloyds Auctions.

Two of the ads were instigated by Motorcraft, one of which highlights Moffat’s famous one-two finish with Colin Bond in the 1977 Bathurst 1000.

Another comes from Camel Filters in what was the major era of cigarette advertising and the final piece is from BP, highlighting Moffat’s win in the 1973 Australian Touring Car Championship.

All the pieces have been personally signed by Moffat in recent weeks from his base in Melbourne, Victoria with the help of Phil Grant from Allan Moffat Motorsport Memorabilia.

You can bid on the Moffat memorabilia here until April 14.

Motor Racing Ministries is headed by the Reverend Dr Garry Coleman (OAM) who has led an active team in this current time of Coronavirus.

Got a unique item you would like to donate to one of these monthly Charity auctions? Please contact us at [email protected].