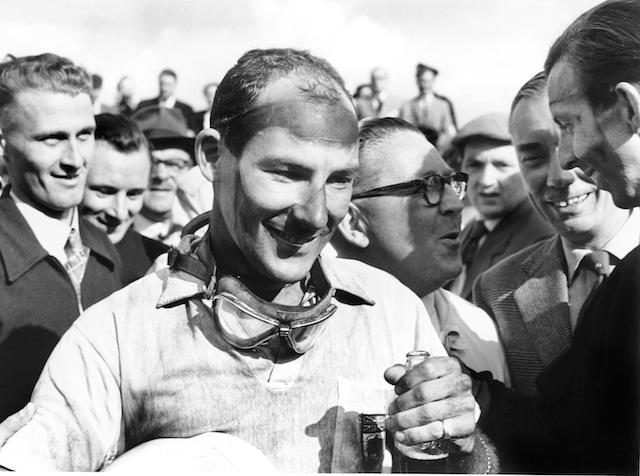 Tributes from across the motorsport world have flowed following the death of racing legend Sir Stirling Moss.

Regarded as the finest driver to have never won the world championship, Moss cut a popular figure in the sport and remained active until as recently in 2016.

A crash at Goodwood in 1962 effectively put a halt to his career, though he did return for one-off appearances, including at the 1978 Bathurst 1000 when he shared a Holden Torana with Sir Jack Brabham.

Moss also became a broadcaster, and leant his voice to the children’s television programme ‘Roary  the Racing Car’.

In response to Moss’ death, at the age of 90, many from the motorsport world have taken to social media to share their thoughts.

RIP Sir Stirling Moss. A mighty racer and gentleman. He had a press on style on the track and in life. Remarkable man. Survived the most dangerous era of motorsport and died today aged 90. He had such great stories to tell, and it was a privilege to know him. 😢

Always be nice to babies. They grow up to be Champions #f1 #StirlingMoss https://t.co/XGKm40gu6L pic.twitter.com/ZvIwcVBDr1

FIA family pay tribute to Sir Stirling Moss, who died at the age of 90.During his 10-year career in Formula 1…

A message from Sir Jackie Stewart on the passing of his dear friend, Sir Stirling Moss. pic.twitter.com/wSTDRazuxh

Piero Ferrari 🔴 “Stirling Moss symbolised motor sport. He was a true personality who left an indelible impression on the history of racing…” https://t.co/SYMDds0TiT pic.twitter.com/yRXWJpPvJc

Today we say goodbye to Sir Stirling Moss, the racing legend. I certainly will miss our conversations. I am truly grateful to have had these special moments with him. Sending my prayers and thoughts to his family. May he rest in peace🙏🏾 pic.twitter.com/SDUAqxENHk

An icon not just of Formula One, but of sport as a whole.

Our condolences to his family and friends. He will be dearly missed. https://t.co/cgdExtl5uW

A pure racer and an inspiration to the entire motorsport community. Rest in peace Sir Stirling Moss. Your legacy will live on. ❤️ pic.twitter.com/GAhMV9cjiW

Very sad day. Stirling Moss left us after a long fight. He was a true legend in motor sport and he will remain so forever. My thoughts go out to his wife Suzie, his family, his friends #Stirling #F1 pic.twitter.com/6nRz0irtrl

A true icon of our sport.

Our thoughts and condolences go out to his family & friends.

Saddened to read of the passing of Sir Stirling Moss. A Formula 1 great, versatile racer and incredible ambassador for British and international motorsport. My respects and sympathies to his loved ones.

It is with great sadness that we acknowledge the passing of Sir Stirling Moss. Our condolences to his family & loved ones #F1 pic.twitter.com/XSZOeatnNd

Just heard the very sad news my dear friend Stirling Moss has died. He was my hero and such a kind man beloved by everyone. He was a true giant in our sport and will be missed forever. My deepest sympathy to his devoted wife Suzie. Rest in peace, Racer.

All at McLaren mourn the passing of a legend of our sport, Sir Stirling Moss. A prodigious competitor, supremely talented racer, and consummate gentleman, he leaves an indelible mark of greatness on the history of international motorsport. Our condolences to his family. pic.twitter.com/c3vdzTuFgN

RIP Sir Stirling Moss…
True legend, gentleman & icon of our sport. The end of a era, we won’t see the likes of these incredible drivers again. Thank you for all you’ve contributed & inspired. 🙏🏻 #stirlingmoss https://t.co/WQiVmBaTPk