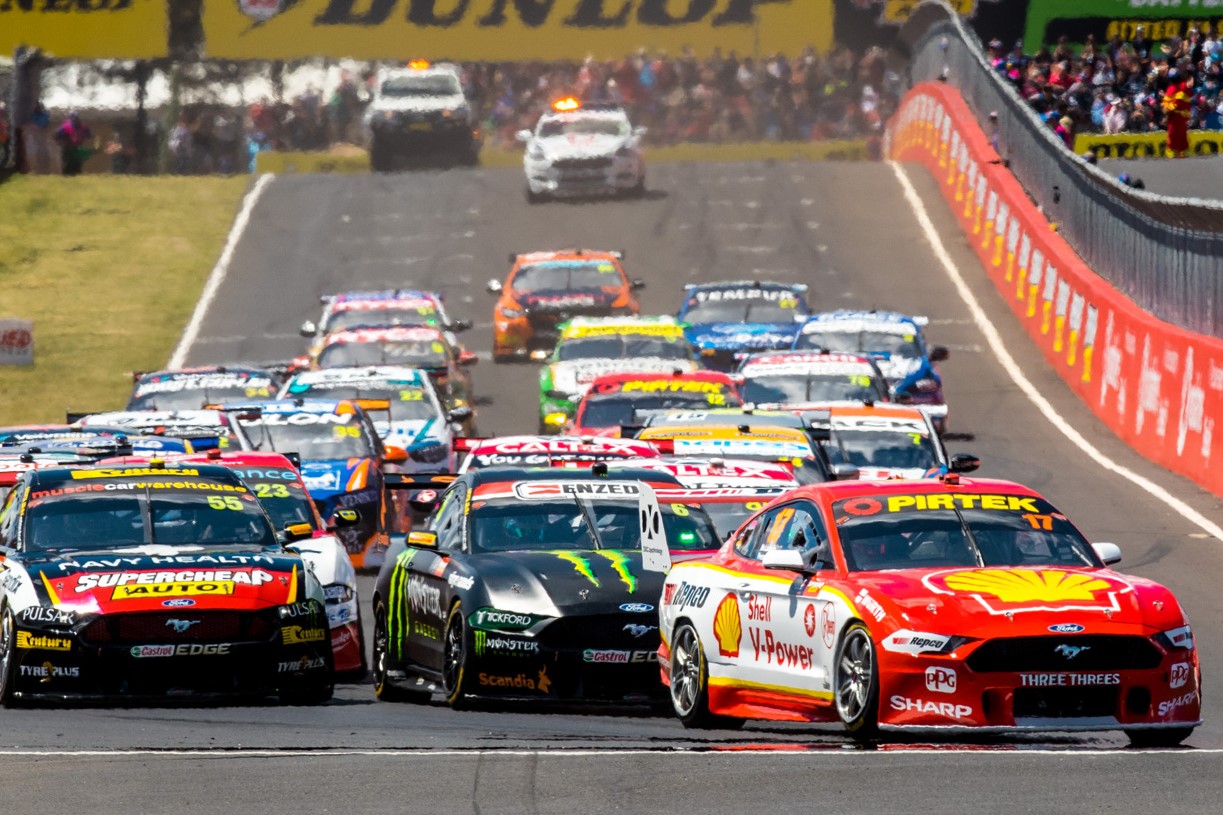 Supercars could end its season at the Bathurst 12 Hour

Supercars has earmarked the Liqui-Moly Bathurst 12 Hour as a possible final round of the calendar should it lapse into 2021.

The calendar has been in limbo since the coronavirus pandemic struck in mid-March and resulted in the cancellation of the Melbourne 400.

Since then, interstate travel has been restricted, requiring those who travel across state lines to self isolate for 14 days.

Supercars has already indicated the championship could stretch into the new year depending on when those travel restrictions are lifted.

Supercars is investigating how it can run television-only events with a ‘reduced footprint’ to get the championship back underway.

Speaking on the first episode of Supercars Sidetracked, category CEO Sean Seamer said next year’s Bathurst 12 Hour is being looked at as an option to host the season finale.

“It’s absolutely on the cards and under consideration,” said Seamer.

“It’s an event that we promote and it is an opportunity to capitalise on that. It won’t be another (Bathurst) 1000, we’ll have to think of something different like a sprint format.

“There is an opportunity for us to go there and to potentially finish the season there in New South Wales.

“We know we’ll be important to New South Wales if we can’t do (the final) at Newcastle.”

When asked whether the championship could cross into 2021, Seamer said, “That’s something we’ve been discussing with the team owners and also our broadcast partners.

“If we need to extend the season then absolutely we will do that.

“I think I’ve been pretty vocal, as a few people have been, about wanting to do more racing over Summer anyway. If we have to we will.”

“Everything is on the table,” added Seamer.

“This is a great opportunity for us as a sport to reset, to let go of some of the things that we’ve been holding on to, to innovate and do some things differently. I think we’ll have to.

“And if that means anything from potential midweek racing, to doing different things over the course of the weekend, it’s absolutely all on the table.”

Currently, the championship is slated to return on June 5-7 with the Winton Super400. However, Seamer said the date ‘could be challenged’ but a decision had not been made yet.

A date for the 2021 Bathurst 12 Hour has not been confirmed, but typically takes place on the first weekend of February.