POLL: Who is the greatest driver never to win an F1 title?

POLL: Who is the greatest driver never to win an F1 title? 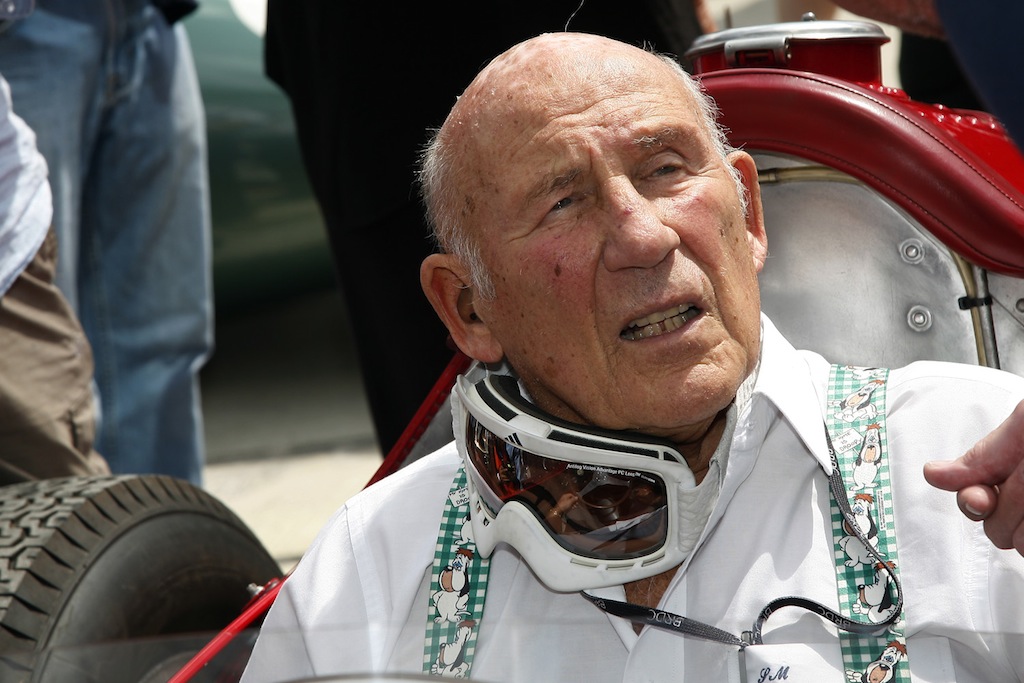 Sir Stirling Moss is regarded as the greatest driver to have never won the Formula 1 world championship. In this week’s Pirtek Poll, we want to know if you agree.

The legendary driver, victor of the 1955 Mille Miglia and dozens of other major titles, died on Easter Sunday at the age of 90.

One of the first truly professional drivers, Moss’ career was effectively ended in a crash at Goodwood in 1962 while competing in the Glover Trophy, leaving him in a coma for a month.

Though he returned in a limited capacity with cameo appearances after his recovery, his career in a professional sense had ended with a total of 16 world championship grand prix wins from 66 starts.

He finished second or third in the championship from 1955 to 1961 marking him out as an extraordinary performer to have never claimed the ultimate prize.

However, there are others that can also lay claim to being the greatest driver to have not won a world championship.

The reason for their failings are mixed, from poor luck or judgement, to falling victim to the sport during its most brutal period.

Our list is, of course, not exhaustive as there are countless others that could be included but for one reason or another we’ve been unable to in this instance.

A promising British driver, he was given a chance with Ferrari for 1956 and never finished off the podium, at least when he saw the flag.

He headed into the final race of the year, the Italian Grand Prix, on the verge of becoming the first Englishman to be world champion.

His title rival was team-mate Juan Manuel Fangio, the Argentinian suffering a steering arm failure towards the end of the race. In response, Collins stopped at the pits and offered up his car.

Fangio duly accepted and raced back to finish second to take his fourth world championship. Collins fell to third as Moss went through to win the race.

He would be killed at the German Grand Prix in 1958 while racing Tony Brooks.

Heading into the final race of the 1959 season three drivers had a chance of the title.

Moss retired early on, leaving Jack Brabham and Brooks battle it out for the title.

The Australian famously ran out of fuel on the final lap while leading, pushing his car over the line in fourth.

Brooks had raced by him in the process to claim third, but fell short of the title.

That story alone though masks a mid-season strike at the Ferrari factory which meant Brooks had to race a slow and unreliable Vanwall at the British Grand Prix.

Predictably it failed him, and he ended the ’59 season four points shy of the title.

At the penultimate round of the 1961 championship Wolfgang von Tripps lost his life.

The Ferrari driver was leading the world championship heading into the event, with team-mate Phil Hill his only rival.

A crash during the race saw the German killed, along with 15 spectators.

The race continued with Hill winning, doing enough in the process to take the championship lead.

With nobody in mathematical contention, he became world champion over von Tripps whose career ended with two wins, two second places, and two thirds from 1957 to 1961. 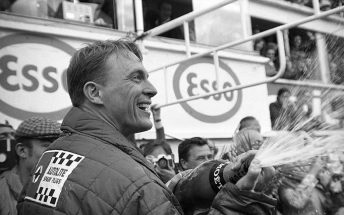 Racing for Brabham he claimed the team’s first world championship grand prix win in France in 1964, just as he had done for Porsche in 1962.

A strong 1965 saw him fourth in the standings with five consecutive podiums to round out the year.

There would be though just two more for the balance of a career which ran until 1970 as Gurney went off to found Anglo American Racers.

His operation ran out of money in 1968 while Gurney switched his focus from driving to team owner.

Gurney had experienced significant success away from Formula 1, notably in the 24 Hours of Le Mans, an event Jacky Ickx would latterly be called Mr Le Mans. 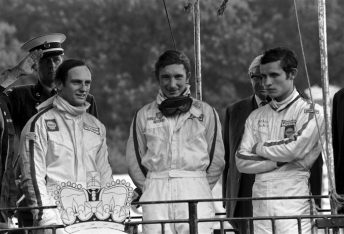 Ickx also won the Bathurst 1000 with Allan Moffat in 1977, and the Dakar Rally in 1983, proving his adaptability and skill behind the wheel.

In Formula 1 his career ran from 1966 until 1979 but was a largely haphazard affair with limited programmes.

From 1969 to 1972 there were full programmes, with Ickx winning seven races in that time.

He finished second in the title fight to Sir Jackie Stewart in ’69, and then to Jochen Rindt in 1970.

They would be as close to the title as he would get as his open wheel career slowly wound down towards the end of the decade.

Over the course of an eight year career, Ronnie Peterson chalked up 10 wins, finished second in the championship twice and third in 1973.

He raced for March during the early phase of his career before joining Lotus for the ’73 season during which he won four races.

There were another three the following year before Colin Chapman’s team fell into one of its periodic slumps.

He returned to March, and won in Italy in 1976, and then piloted the six-wheel Tyrrell P34B the following year.

For 1978 he joined Mario Andretti at Lotus, taking two more wins before dying following a crash at the start of the Italian Grand Prix.

Running almost in tandem with Peterson, was Clay Regozzoni’s career.

The Swiss racer burst onto the scenes with Ferrari in 1970, winning on his fifth appearance and finishing third in the championship despite missing five events early in the year.

He finished second again in 1974, losing out when a steering column drama meant he could do no better than 11th in the final race of the year – Emerson Fittipaldi finished fourth, enough to claim his second world championship.

There were three more wins and a host of podiums before a crash at the 1980 USA West Grand Prix left him paralysed from the waist down. Racing for Ferrari in 1982 the duo looked set to battle each other for the world championship.

However, a feud soon broke out at the San Marino Grand Prix which would ultimately see Villeneuve lose his life at the Belgian Grand Prix.

The Canadian quickly emerged as a superstar of the sport with a cavalier attitude and spectacular driving style.

He was rapid too, and won six times for Ferrari, working with Jody Scheckter in 1979 as the South African won his title.

For 1982 he was a serious title contender, only to perish during qualifying for the fifth round of the season.

Pironi’s career was more of a slow burn.

Debuting with Tyrrell he strung together a number of podium results, and a win in Belgium in 1980.

He joined Ferrari in 1982 and won that fateful day in San Marino ahead of Villeneuve.

Victory also followed at the Dutch Grand Prix, but a crash in the leadup to the German Grand Prix saw the Frenchman break both his legs, bringing an end to his F1 career.

Leading the world championship at the time, he still finished third despite sitting out the final five races of the year. In 2010 Mark Webber had his best shot of becoming world champion.

After serving his apprenticeship with Minardi, Jaguar, and Williams, Webber found himself with Red Bull as the team rose to ascendency.

He delivered his first win in 2009, and in 2010 hit his stride with four wins, including one around the streets of Monaco.

However, a crash in Korea hurt his title hopes before they evaporated completely in the final race of the season as team-mate Sebastian Vettel won the race and title over Fernando Alonso, Webber, and Lewis Hamilton – the quartet split by just 16 points.

Webber would also finish third the following season, and again during his final year in F1 in 2013.

Of our list of drivers, who do you consider the greatest to have never won a Formula 1 world championship? Cast your vote below in this week’s Pirtek Poll.