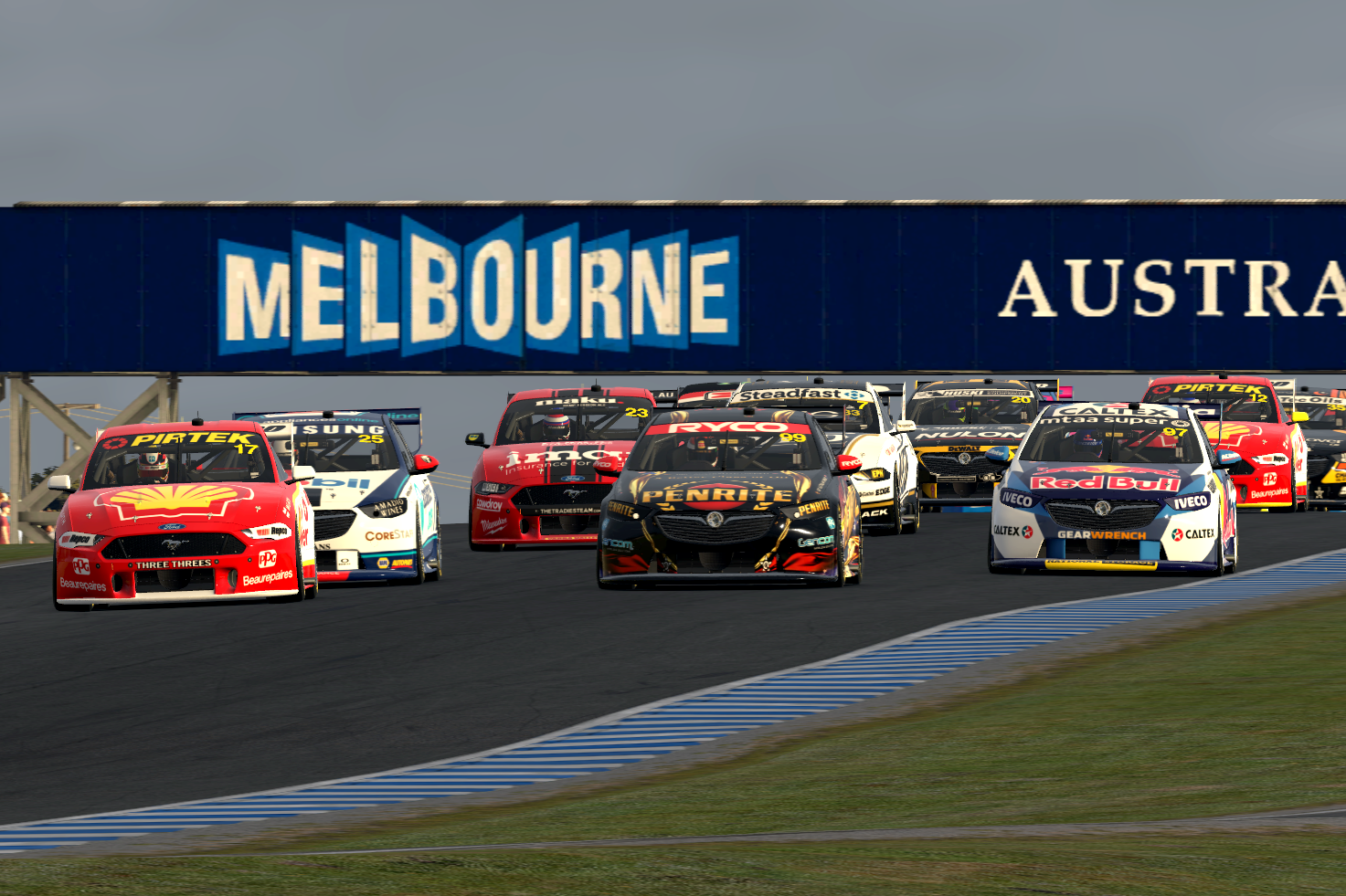 Driving Standards Observer Craig Baird said his job couldn’t have been much harder in a crash-filled first BP Supercars All Stars Eseries event.

The 10-week Eseries got off to a flying start with two races at the virtual Phillip Island Grand Prix Circuit and Autodromo Nazionale Monza.

Baird said he was glad to get through the first round of the competition.

“I’m pleased it was in the virtual world otherwise we’d be broke or dead,” Baird joked when speaking with Speedcafe.com.

“When they were racing, the racing was really good. The way the broadcast came across, dead set, you couldn’t have got it better.”

Following the first round there has been mixed reaction from the drivers up and down the 25-car field.

Baird said he hoped the drivers would take the Eseries more seriously.

“The guys at the front of the field are taking it really, really serious,” he said.

“The biggest thing is without consequence you’ll always have the guys that aren’t doing very well that will play the joker card.

“That part dragged it down, but I think as a platform for our first hit out at it I reckon it was really, really good and very entertaining.

“We probably need to minimise some of the Rick Kelly space shuttle maneuvers. It is funny a couple of times, but at the end of the day we want to go racing and it to look professional.

“We’ve got the odd one in the field that probably is just going through the motions.”

Baird followed the race remotely from the Gold Coast with Paul Morris’ son Nash Morris as his offsider controlling replays.

“Normally in a real race you might get one incident every five laps at worst, but we had 12 incidents every lap,” he said.

“What we probably need to decipher is that if the guys at the back of the field are playing silly buggers, then we leave them and cut them out (of the broadcast).

“It was coming through that thick and fast that you just had to give up a bit.

“Like the start of Monza. I don’t know what ref is going to put that fire out. That was an all-in brawl. At that point, the ref has to get the hell out of there.

The next round is set to take place on April 15 (19:00 AEST) with races at Silverstone Circuit and Circuit de Barcelona-Catalunya.

Baird commended the broadcast but said there are little changes that could be made from his side and the from drivers to improve the product.

“I think as a whole it’s come across really positive for everyone in the sport, whether that’s Speedcafe, Supercars, Foxtel, the drivers, the teams or the sponsors.”

Round 2 of the BP Supercars All Stars Eseries will be live streamed via Speedcafe.com.