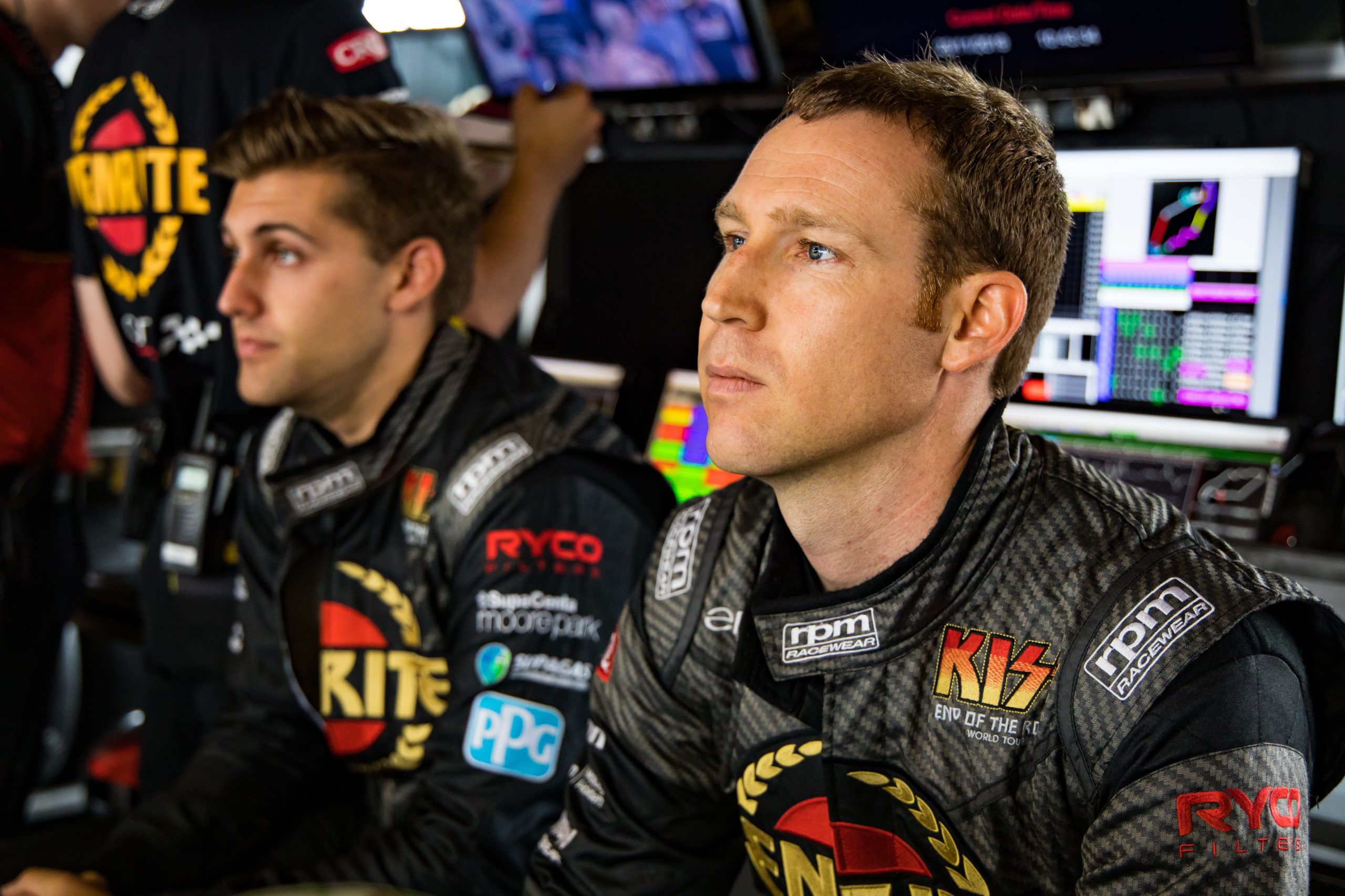 David Reynolds has revealed he found himself ‘half regretting’ a move to Erebus Motorsport at the end of 2015 but was soon satisfied with his commitment to the team.

Reynolds recently spoke with select media following the release of Inside Line: A season with Erebus Motorsport.

While there was a tinge of doubt in his mind about the move at the end of the 2015 season, ultimately he said it paid dividends.

“It was a strange time of my life at the end of ‘15 because I was winning races with the Ford team, one of the biggest Ford teams in pit lane at the time,” said Reynolds.

“To be left out at the end of that year without a drive and then to join Erebus (in 2016), it was almost like one of my last options that I had on the table.

“When I first joined, I was moving to Queensland to drive a Mercedes and basically stepping into Will Davison’s shoes. I’m good friends with him and I spoke to him a lot about it.

“I was kind of half regretting it at the start, but obviously they changed manufacturer over the Christmas break and moved to Melbourne. It was just really bizarre.”

At the time Reynolds joined Erebus Motorsport the team had only been in Supercars for three seasons having taken over from Stone Brothers Racing.

After just three years racing the Mercedes-Benz E63 the team shifted to Walkinshaw-prepared Holden Commodores. The team have since started making their own Supercars with Walkinshaw supplied engines.

Having come from the race-winning Ford team, Reynolds said the move to Erebus Motorsport and into a Holden was made easier by there not being as much pressure to perform straight away.

“If you move to a big team you’re expected to win,” he said.

“Whereas we weren’t expected to win. Now we’ve evolved into one of the bigger teams and we expect to do a lot better (…) the pressure grew organically within the team itself.”

Reynolds’ first season with the squad was largely a non-event. However, by the end of 2016 they had their first podium finish together at the season-ending Sydney 500.

Reynolds said it was a remarkable time for the team. Having been backmarkers for much of his first season with the team in 2016, Reynolds stood atop the podium at the Bathurst 1000 with co-driver Luke Youlden just a year later.

“When I first joined I thought ‘we’re never going to win a race in like four years’,” said Reynolds.

“That was the target I gave myself. If we can win a race in four years I reckon we would’ve done good, starting from where we did.

“Then we went and won the biggest race of the year 18 months later. Which is super fast and super scary in a way.”

Reynolds has gone through a self-described transformation since joining Erebus. He said the need for him to step up and lead from the front played a significant factor.

“For once I was the lead driver,” said Reynolds.

“To have that sort of role or position in the team, it makes you take more pride in your job day in and day out. That’s what’s really changed for me.

“I think I’ve done a good job so far, and hopefully I can continue to do a good job as one of the lead drivers.”

Reynolds said the transformation has not only been in himself but in the team as well, which has become a bonafide championship contender.

“In a very short space of time I saw everyone grow within themselves and become adults in the sport and do their job better,” he said.

“We all went racing and we all took steps together to get to the front of the grid.

“That was probably the best thing I’ve ever done is – not win races or anything – but watch a team grow to become the team that they are today.

“It’s not so much the result, it’s the journey I’ve had with everyone. I’ve been on the outside looking in I suppose, just watching it all happen and taking as little credit as I can.

“Obviously the driver does take the glory at the end of the day, which is silly. Every podium or win, I wish I could take my whole team up there.”

Ultimately, Reynolds said he’s never been happier in all aspects of life now that he’s committed to the team for 10 years to come.

“There’s only probably two other teams you’d go to in pit lane and they probably wouldn’t have me, so I’ll stay where I can for a long time,” said Reynolds.

“I’ve never been in this position before so I’ve got to keep the good times rolling and make hay while the sun is shining.”