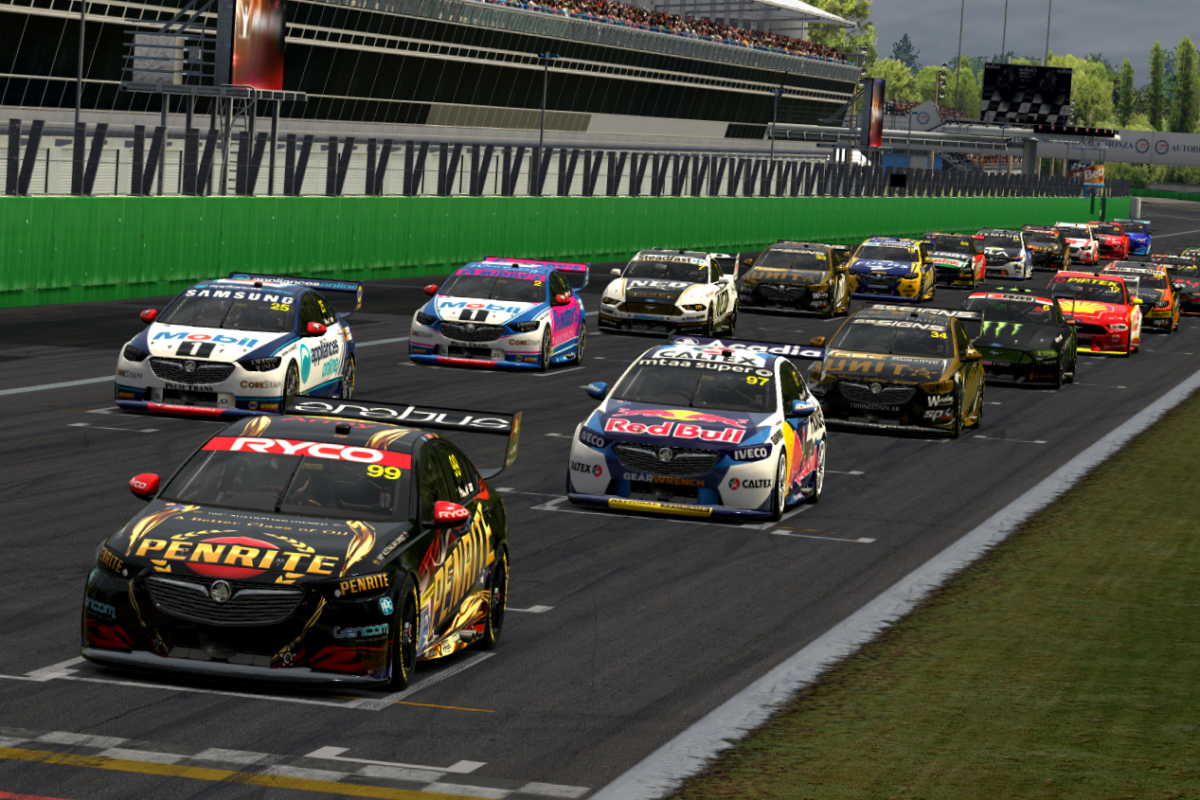 Format changes are expected for Round 2

Fans should expect changes to the race format in the second BP Supercars All Stars Eseries instalment says Nathan Prendergast.

Supercars attracted over 150,000 viewers for the first broadcast that saw 25 drivers race remotely from the comfort of their respective homes.

Speaking with Speedcafe.com after the first round, Nathan Prendergast, General Manager Television and Content for Supercars Media, said the first outing was a success by all accounts.

He said they still have work to do, which will include a change to the race formats.

“I think the race format will definitely be different, what it turns out to be I can’t tell you, but we will change the race format,” said Prendergast.

“I think that we got some amazing racing from both Phillip Island and Monza. There was a feeling that Monza was maybe too long. We’re going to address all of that.

“We also need to be realistic about what we can physically do with timings in the broadcast and what the servers allow us to do. We’re working on that and expect it to change for next week.

“We were very pleased with the way things rolled out. It was extremely successful. Obviously no live broadcast is ever perfect.

“But I feel like we found the right balance between a (traditional) broadcast and a gaming broadcast. I was really happy with the way it all came together with all talent and all competitors.

“I really liked being able to talk to David Reynolds mid-race. I’ve reached out to other drivers who will allow us to do that mid-session.

“I’d like to talk to more of them. It’s just a general evolution of what you saw just trying to add extra layers of detail and entertainment.”

The opening round of the Eseries saw two races take place at a virtual Phillip Island Grand Prix Circuit and one at Autodromo Nazionale Monza.

The latter brought carnage with two big crashes on the opening lap resulting in damage to almost the entire field.

Prendergast said the decision to have Monza as the first round came off the back of a highly successful race at the track in last year’s Gfinity Supercars Eseries.

“Monza was one of the best races that we had,” said Prendergast.

“The long straights, the high speed, and the passing opportunities created a good race.

“In hindsight, given the different levels of skill sets and how challenging that first turn is at Monza, we probably could have had an easier track.”

One element Prendergast was particularly happy with was how the drivers embraced their simulator set-ups with sponsorship hoardings.

“I was really pleased with how the drivers all got into their own sim environments and how they staged their own signage,” he said.

“Todd Hazelwood put a whole iMac computer next to his sim and built a video loop. Chaz Mostert set up a Woodstock Bourbon bunker.

“It’s one of the things that set our Eseries broadcast apart was just the amount of driver shots that we could access.

“The variety of it and the fact that we could humanise it by putting the driver’s faces into the coverage.”

Prendergast said the feedback he’s seen from fans after the first broadcast has largely been positive.

He was also pleased with the drivers providing a balance between serious hard-fought racing and ‘a bit of fun’.

“I was actually surprised at the percentage of people that took it seriously,” he said.

“I thought it was good that most, or the majority, of people were there to actually have a crack and be competitive.

“At the end of the day, when you jump in a race, these are all competitive guys, this is what makes them successful and it’s what got them into Supercars.

“If they had half a sniff they wanted to stay there. Reynolds, for example, was up the front at one stage and was pumped to be there, even though it was in his words semi-artificial because it was a reverse grid.

“I think it was good that some people just enjoyed being part of it and others showed proper race craft. I was really pleased with everyone’s involvement.”

The second round will see the Supercars race at Silverstone Circuit in the United Kingdom and Circuit de Barcelona-Catalunya in Spain.

Round 2 gets underway on April 15 at 19:00 AEDT and will be live streamed via Speedcafe.com.