Sutton and Tander win at Zolder in ARG eSport Cup

Sutton and Tander win at Zolder in ARG eSport Cup 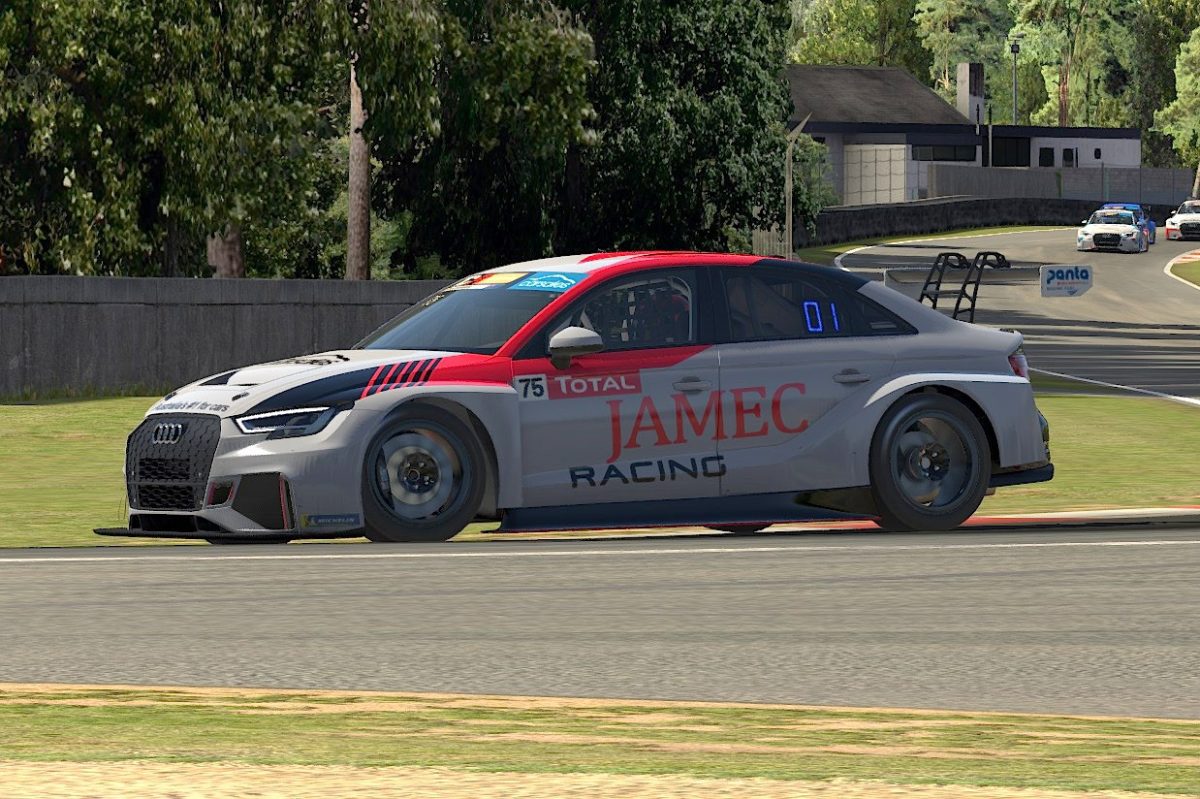 Having claimed a win in the opening round at Mount Panorama, Sutton continued his solid form at the virtual Belgian circuit to claim pole and go light-to-flag.

TCR Australia competitor Dylan O’Keeffe was also on the pace, but couldn’t keep up with Sutton and eventually came home in second place and 20 seconds adrift of the lead.

A chaotic first affair saw Toyota 86 regular Declan Fraser spinning on the front straight on the approach to Turn 1.

Moments later and TCR Australia title winner Will Brown was facing the wrong way at Turn 5.

Experienced heads John Martin and Nathan Morcom got tangled up in the race, Martin hitting the Armco barrier before getting collected by Morcom on his return to the asphalt.

While Sutton sprinted away from the field, the battle for second saw Herne usurp O’Keeffe briefly.

Herne eventually ended up in the gravel while former Supercars driver James Golding got caught up in the incident and was hit by Jay Hanson.

The second race of the night saw another dominant performance, this time by Supercars champion and Bathurst 1000 winner Garth Tander.

Sutton wasn’t so lucky in the second stanza of the night. He crashed into the wall before getting to Turn 1 and fell to the rear of the field. He eventually recovered to 13th.

Nic Carroll was the hard charger in the second race, passing Aaron Cameron and Jordan Cox to snag second place with a handful of laps remaining.

O’Keeffe was another standout, pushing on late in the race to edge out Cameron on the final lap and steal third place.

Cameron crossed the line in fourth but was later given a post-race penalty for cutting the final chicane.

With two podium finishes across the night, the eSeries is led by Dylan O’Keeffe on 129 points. Sutton sits second on 120 points while Herne holds third on 115 points.

Round 3 of the ARG eSport Cup heads to Watkins Glen International on April 16 for another double-header, which will be live streamed via Speedcafe.com.