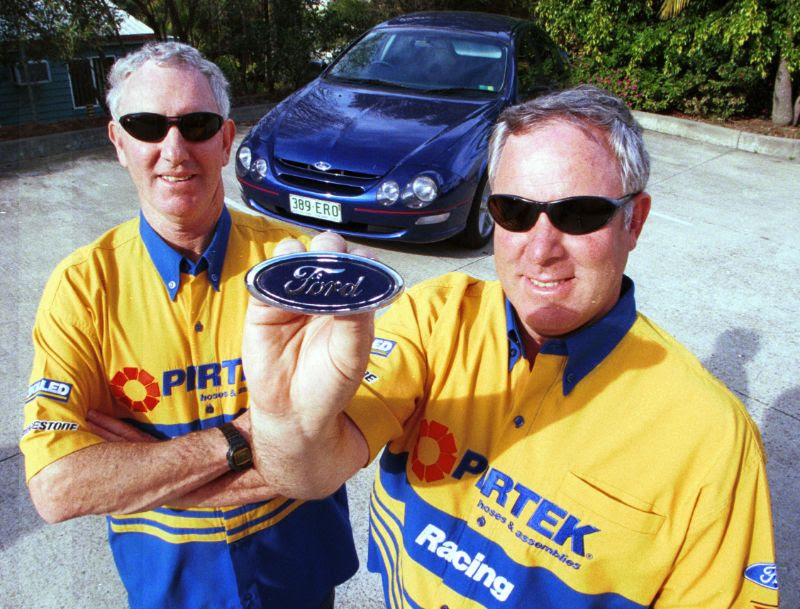 Three championships with Marcos Ambrose and Russell Ingall in the mid-2000s at Stone Brothers Racing were the cherry on top of a long and distinguished career for Jim Stone.

A racer himself, Stone travelled the globe as a mechanic and worked with some of the most famous names in motorsport.

It all started at the 1956 New Zealand Grand Prix, an event held at Ardmore, an airfield to the southeast of Auckland.

There he witnessed Stirling Moss race a Maserati 250F to victory ahead of Tony Gaze and Peter Whitehead aboard Ferraris.

“I knew then that I needed to be part of (motorsport),” Stone told Speedcafe.com.

“Even though my dad was a carpenter he was into cars on a big time, and me and my two brothers always had an interest in cars right from the start.” 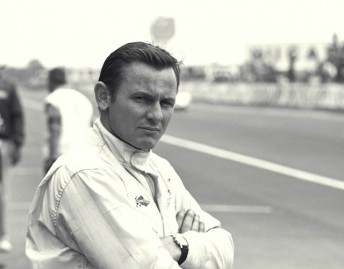 At 15 he began his apprenticeship and gained his competition license at the first opportunity a year later.

He competed in hillclimbs and on grass tracks until packing his bags and heading to Europe a few years later.

“In those days, Formula 3, you put your race car on a trailer and you bought a van and the driver and mechanic drove around Europe and got money to go to the Formula 3 races.

“Then he ran out of money and didn’t have enough money to run the McLaren, so in February 1969 I ended up getting ready to go to America to do Can-Am racing.”

For four years he worked for the burgeoning outfit, led initially by its founder, Bruce McLaren, before his death in a testing crash at Goodwood in 1970.

Stone described the opportunity to work for his countryman as “a dream come true”.

“I mean, that’s all I ever wanted to do was work for McLaren even years before that,” he explained.

“I think he had the vision of what he wanted to do at that time,” he added when asked what made Bruce McLaren a standout in an extraordinary period of motorsport development.

“He was a great leader and everybody just followed him.

“At McLaren, you only had to keep your mouth shut for 12 months and then after that you could say what you like and help with the designs, because the cars weren’t designed like they are today.”

The experience of working with Bruce McLaren, and with his team, left a lasting legacy on Stone that he was able to carry forward into his career when he returned to New Zealand in 1973.

“Can-Am finished and that’s why I finished,” he recalled.

“I did a couple of IndyCar races, but I really knew that I wanted to be back building cars in New Zealand, and that’s how we ended up getting to Australia to build Ford Sierras.

“I came home and started building cars in New Zealand,” he continued.

“We built a Formula Ford which won the championship, not with (brother) Ross driving but with another guy, Ross finished second.

“Then we built a Formula Pacific car based on a McLaren (M23), and brother Ross won the Gold Star Championship in New Zealand in that car in 1978.” 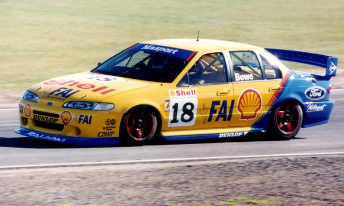 His career then led him to Australia where he worked on Ford Sierras with Andrew Miedecke and Andrew Bagnall, then joining Tony Longhurst before being headhunted by Dick Johnson to build the first Falcon.

“We won the championship, Bathurst, and two Sandowns,” Stone recounted of his time with Dick Johnson Racing.

“We built the first Falcon for Dick and John (Bowe) for ’94, for the first race was at Amaroo Park, which we won, which Dick won.”

Following championship success with Bowe in 1995, Stone embarked on a new venture with his brother and 1980 Formula 1 world champion Alan Jones.

Together the trio formed AJR as equal shareholders in 1996, an entity which would two years later become Stone Brothers Racing, with Ross as team manager and Jimmy running the workshop.

“I was never interested in all the politics, I only really took on the downstairs role with the boys, and that was where I was happiest and still am happiest,” he reasoned.

“I think one of the reasons we were so successful in those early days because I could lead by example.

“I didn’t have to tell people what to do. I could do it myself. And we had ended up with such a great team of guys because I wasn’t the boss, I was part of them.

“And even though I told them what to do, I was plenty capable of doing it, right till the end I never really gave up.

“Sure, I didn’t put the bloody doors together anymore, but was still there every time we did an engine or a set-up or anything like that. 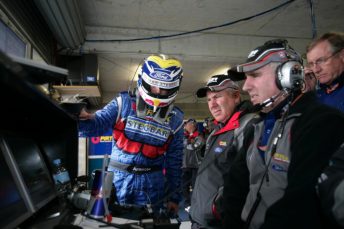 “I was very lucky that I surrounded myself with young guys and tried to keep up with all that new technology of CNC machines.

“That’s why I was able to keep all the boys in toe all the time because I made sure that I knew, not necessarily how to make them all work, but I knew how they worked and I could ask questions and they’d realize that I knew what I was talking about.”

Throughout his career Stone saw the industry change, and continues to now through his son’s Matt Stone Racing organisation.

A mechanic’s role now, he reasons, has evolved with the advent of engineers calling the shots.

“When I was at McLaren, there was no such thing as an engineer in those days,” he remembered.

“Today the mechanic’s role is much more of a sheet of paper and here’s what we’re going to do from the engineering.”

The business of motorsport, Stone suggested, has become taken over. Gone are the days where a team could be racers first and worry about the business second.

“Today everybody’s a businessman first and then the racing is an offshoot of what they would normally do,” he hypothesised.

“It’s a different era. We were dead lucky to get in when we did.” 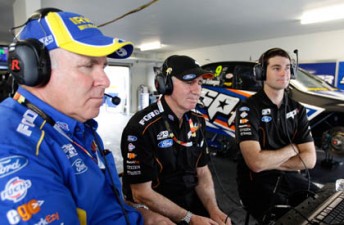 At the end of 2012 Stone Brothers Racing was sold to Betty Klimenko who rebranded it Erebus, the team having since taken on a successful life of its own.

During his tenure in the sport he made champions of John Bowe, Marcos Ambrose and Russell Ingall, and was instrumental in the careers of countless others like Jason Bright, James Courtney, and Shane van Gisbergen.

Throughout his career, Jimmy Stone was a key figure, a leading light in teams which dominated racing from Can-Am to Supercars.

Together with Ross, he was inducted into the Supercars Hall of Fame in 2016.